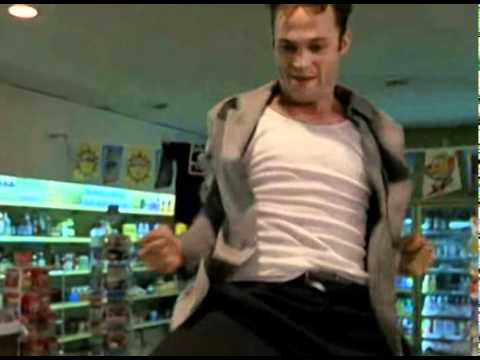 The turning of the clock. Another year gone. I’m now rooted in middle-age. Mikey’s all growns up, as Vince Vaughan’s character would shout in the 1996 film Swingers.

I’m not one for that BS. As a music blogger, I’ve avoided best-of lists for the better part of a decade. But I still find it worthwhile to update any devotees on what’s been happening the past several months.

A YEAR IN REVIEW

Back in November, I sent an email to the fine folks heading up KSVR and KSVU, the radio station I have devoted my Friday evenings to for the past six years. I’ll paraphrase it below:

I’m beat. I need a sabbatical.

And with that, I stepped away from my on air radio duties and into once again having a “Friday” night.

Friday is in quotations. That’s because, for the past six months, my work schedule has shifted to a Tuesday through Saturday timeframe.

These days I lead the marketing efforts at a Harley-Davidson dealership.

As such, I took a leap I never thought I would: I got my two-wheel endorsement and purchased a used, slightly-banged-up Harley-Davidson Iron 883 Sportster to zip around on.

Much of that is due to the drastic change in my schedule, going from an early morning-to-mid afternoon job to one where I start later and work longer hours.

I just haven’t found my routine. Contrary to the local record shop’s moniker “Lost in the Groove”, I’ve become lost without my groove.

My lack of creating weekly playlists for on air purposes has transitioned to making playlists on the digital streaming service.

There was a stint at the shop where we ran a playlist called The Birth of Cool on repeat for about two weeks. That lead to inspiration of my first playlist, a mishmash of post punk, avant-garde, new wave and a few other odds and ends.

I dubbed it Jukebox Rebellion after a seminal track off The Fall’s debut LP, Live at the Witch Trials.

A LOOK TO THE FUTURE

While I’m not one for all those new years resolutions and such, I do like setting goals for myself. Predominantly, a minimum number of miles to log on my bicycle, and financial safety-net goals. Here’s a look to 2018.

I’d like to find my cycling routine and get back in shape. Not quite sure what that looks like, but if I can meet the same number of miles I logged in 2017, I’ll be satisfied. I’m setting the goal at 2,200.

I’m also looking forward to logging miles on my other two-wheeler. As we head toward riding season, I see this being an easy feat. As such, I’m considering a transition of the dormant Skagit Bike Blog to cover both sets of two wheels.

On the financial end—and I don’t plan to go into too many specifics here—I’ve developed a set quantitative goals. Beyond that, my hope is to be able to maintain the continuation of paying off debts like my car (with a hopeful payoff date in Spring), the new motorcycle loan, and shoveling extra cash at the mortgage.

Rarely eating out, not going on luxurious trips, and living well within our means helps.

Finally, I’m hoping to blog a little more here on FensePost. Now that my radio show duties are nil, theoretically I’ll have more time to devote to enjoying my vinyl in other capacities. I’d love to see a new post on the site every one to two weeks, which doesn’t seem like much, but whatever.

So there you have it. Another year gone, another on the horizon.