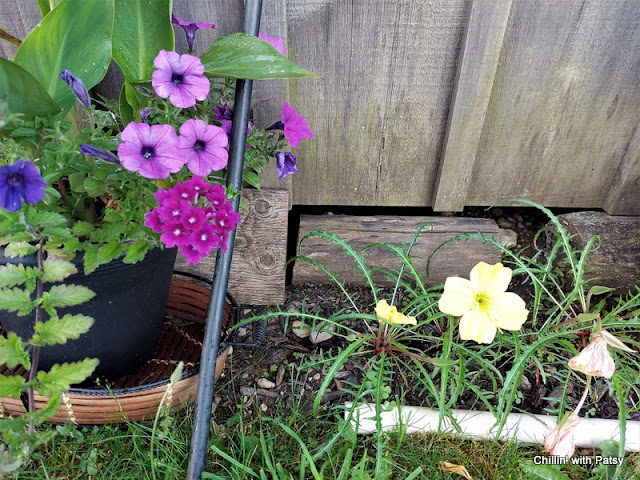 Jumping Right Back Into It, Then There's Gibbs

On Monday, June 27th it was like we stepped into another dimension. One where it was the early days of spring. Good grief! From having the a/c on yesterday to needing long pants, socks and shoes again this morning. It was 12C/55F when we got up. Bill was up before 6 getting ready as he had to drive to Mildmay for 7:30. It’s about 40 minutes. Ptooties will be his transportation for a few days at least. 😊

I was up and out the door shortly after 7 and went directly to Foodland for bread and then The Water Store to fill a bottle. Oh! That reminds me that the bottle is still in Black Beauty! (lightbulb) The Mat wasn’t too bad and there were 3 customers in and out while I was there for my hour. Back home, I drank the ‘to-go’ cup of tea that I left sitting on the kitchen counter and had some cereal.

For an hour Gibbs and I sat together, cuddling, until it was time for a quick walk outside for him and then I left for M’s around the corner. I thought I would be working on the Datsun but no, another client had brought their 2014 GMC Sierra pick up for a few touch-up jobs. They seem like small jobs but when you have to sand the spots, prime them and THEN paint the whole doors, it’s not so small. It is quick work, put it that way and M says ‘easy money’. 😊

We should be able to get it done in a few days. He’s coming on Wednesday or Thursday, I think, to see how we’re coming along. It’s a beautiful truck. The unfortunate thing is that the 2 bays were full with the ’91 Chev and the ’82 Datsun so I had to work on it outside. I’ve been spoiled with the heat we’ve had so I wasn’t dressed for it. However, I’d rather it be cool like this than with the humidity. 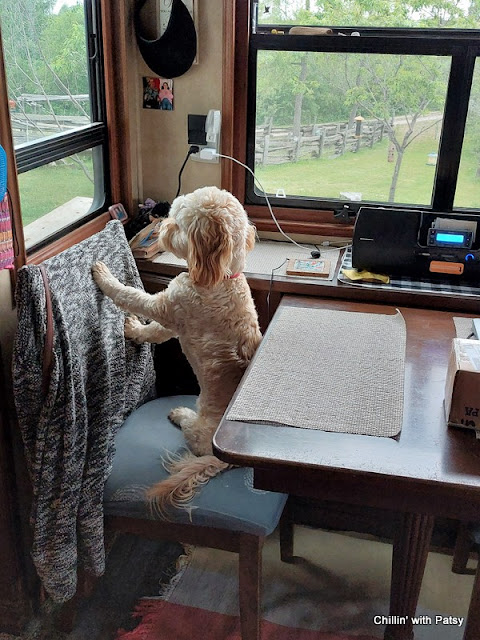 I borrowed one of M’s plaid hoodies and set to work. I managed to accomplish a lot without once checking the time. Before I knew it, two doors on river’s side were almost done and he said it was 12:30, time to go. Time really flew today so I must remember not to look at my watch next time. 😉 I like the 3 hour shifts so glad that is what he’s going with these days. I left and came home to the little bum, who is always happy to see Bill and I.

With my shower done, I planned supper and rearranged the canned goods cupboard. It got really bounced around from our trip to London. It always does when we travel so it’s nothing new. There are a couple more cupboards that need to be straightened but that’s for another day. I’m expecting a Norwex parcel to arrive today, I’ve had 2 notices saying so, but when we walked to the mailbox, Bill got his parcel instead. Hmm. Maybe mine comes Fedex or something else, can’t recall from previous shipments.

Bill came home just before 5 and we relaxed until it was time for supper. Tonight, we had beef stroganoff with corn on the cob. It was delicious and very filling. No dessert for me! We loaded the dishwasher; Bill made his lunch and that was our day. The sun came out around 6:45 and that was the nicest it has been all day. We reached a high of 15C/59F which felt colder than that because of the winds.

This has been a good day. Thank you for stopping by.

Jumping Right Back Into It, Then There's Gibbs