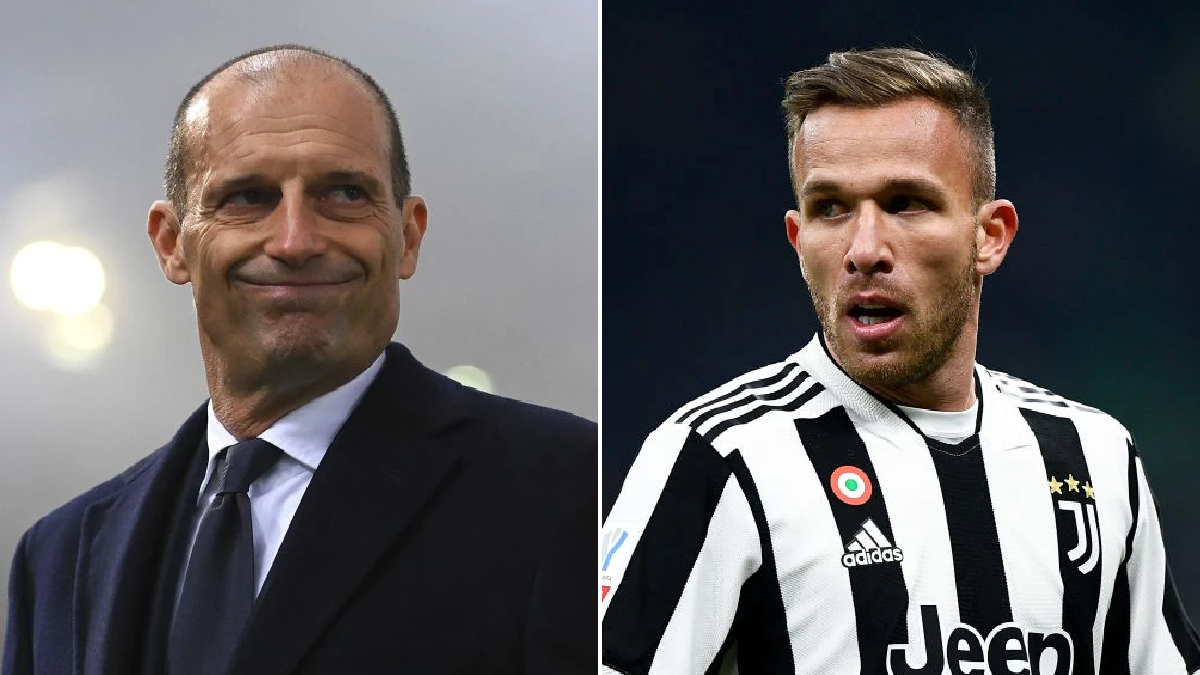 Juventus boss Massimiliano Allegri has dealt a blow to Arsenal’s hopes of signing Arthur Melo on loan by stating he expects the Brazilian to remain part of his squad.

The Gunners are looking to bring in a new midfielder before the end of the January transfer window after Mikel Arteta conceded his squad were suddenly ‘very short’ in the middle of the pitch.

Ainsley Maitland-Niles was allowed to join Roma on loan and Thomas Partey is at the Africa Cup of Nations with Ghana, while Martin Odegaard has picked up an injury.

Arsenal had looked at Lyon’s Bruno Guimaraes but were put off by the French club’s £37.5million valuation, instead turning their attention to Juventus’ Arthur.

The former Barcelona midfielder has only featured sparingly this season, starting just three Serie A matches for the Old Lady, and there had been suggestions he might be available for loan this month.

Arsenal are even rumoured to have reached an agreement with Arthur after talks between the player’s camp and technical director Edu.

However, Juventus do not want to let him leave until a replacement is signed – having been linked with Chelsea’s Ruben Loftus-Cheek – and now Allegri has confirmed that he expects Arthur to remain part of his squad for the rest of the season.

Asked about the speculation linking Arthur with a move to Arsenal, as well as the rumours surrounding Alvaro Morata, Allegri responded: ‘I have already said it, this is our team and we need to complete the season with the current squad in the best possible way.

‘This means reaching the top four in the league and progressing in the Champions League, and on Tuesday there is the Coppa Italia. We are growing as a team, we just have to stay calm.’

Edu knows Arthur well having been part of the Brazil setup when he was first called up to the national team in 2018.

Juventus agreed a total package worth around £68million for Arthur when he left Barcelona in what was effectively an elaborate swap deal for Miralem Pjanic and if he does leave on loan the Italian giants will demand a massive option-to-buy within the deal.