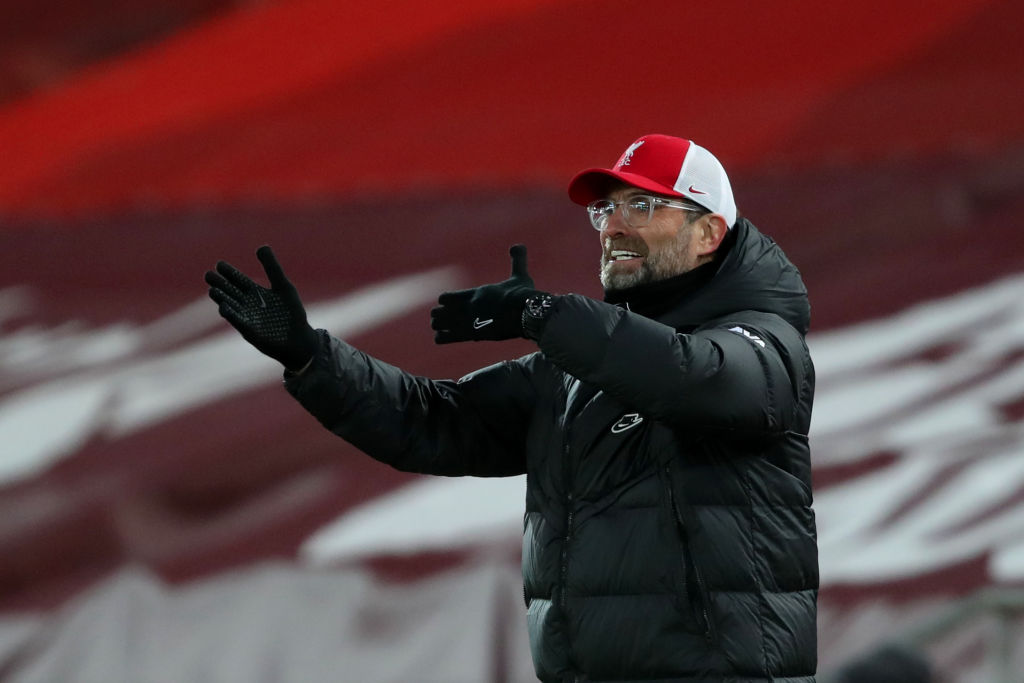 Liverpool could be ‘fighting for their lives’ just to make the top four, reckons Jamie Carragher

Jamie Carragher feels Liverpool could be ‘fighting for their lives’ just to make it into the Champions League places, never mind win the Premier League title, after defeat to Burnley on Thursday night.

The Reds suffered their first defeat at Anfield in the Premier League since April 2017 thanks to a late Ashley Barnes penalty.

The result has left Jurgen Klopp’s side fourth in the table and six points off Manchester United at the top of the division.

They have gone five games without a win and now four matches without scoring a goal in a stunning loss of form after a solid start to the season.

Liverpool have big Premier League clashes coming up against Tottenham Hotspur, Manchester City, Leicester City and Everton over the next month and Carragher knows that if they don’t improve their form, just a top four target could prove tough to meet.

‘For whatever reason this season it’s, not just dropped off, but massively dropped off in the last four or five games.

Jurgen Klopp identifies the problem with struggling Liverpool side

‘There’s so many teams who will fancy their chances this season in terms of that goal.

‘At this moment, Liverpool are massively out of form and have got a really tough run of six of seven fixtures to come.

‘If they don’t go well, they’ll be completely out of the title by then, by the middle of February.

‘Between now and the end of the season, if that happens, Liverpool will be fighting for their lives to make sure they’re in the Champions League next season.’

Liverpool are next in action on Sunday afternoon in the FA Cup fourth round against Manchester United at Old Trafford, before returning to Premier League action at Spurs four days later.

MORE : Jurgen Klopp and Sean Dyche in half-time dust-up during Liverpool vs Burnley

Liverpool could be ‘fighting for their lives’ just to make the top four, reckons Jamie Carragher