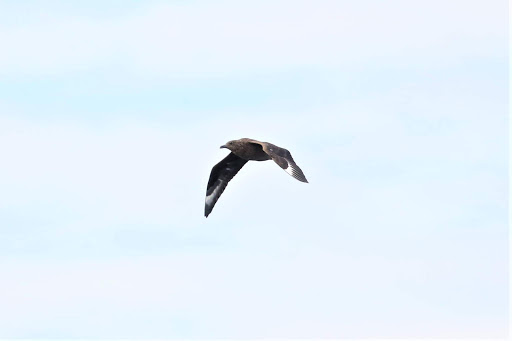 
We have been offering two trips on President’s Day weekend for over a decade now to give our participants the best chance to see a Great Skua off Hatteras. This was our only two-trip winter weekend, and the weather presented a bit of a challenge. Saturday was rainy with strong winds forecasted for early afternoon, so we decided to push the trips back a day. The wind did come as predicted and it blew hard from the north well into Saturday night. By Sunday morning though, the wind had mostly fallen out and we had an easy ride up to Diamond Shoals.

The water was cool- around 50 or so between the inlet and the shoals- and we saw a good number of Razorbills along the way. We also had a good following of gulls behind the boat and when we got up on the shoals there were good numbers of gannets on the horizon. There were some clouds, but the sun was coming out, such that there was some glare on the bow. It was a good set up for seeing a skua and sure enough a Great Skua appeared suddenly off the starboard bow. I saw it soon enough to alert everyone on deck and fortunately our skua kept on coming and stayed in view for a few minutes. It was a lifer for many aboard and the main reason most had come out for the trip, so success was ours when everyone had a good look. It was only 8:35 and we had reached our goal! (photo by Peter Flood) 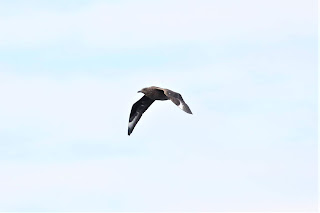 Given that we had plenty of time on our hands, I decided to tack offshore. It seemed the best plan for adding some diversity to our bird list. The water was warmer just a few miles out, but there was no hard edge to be found. We eventually found 70 degree water out near the shelf break and a Black-capped Petrel came by close enough for a decent look (photo Lev Frid). 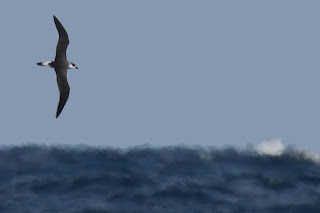 A few miles farther out to sea a Manx Shearwater decided to join our feeding flock for a while and put on quite a show for several minutes. Otherwise it was pretty quiet offshore, so I tacked back in toward the cooler water. Along the way we saw another Black-cap inshore of the shelf break. We also picked up and Iceland Gull after we got back in the cold water. Razorbills had mostly settled down, but we did see several on the ride back to the inlet.  The wind actually picked back up from the north in the afternoon, so we were fortunate to have a nice weather window for getting out on Sunday.

By Sunday evening the forecast looked less than ideal for Monday and I wasn’t sure if we would make it or not. It pretty much depended on how hard the wind came on from the south and the duration of it. Early on Monday morning I was pleased to find it wasn’t blowing all that hard. There was still some wind offshore and a bit of swell, but we had an easy bar crossing and a nice ride up to the east. I elected to head to Outer Diamond Shoals instead of crossing and we found a good number of gannets feeding there. It was cloudy and I had high hopes for a skua, but we had to settle for an Iceland Gull instead (photo Kate Sutherland). 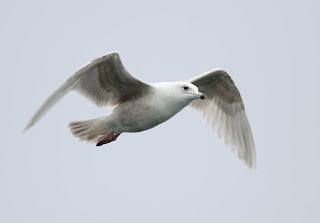 With no skua to be found on the shoals, I decided to stay inshore and I worked up the coast in the zone where we have seen many skuas over the years. Unfortunately, there was not much to see, let alone a skua. We did pick up an interesting gull that we identified as a Nelson’s Gull- the relatively common hybrid between Glaucous and Herring Gulls (photo Kate Sutherland). 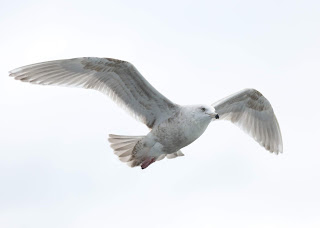 Working back down the beach and a few miles inshore we found good numbers of Razorbills and a few flocks of Bonaparte’s Gulls. A couple of our participants had a quick look at a Dovekie, but we were in choppy seas and could not relocate it.

We found calmer conditions on the west side of Diamond Shoals. Birds were a bit sparse, but there were a few flocks of Razorbills headed east. A couple of Humpback Whales were showing briefly on the surface and I headed closer to investigate. They were spending a lot of time underwater and I stopped to wait them out. Then they appeared very close on the starboard side. We were all a bit shocked when one of them suddenly breached just 50 feet from the boat! I wasn’t ready for it, but a few folks had their cameras ready and got the images of a lifetime! (photo Kate Sutherland) 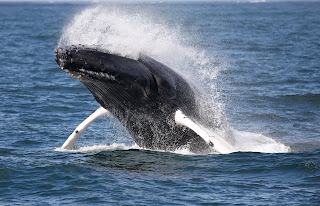 Then the whale swam right under the pulpit and surfaced on the port side, close enough to smell its breath. I’m not sure what the breaching was about, but maybe it was a territorial thing as the two whales were in very close proximity to each other. Whatever the reason, it was awesome to see it and it made up for a pretty slow day bird-wise.

I would like to thank everyone who came out for the trips this weekend, especially those who came for both days. Our crew also did a great job. This weekend it was Kate Sutherland, Peter Flood and Lev Frid, and they worked together like a well- oiled machine. These were our last winter trips for this year and we are looking forward to the spring. There are plenty of trips and all of the dates still have availability. See our schedule at www.seabirding.com 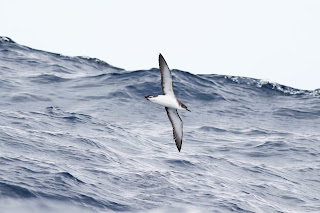 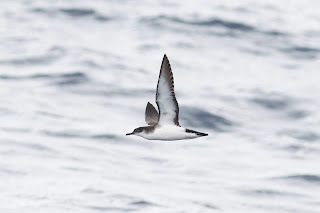 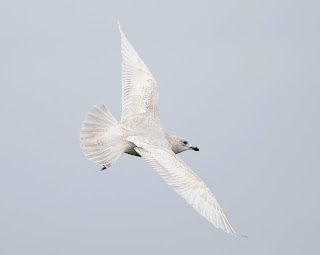 And one from the trip on Monday (Kate Sutherland) 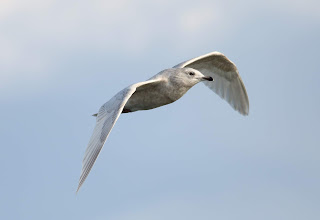 Another image of the "Nelson's" Gull from Monday (Kate Sutherland) 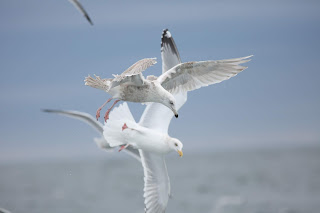 & a dorsal view of this same bird (Kate Sutherland) 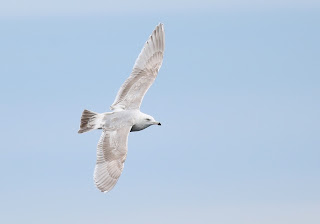 A couple of Razorbill images from Monday's trip (Kate Sutherland) 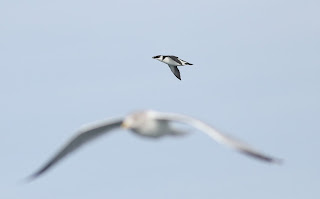 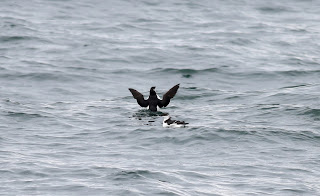 We had nice numbers of Northern Gannets each day, but not quite what we saw earlier this winter!  (Peter Flood) 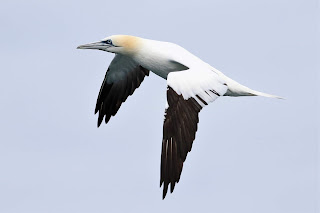 Lesser Black-backed Gulls were around on every trip this winter, and are excellent subjects for photography!  (Peter Flood) 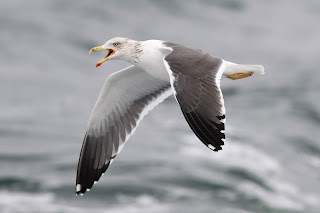 & finally a few more images of the Humpack (top by participant Kenneth Kelly, other by Kate Sutherland) 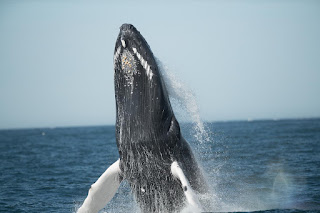 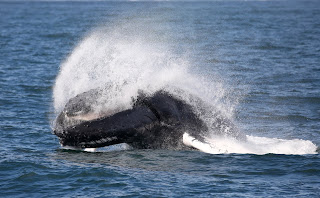