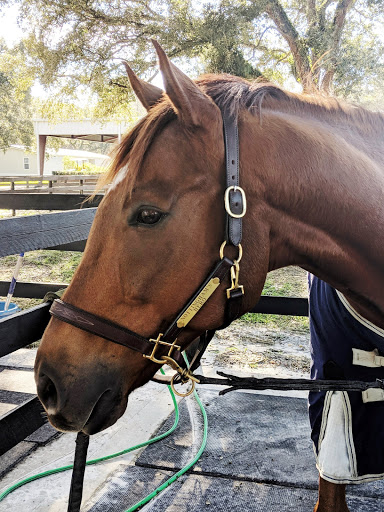 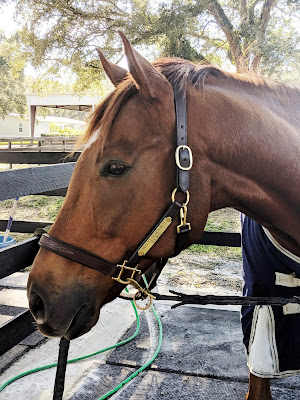 I think the last lesson that I posted about was the one in which Hero started out great, and then decided he would rather be a crazy broncho.


The week after that Hero and I had a lesson with my old trainer who has now moved to the new barn and it was not the best lesson ever.  Hero didn't buck which was good, but he also was super slow and lazy (we did 9 strides in a 6) and I wasn't really feeling super confident to push him forward after the previous buck fest.

So it was sort of an equally bad lesson, just in the opposite direction. 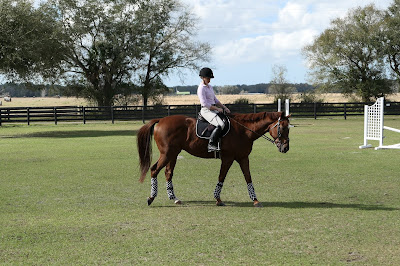 My best friend from back home was in Florida this week, so I signed Hero up for a training ride with my old trainer while I was gone.  There were some new tall (2'6"-2'9") planks brought out with all sorts of different patterns on them that Hero has never seen.

I've never seen them either, they must have some super secret jump storage room they keep stuff in to keep it changing and fresh for the horses.


Anyways, I warned my trainer that Hero hadn't jumped either of them and that I would guess that he was going to buck and sure enough she said the first time he jumped them he over jumped by several feet and landed with his head between his legs.  She said he really needed a trainer ride!

It sounds like by the end of the ride he was pretty calm and well behaved again, and was overall nice and forward to all of the other jumps. 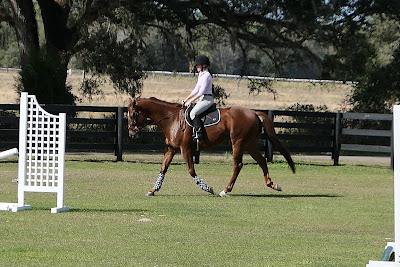 I had a lesson with Hero and my new trainer on Saturday.  My fiance came to take pictures, but I still need to upload and edit them.

Hero warmed up a little lazy and was super lazy over the first cross rail, even starting to jump from a canter.

After that I was able to get him moving for our main rounds and the course road really nicely.  We added in one of the "scary" big gates which Hero jumped tentatively the first time, but after that was forward and jumped it well WITHOUT any monkey business on the other side of the jump. 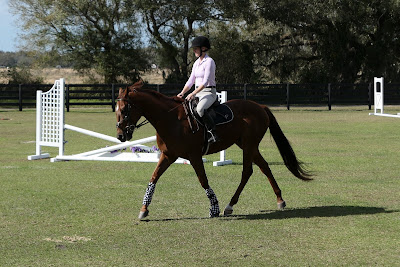 So overall it was a good lesson and I felt like we were back to where we ended the previous few lessons before Hero decided jumping was exciting again.

I don't think I've talked about the trainer situation on my blog yet, but basically my old barn has finally sold and will no longer be a hunter/jumper barn so my old trainer has moved about 7 horses to my new barn and will be sort of a second trainer there.  She goes to fairly similar shows to my new trainer (local rated shows, HITS, and the schooling circuit that I love so much) so for the most part they will have their own clients and my old trainer is teaching lessons around when my new trainer is teaching.

I like both of them, and don't really want any hard feelings on either side, so I talked to both of them and said exactly that.  Thankfully they both seemed to understand and said they don't mind if I ride and train with both of them, so I plan on switching back and forth (which will be super helpful when one is gone for a show and the other isn't).  I did also tell my new trainer that if for some reason it doesn't work out having my old trainer at the barn and she leaves that I'll be staying- I LOVE this barn and don't plan on ever leaving, especially since there isn't anything comparable in my work radius.
It's so pretty! 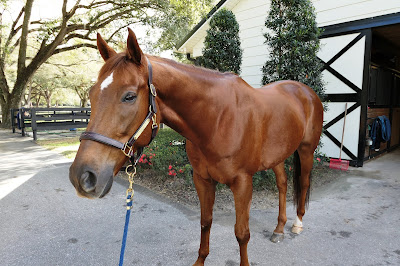 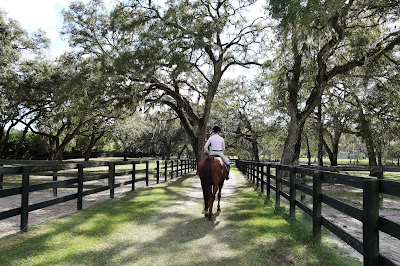 It's really fun to have my old barn friends and trainer at the new barn, it really feels like the best of both worlds combining, and I think having two trainers teaching me and riding Hero will only benefit us both in the long run!!
Source: jessandprinceofthieves