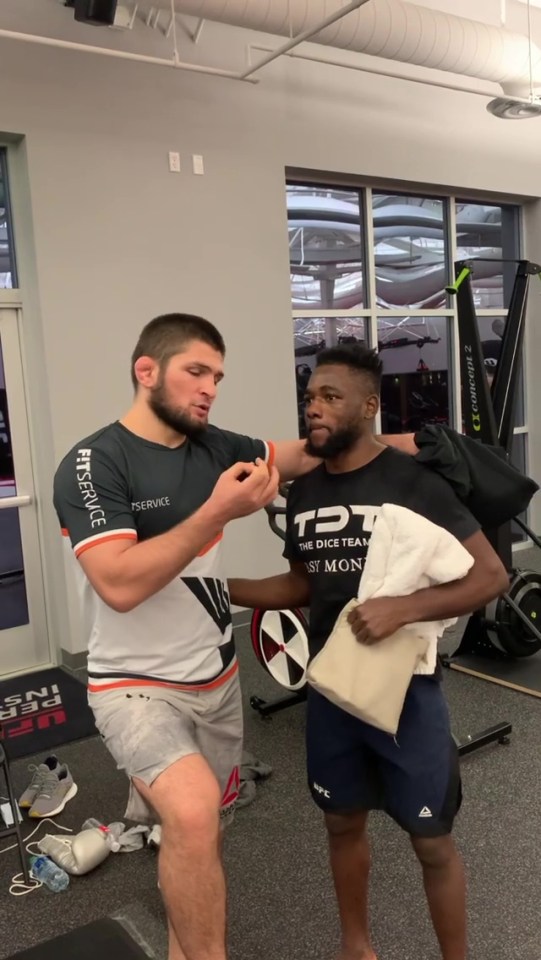 KHABIB NURMAGOMEDOV showed off his encyclopaedic football knowledge in an Instagram video with stable-mate Manel Kape.

The UFC legend is an avid Real Madrid fan, and once claimed he prefers watching football to MMA.

So it comes as no surprise that the unbeaten Russian has learned a thing or two from superstar Ronaldo.

In a video uploaded to Instagram by Nurmagomedov’s coach Javier Mendez, Khabib correctly lists every Champions League winner from 2005.

Nurmagomedov then has a laugh at Kape’s expense, claiming his training partner knows nothing about football.

“Please Manel. Please. Coach, listen, if you don’t know nothing about the sport, how do you know how to play the sport? How? This is impossible.”

Nurmagomedov recently watched PSG’s 4-1 away win at Barcelona, and urged Dana White to take the UFC to the Nou Camp.

After his retirement in October, Khabib joked he was going to make his debut on the pitch.

He even received an ambitious offer from Russian third tier football side FC Kamaz, who were willing to take the MMA star on trial.

Khabib hung up his gloves after the first fight since the loss of his influential father Abdulmanap, who passed away aged 57 in July.

But with Nurmagomedov one win away from achieving his dad’s dream of 30-0, White is hoping the Dagestani hero will come back for one final fight.

As a result, Khabib has kept his UFC title, with the lightweight contenders fighting to determine a No1 contender for the belt.

Khabib has met with Dana White to discuss a UFC comeback[/caption]
Source: thesun.co.uk