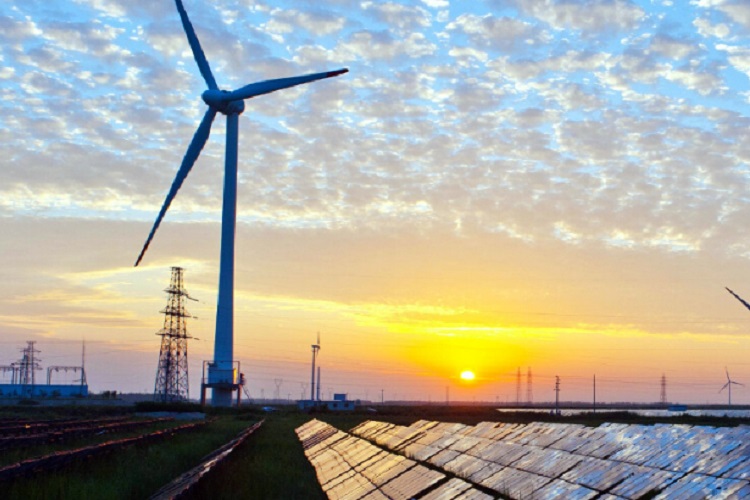 As a result of the COVID-19 pandemic, economies across the world have seemingly slammed on the brakes. As a result, the world has witnessed a vast reduction in driving, flying, maritime shipping, industrial activity, and international commerce in general.

The meltdown of the global economy has been absolutely devastating for fossil fuel commodities such as coal, gas and oil, due to a precipitous drop in energy usage unparalleled since the Great Depression of the 1930s.

According to the International Energy Agency (IEA), fossil fuel demand has fallen seven times more than it did during the 2008 global financial crisis—and could be wiped out for decades to come, even after the pandemic subsides.

However, the crisis unleashed by COVID-19 could open the door to a broad transition to renewable energy, especially as new projects including lower-cost wind turbines and solar panels are increasingly rolled out, Science magazine reports.

“The plunge in demand for nearly all major fuels is staggering, especially for coal, oil and gas. Only renewables are holding up during the previously unheard of slump in electricity use.”

Last year, low-carbon technologies overtook coal as the leading source of electricity worldwide for the first time in 50 years.

They are set to extend their lead in 2020 to reach 40% of global electricity generation. pic.twitter.com/DTUsJLzAUg

And in a bit of good news for our suddenly cleaner skies and waterways, clean electricity could be here to stay—and could even help roll back increased global carbon emissions over the past years.

According to the IEA, the world’s CO2 emissions could fall by as much as 8 percent this year, or roughly 2.6 gigatons, as a result of the pandemic—the largest drop ever recorded.

Global energy demand is already expected to drop by a massive 6 percent in 2020—an amount the agency described as “unprecedented,” and “the equivalent of losing the entire energy demand of India.”

Meanwhile, demand for gas will likely fall by 5 percent following a decade of uninterrupted growth, the sharpest fall ever since gas became widely used as a source of energy in the second half of the twentieth century. Coal demand will also fall by 8 percent compared to 2019, the largest decline since the end of the Second World War.

In the meantime, demand for renewable energy is expected to grow by 1 percent this year, thanks in part to a 5 percent increase in the use of renewables owing to the low fuel cost of electricity generated by sunlight, wind, and hydroelectric dams.

"#Coal is set for the largest decline since WWII, alongside sharp reductions for gas & oil. Nuclear power is less affected by lockdown measures, while renewables are the only energy source on the rise in 2020."

The crisis has also shown the pitfalls of relying on fossil fuels, which require costly storage systems and extensive supply chains to move fuel from its source, noted energy policy expert Daniel Kammen. He added:

“Those costs are always there. But when there’s so little demand for fossil fuel, what you’re seeing is the infrastructure to move it around has been overwhelmed.”

However, Birol and the IEA are confident that the growth in renewables should signal a shift from fossil fuel companies toward generating clean energy. However, this transition to clean energy should be incentivized by governments who can ensure that any economic stimulus packages include provisions for a green economy.

“It is still too early to determine the longer-term impacts.

“But the energy industry that emerges from this crisis will be significantly different from the one that came before.”

It. Can. Be. Done. Scotland to Reach 100% #RenewableEnergy This Year: https://t.co/Dqhzdz4clc

We have the solutions to this crisis. Time to ditch fossil fuels and implement them. #ActOnClimate#ClimateEmergency #ClimateAction #Renewables #GreenNewDeal pic.twitter.com/7fc1Kh91oq