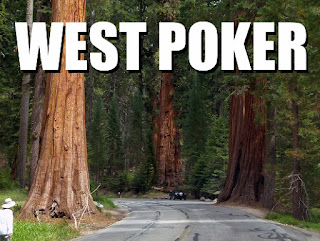 My Last, Unpublished Ante Up Column

There is no April issue of Ante Up, either.  I wrote a column for it which I sent in a month ago.  But seeing as how there are no poker rooms operating anywhere in the U.S., the editors decided there was no point in printing up an April issue, since most of the circulation of the magazine is the copies they distribute to poker rooms for free.

So here is my column that you will not find in any poker room anywhere, if you can even get into a poker room, which currently, you cannot.

Before you read it, if you are going to, let me explain.  Around this time of year, I do previews of the Vegas summer poker series being held around town simultaneously with the WSOP.  As my deadline last month approached, I knew I had to get started--if at all possible--on the previews.  There generally are seven rooms that run series, so in a perfect world I would be able to split them up, three or four in April, the others in May.  The last thing I want is to have to do all seven in May, I wouldn't be able to do justice to any of them.  Unlike my regular blog posts, I can't make my column as long as I want, I have a strict word limit.

So I begged all the room managers and TD's at the rooms for their schedules.  Even a rough draft, one that hadn't received final approval, would be ok, so I would have something to write about and be able to spread everything out over two columns.  Plus, if none of them showed up for the April issue, I'd basically have nothing to write about for that issue!

Well, the folks at Orleans, Venetian and Golden Nugget, bless them, came through for me and I had my column.  At the time I wrote this, I knew there was a chance that maybe world events might possibly impact Vegas summer, but I had to write as if nothing would change.

So I want to thank the managers of those rooms for helping me out.  And now I am presenting a column--and who knows if anything I wrote is relevant.  Are any Vegas summer series going to take place?  All I can say is that as I post this, I have not heard officially of one cancellation of the Vegas summer events. And as of now, the WSOP has not been cancelled or postponed.  Will it be?  I'd say there's a pretty good chance.

So it might be sad to read this, and I'll understand if you want to skip over it, seeing all the events I talk about that will likely not take place.  But perhaps it will make you feel nostalgic for a time when things were normal and we could all be looking forward to a regular summer of Vegas poker. And maybe there will be a miracle and these events all will take place?

With that, here is my column.  I usually say "Enjoy!" before posting these columns but I'm not sure any of you can.  Note:  I'm including the editor's note from the website.

Editor’s note: Ante Up refrained from publishing its April issue because of the COVID-19 pandemic. While most of the news in the issue would have been obsolete, we are publishing online what we deem still newsworthy. There’s no predicting the future so while we may be mentioning some upcoming events, there is a very good chance they will be canceled as well. So, be sure to double check with poker rooms before returning to them.
The Orleans Summer Series was scheduled for May 29-July 7 in Las Vegas. It starts with a five-starting-flight event over that opening weekend (one on Friday, two each on Saturday and Sunday). It’s called Wild Deuces NLHE and has a $222 buy-in and a $222K guarantee.
Most weekdays at 11 a.m., the series runs a $150 tournament with a $25K guarantee. The evenings feature mostly disciplines other than hold’em, usually for $150.
The room is running its regular, hugely popular Friday night tournament, a $130 buy-in with a $20K guarantee during the series, starting at 6.
Two-day championship events with $400 buy-ins run June 6 for PLO, June 7 for HORSE, June 14 for Omaha/8 and June 21 for PLO/8. All of these have $50K guarantees. The $400 eight-game mix championship runs July 5-6 and has a $40K guarantee.
The two-day, $300 LIPS championship runs June 20. The $400 Seniors Poker Tour championship runs June 13-14.
The $400 NLHE championship has five-starting flights beginning June 26 and has a $400K guarantee, finishing up on June 29.
New this year is a Final Table Freeroll. All players who make a final table through July 2 are eligible for a $20K freeroll on July 3. Players who make more than one final table will start with extra chips. The first-place prize is $5K. The top 21 finishers will cash. See the ad on Pages 24-25.
VENETIAN LAS VEGAS: The Deepstack Championship Poker Series is slated to kick off May 4 and runs until July 26. There are numerous events with guarantees of $1M-plus.
The first of these is a $1,100 Mid-States Poker Tour event with four starting flights beginning June 1. The guarantee is $3M. Then a $1,600 MSPT event with three starting flights begins June 8 and features a $3M guarantee.
A $1,100 seniors tournament has the first of its two Day 1 flights June 15 and offers a $1M guarantee. The three-starting-flight $1,600 monster stack starts June 24 and has a $1.5M guarantee. There are two $1,100 Summer Saver events, each with a $1,100 buy-in and $1M guarantee. The first Day 1s for these are July 3 and July 7, respectively. A two-starting-flight $5K event begins July 14 and has a $2M guarantee.
A $1,100 pot-limit Omaha championship has two Day 1s beginning June 6 and guarantees $400K. The PLO/8 version with the same details starts June 28. The two-day LIPS event starts June 14 and has a $50K guarantee.
The two-starting-flight $1,100 Summer Kickoff event begins May 25 and has a $400K guarantee. There’s a $600 Epic Stack with five starting flights beginning June 19 and guarantees $750K.
Of course, the schedule is filled with plenty of shorter, smaller buy-in events, some as affordable as $200.
GOLDEN NUGGET: The Grand Series is supposed to be May 26-July 6. Once again, there are three tournaments daily. Throughout the series, a $150 tourney with a $25K guarantee runs at 1 p.m., except when displaced by a bigger event. Most evenings at 7, a $120 tournament with a $5K guarantee takes place. The
11 a.m. tournament is most often a non-hold’em discipline, usually with a $150 or $250 buy-in.
As in the past, the schedule on most weekends is filled by a huge multi-flight event, with three Day 1s each Thursday, Friday and Saturday and Day 2 on Sunday. These $200 buy-ins begin May 28, June 4, June 11 and July 2. Note: There are only two flights on June 11. The guarantees are $250K each, except for the last one on July 2, which has a $200K guarantee.
The $250 senior event runs June 20 with a $100K guarantee. The $1,100 senior high roller runs June 20-21. The $400 senior championship with a $100K guarantee runs June 21. A $250 seniors Omaha/8 tourney is June 23 with a $10K guarantee. The $1,100 Omaha/8 championship is June 15. There’s a $600 event with a $500K guarantee and three starting flights beginning June 25. The $1,100 HORSE championship is June 22-23.
SAHARA: The property at the north end of the Strip, formerly known as SLS, has restored the historic name Sahara and with it brought back poker to the remodeled casino. The beautiful room opened mid-February with seven tables and comfortable chairs that are getting rave reviews. Steven Pique, formerly of the Aria, is the poker operations manager.
The main cash game has been $1-$3 NLHE, with a $100 minimum, $300 maximum buy-in. A $4-$8 mixed game has been running fairly regularly, the minimum buy-in is $40. A $1-$2 PLO game with a $200-$500 min-max also is offered.
Promos included progressive high hands, Aces Cracked and a bonus for making flushes in all four suits. Players get $2 an hour in comps, which jumps to $3 between 10 a.m. and 4 p.m. Call the room for information as the schedule evolves.
CAESARS PALACE: The poker room has begun offering promotions for cash games. The initial promo is the popular Aces Full. Players who hit aces full or better receive $100. That starts the clock and if they hit another high hand of aces full or better within 24 hours, the payout is an additional $499. A player catching a third high hand within 24 hours of the first hand receives $1K more.
The room is taking a $2-max jackpot drop per hand to fund the promo. That’s $1 at $10 and $2 at $30. That’s fairly standard for the rooms in Vegas. The switch to offering promos leaves Aria, Bellagio and Wynn as the only rooms in Vegas to not offer promotions for cash games.

My Last, Unpublished Ante Up Column