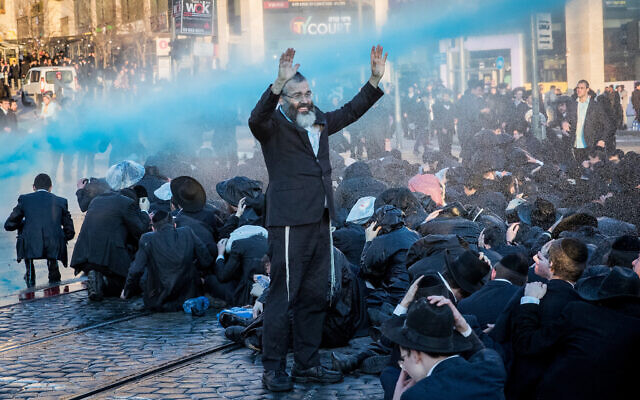 An Orthodox minister and his hypocritical ultra-Orthodox critics

Matan Kahana’s reforms would bring ultra-Orthodox men into the workforce earlier, remake kashrut, bolster conversion – all according to halacha. Haredi leaders should be delighted 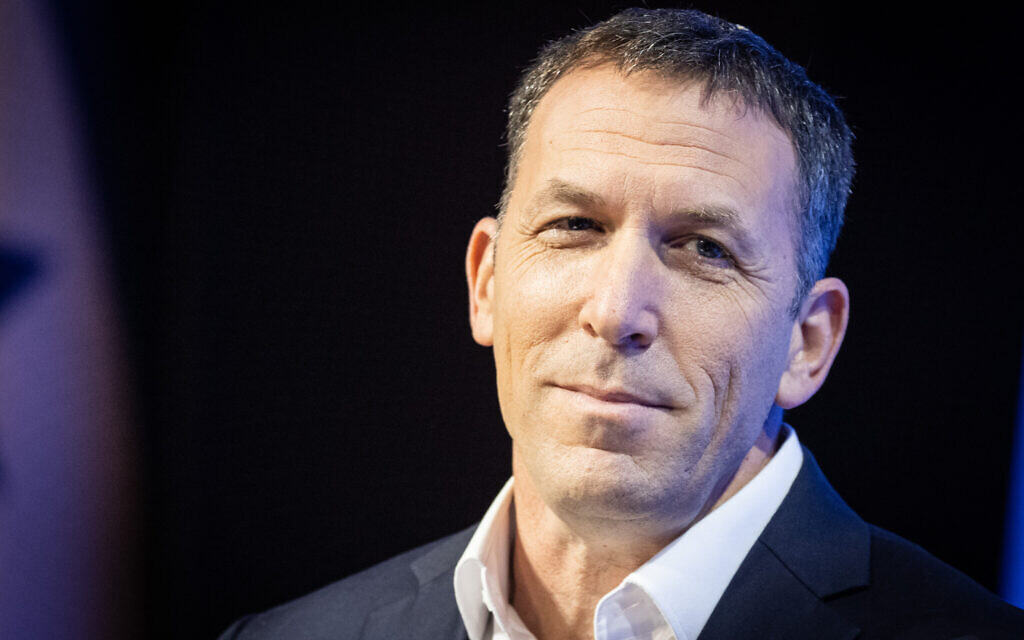 Ultra-Orthodox leaders, emphatically including politicians, should be rushing to embrace Israel’s new minister for religious services.

A Shabbat-observant, kashrut-keeping, thoroughly Orthodox Jew, Matan Kahana’s core mission, as he set out in an interview published Tuesday in The Times of Israel, is to bolster Israel’s Jewish identity, which he argues has been diluted over the decades.

Kahana speaks with forlorn longing for the early years of the state, for example, when shops and places of entertainment were closed on Shabbat; while he stresses that it is none of his business what Israelis do inside their homes on their day of rest, he argues that the Sabbath in the Jewish state should have a palpably different character, in tune with the only Judaism he considers authentic: halachic Judaism.

Specifically as regards the interests of the ultra-Orthodox community, his appointment portends a stream of beneficial reforms. Most importantly, he and his government are moving to lower the age at which ultra-Orthodox males who have avoided IDF service in order to study Torah full-time can enter the workforce, initially to 21. As things stand, that number is 24, and 24-year-old ultra-Orthodox men tend to be married with children, which means it is hard for them to then get the kind of education that enables them to secure reasonably paid and fulfilling work, condemning many of them to lives of relative poverty.

Kahana and the government acknowledge that this reform may not be fair to non-ultra-Orthodox Israelis, who carry the burden of military service. But they argue credibly that it is wise — that, in time, ultra-Orthodox men entering the workforce at a younger age, and appreciating the benefits, will encourage their younger siblings and their sons to consider both military service and studying a core curriculum, en route to a better life workwise and economically.

The process Kahana has in mind eschews coercion; it also relies on creating IDF frameworks in which ultra-Orthodox recruits can serve without compromising their lifestyle.

Ultra-Orthodox Jewish men clash with police officers during a protest against the arrest of a young man who failed to comply with an IDF draft order, in Jerusalem on January 26, 2020

He also wants to encourage a more welcoming approach to would-be converts to Judaism who are sincere about wanting to join the Jewish people — helping the hundreds of thousands of Israelis who are Jewish enough to live here under the terms of the Law of Return but who are not halachically Jewish, his key point being that this new encouragement must not come at the expense of stringent observance of the halacha.

He is no advocate of Reform and Conservative Judaism, seeing no significantly enhanced role in Israel for the non-Orthodox streams, but neither is he adversarial – encouraging both aliyah and the thriving of Diaspora Jewry, and backing the revival of the so-called Western Wall compromise

A veritable Orthodox revolutionary, Kahana has a great more on his agenda, which is why we ran our interview with him at such length.

He is no advocate of Reform and Conservative Judaism, seeing no significantly enhanced role in Israel for the non-Orthodox streams of Judaism. But neither is he adversarial, encouraging both aliyah and the thriving of Diaspora Jewry, and backing the revival of the so-called Western Wall compromise, which would formalize the pluralistic prayer pavilion at the Wall and provide an official role in its oversight to leaders of non-Orthodox streams of Judaism.

Rather, he avowedly regards Orthodox Judaism as the rightly dominant approach to the faith in the public sphere of the Jewish state. Again, nothing but good news for the ultra-Orthodox community.

And yet, far from being embraced, Matan Kahana is routinely denounced by ultra-Orthodox politicians, who have found themselves atypically consigned to the opposition benches after so many years expertly utilizing their balance-of-power status between the right-wing and left-wing blocs to determine the nature of Jewish life in the Israeli public sphere.

The members of United Torah Judaism and Shas have spent the past months, as the new coalition took shape and then took office, attempting to depict Kahana, along with Prime Minister Naftali Bennett and their wildly diverse coalition government, as constituting a grave threat to Jewish life in Israel, by which they mean their vision of Orthodox Jewish life. 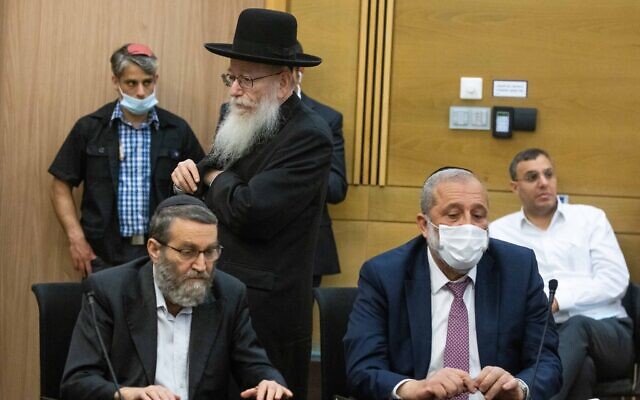 In fact, the revolution Kahana is seeking to advance faithfully reflects the interests of authentic Orthodox Judaism. Notably, it upholds centuries of Orthodox rabbinical wisdom highlighting the imperative for adherents of the faith to provide financially for their families — that is, to work for a living — and to find time alongside that work for Torah study, with the best and the brightest, but only the best and the brightest, subsidized by the rest of the community to be able to study full-time.

Ultra-Orthodox leaders know all about these rabbinical teachings. The problem is that if their community indeed enters the workforce more fully, it will not need ultra-Orthodox politicians, and the rabbinical leaders behind them, to leverage particular financial and social benefits from the government on their behalf; theirs will no longer be a widely impoverished constituency.

It will also be a community more effectively finding its place in the wider mosaic of Israeli society. The ultra-Orthodox rabbis will lose some of their grip, and the ultra-Orthodox politicians, no longer leveraging for their captive electorate, will be redundant.

No wonder they are doing everything they can to denounce Kahana, Bennett et al as Reform Jews who, in the words of some ultra-Orthodox MKs, should take off their kippot. Kahana, like it or not, is anything but a Reform Jew. He is, rather, reclaiming Orthodoxy, in the political arena, from the self-interested hypocrites who, at the expense of their devout community, have for decades skewed some of its traditions, rights and responsibilities in the Jewish state.