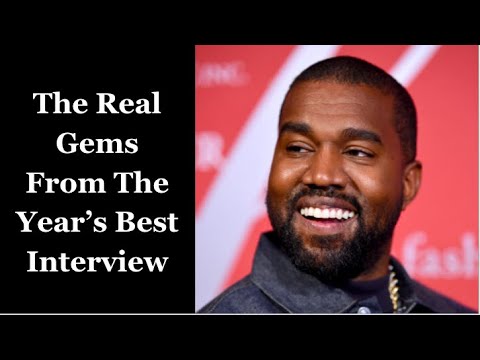 Kanye West May Get His 1st Album Of The Year Win

This afternoon, the 2022 Grammy nominations were announced. In the "Best Rap Album" category, Nas (King's Disease 2), J. Cole (The Off-Season), and Tyler, The Creator (Call Me If You Get Lost)will compete against Drake's Certified Lover Boy and Kanye West's Donda. Ye and Drake square up just days after making peace, and showing their truce on social media. This follows years of competition and disses between the two former collaborators. However, Kanye West's Donda also contends in the highest category of the upcoming awards. The 2021 album named after West's late mother may be the first to win him "Best Album." During the mid-2000s, Ye became the first artist to earn nominations on all three of his first albums: College Dropout, Late Registration, and Graduation, respectively. In each outing, beginning in 2005, the Roc-A-Fella/Def Jam Records star lost—to Ray Charles, U2, and Herbie Hancock, respectively. West has not received the nomination since, despite a handful of acclaimed and high-profile releases. Some could argue that Kanye's 2009 bum-rushing the stage during Taylor Swift's win over Beyoncé swayed committees and voters away from recognition. Drake & Kanye West Make Peace After Years Of Beef Donda will square up against Jon Batiste's We Are, Tony Bennett and Lady Gaga's Love for Sale, Justin Bieber's Justice (Triple Chucks Deluxe), Doja Cat's Planet Her (Deluxe), Billie Eilish's Happier Than Ever, H.E.R.'s Back of My Mind, Lil Nas X's Montero, Olivia Rodrigo's Sour, and Taylor Swift's Evermore. If West wins in January, he becomes the first Hip-Hop artist to receive this trophy since OutKast's 2004 win for Speakerboxxx/The Love Below. It would also give him the trophy ahead of Drake, who has twice competed, mentor JAY-Z, and peers such as Kendrick Lamar. Nas, DMX & J. Cole Are 2022 Hip-Hop Grammy Nominees Donda features involvement from JAY-Z, Jay Electronica, The LOX, Westside Gunn, Conway The Machine, Lil Baby, Young Thug, The Weeknd, Kid Cudi, DaBaby, and others. 88-Keys, Mike Dean, and Jeff Bhasker were among the ensemble of co-producers. Last week, Def Jam and G.O.O.D Music released a deluxe edition, including the Andre 3000 collaboration, "Life Of The Party." Andre 3000’s Most Personal Verse Has Been Liberated BonusBeat: This month's What's The Headline podcast breakdown of the hidden jewels from Kanye's recent Drink Champs episode:
Source: ambrosiaforheads.com

Kanye West May Get His 1st Album Of The Year Win