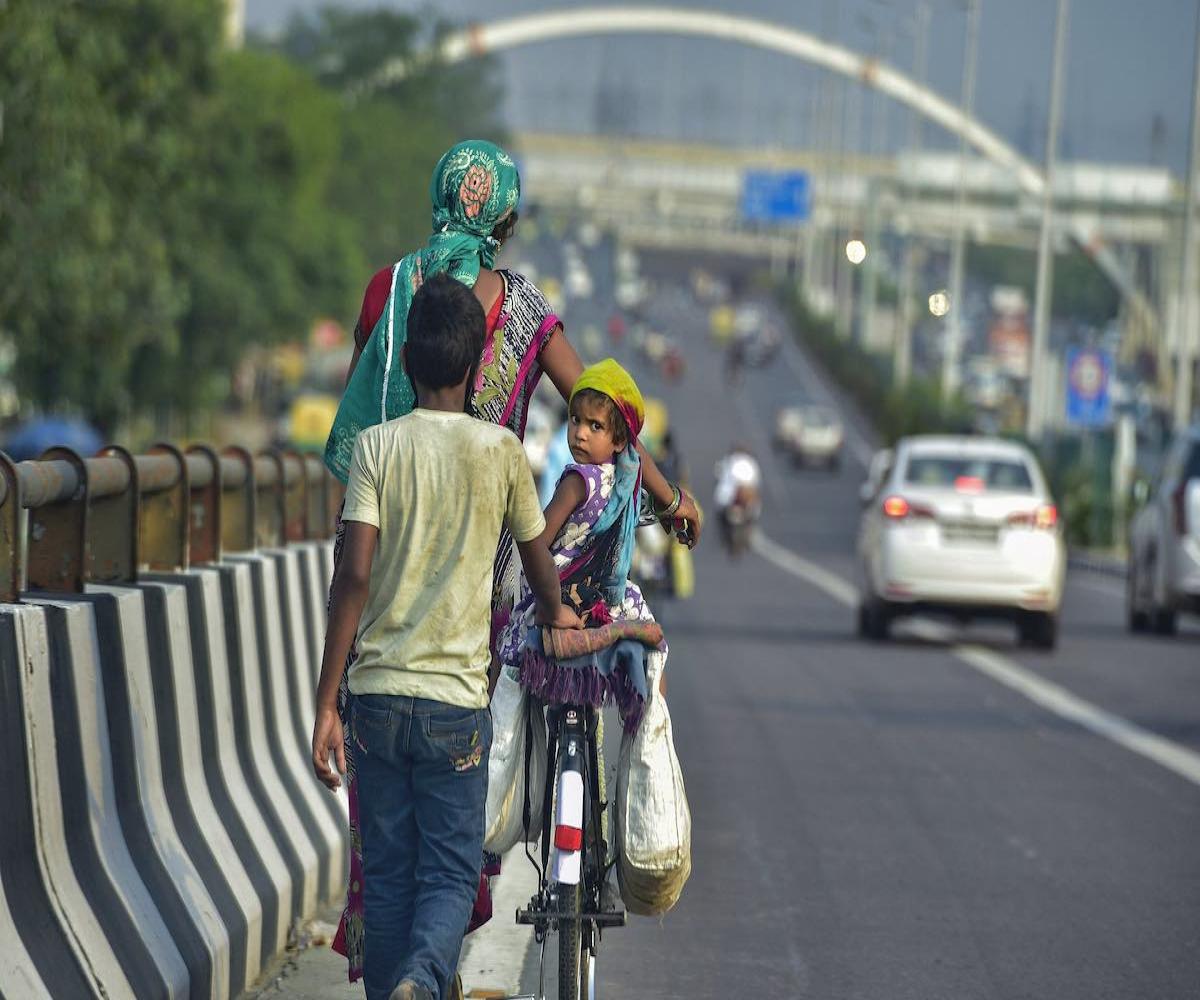 Poverty
The Multidimensional Poverty Index (MPI) report said that 51.91% of Bihar’s population is poor, followed by 42.16% in Jharkhand and 37.79% in Uttar Pradesh.
PTI

Image for representation: PTI
Bihar, Jharkhand and Uttar Pradesh have emerged as the poorest states in India, according to Niti Aayog's first Multidimensional Poverty Index (MPI) report. As per the index, 51.91% population of Bihar is poor, followed by 42.16% in Jharkhand, 37.79% in Uttar Pradesh. While Madhya Pradesh (36.65%) has been placed fourth in the index, Meghalaya (32.67%) is at the fifth spot. Kerala (0.71%), Goa (3.76%), Sikkim (3.82%), Tamil Nadu (4.89%) and Punjab (5.59%) have registered the lowest poverty across India and are at the bottom of the index. Among Union Territories (UTs), Dadra and Nagar Haveli (27.36%), Jammu & Kashmir, and Ladakh (12.58%), Daman & Diu (6.82%) and Chandigarh (5.97%), emerged as the poorest UTs. Puducherry with 1.72% of its population marked as poor, Lakshadweep (1.82%), Andaman & Nicobar Islands (4.30%) and Delhi (4.79%) have fared better. Bihar has the highest number of malnourished people followed by Jharkhand, Madhya Pradesh, Uttar Pradesh and Chhattisgarh. Bihar is also placed at the bottom when it comes to percentage of population deprived of maternal health, percentage of population deprived of years of schooling, school attendance and percentage of population deprived of cooking fuel and electricity. Uttar Pradesh ranked the lowest in child and adolescent mortality category, followed by Bihar and Madhya Pradesh, while Jharkhand performed the worst when it comes to percentage of population deprived of sanitation, followed by Bihar and Odisha. According to the report, India's national MPI measure uses the globally accepted and robust methodology developed by the Oxford Poverty and Human Development Initiative (OPHI) and the United Nations Development Programme (UNDP). Importantly, as a measure of multidimensional poverty, it captures multiple and simultaneous deprivation faced by households, it added. The report said India's MPI has three equally weighted dimensions, health, education and standard of living — which are represented by 12 indicators namely nutrition, child and adolescent mortality, antenatal care, years of schooling, school attendance, cooking fuel, sanitation, drinking water, electricity, housing, assets and bank accounts. The Sustainable Development Goals (SDG) framework, adopted by 193 countries in 2015, has redefined development policies, government priorities, and metrics for measuring development progress across the world. The SDG framework, with 17 global goals and 169 targets, is significantly wider in scope and scale relative to the Millennium Development Goals (MDG), its predecessor. Niti Aayog Vice Chairman Rajiv Kumar in his foreword said, "The development of the National Multidimensional Poverty Index of India is an important contribution towards instituting a public policy tool which monitors multidimensional poverty, informs evidence-based and focused interventions, thereby ensuring that no one is left behind." Kumar further said this baseline report of India's first ever national MPI measure is based on the reference period of 2015-16 of the National Family Health Survey (NFHS). The national MPI measure has been constructed by utilising 12 key components which cover areas such as health and nutrition, education and standard of living, he said. The report said the national MPI, an aggregate measure which defines poverty, in simple terms, as the deprivation in crucial and basic parameters of health, education, and living standards, is a significant departure from the way poverty has been understood and conceptualised historically. "While this report is an indispensable first step in mainstreaming MPI, it is based on a dataset which is five years old. The success of numerous development interventions in the recent past have resulted in progress in key parameters on health, education, and standard of living," it added. In early 2020, the Cabinet Secretariat, Government of India, identified 29 global indices to monitor, analyse and evaluate with the aim of improving India's position in global rankings. Under this mandate, also known as the Global Indices for Reforms and Growth (GIRG) mandate, Niti Aayog was identified as the nodal agency for the Multidimensional Poverty Index (MPI).
Source: thenewsminute.com