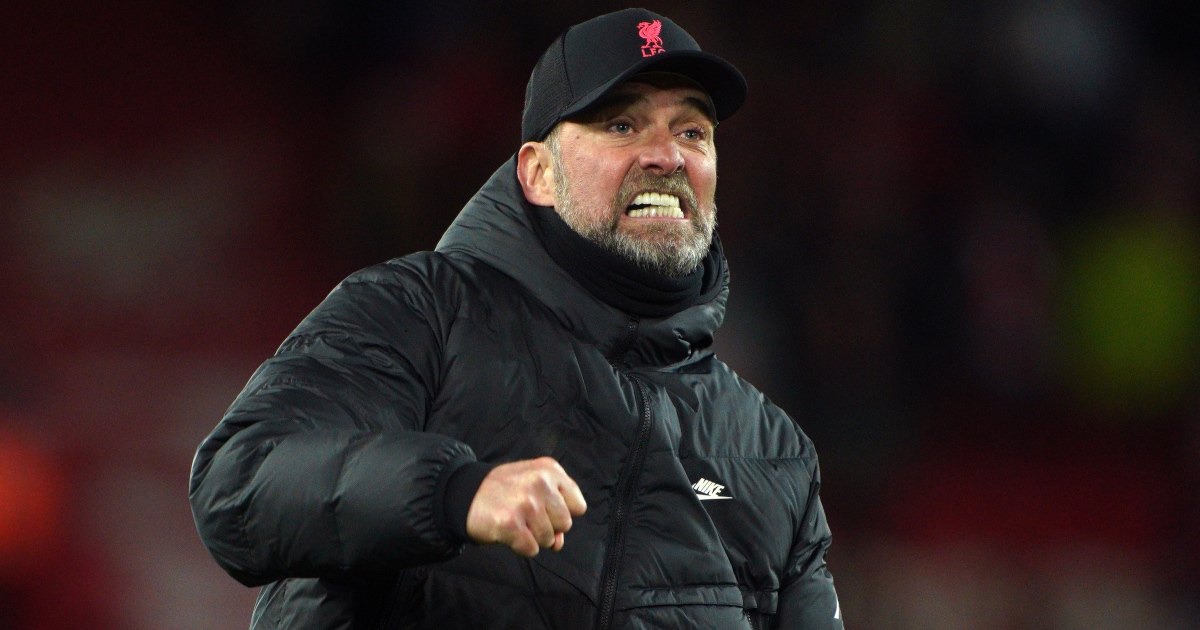 Jurgen Klopp got his Liverpool tactics all wrong against Inter by playing Curtis Jones and Thiago Alcantara in midfield, one observer has said.

The Reds came into Tuesday’s Champions League last 16 second leg tie with a 2-0 advantage. The onus was therefore on Inter to make a fast start and turn the scoreline around.

The Serie A side did eventually claim a 1-0 win at Anfield. Lautaro Martinez, who had had no luck against Virgil van Dijk, instead took Liverpool by surprise with a powerful strike into the top corner.

Klopp’s men nevertheless went through to the quarter-finals, winning 2-1 on aggregate. However, a first defeat in 16 games has caused the spotlight to focus on what went wrong. In fact, it is the first time the Reds have failed to win in 13 matches.

According to former Premier League and Serie A star Paolo Di Canio, Klopp got his midfield all wrong. The pundit claimed that Thiago Alcantara does not fit Liverpool’s system, especially not alongside the usually-reliable Curtis Jones.

“Liverpool did not win 5-0 in the first leg,” Di Canio told Sky Sport Italia (via the Liverpool Echo).

“Tonight, they tried to manage by playing with a midfield that underestimated the strength of Inter.

“In fact, [Klopp] made the first two changes there, even if it is true that he also makes them in the Premier League.

“You can’t play with Curtis Jones, who is a reliable kid, along with two more experienced ones. And Thiago Alcantara, who’s not suitable for Klopp’s game.”

Meanwhile, Klopp shared his assistant Peter Krawietz’s theory that there is an “art” to losing the right games. While the Reds’ winning run came to an abrupt end, quarter-final progression is the bigger picture.

Nevertheless, Klopp said: “When I think about the game, I didn’t like our counter-press. I don’t think we won any kind of ball back in the first 20 minutes.

“You have to be kind of expansive when you open up, when you are in possession.

“But, when you lose the ball – and we lost the ball obviously in strange moments – then you have to chase the situation. And that was not exactly how I wanted it.”

Klopp and Liverpool roll on

Liverpool often respond well to defeats. In fact, Tuesday’s was their first since against Leicester in late December.

As a result, such a trend could bode well as they continue to chase a quadruple of trophies.

The Reds return to Premier League action on Saturday when facing Brighton away from home.

They will have revenge on their mind in that game. A lack of midfield options from the bench due to injuries was the key issue as Brighton came from 2-0 down to draw 2-2 at Anfield in October.

After that, Arsenal welcome Liverpool to the Emirates Stadium before Klopp and his side face Nottingham Forest away in the quarter-finals of the FA Cup.

The post Klopp told he had a Liverpool shocker by fielding ‘reliable kid’ alongside baffling signing appeared first on TEAMtalk.