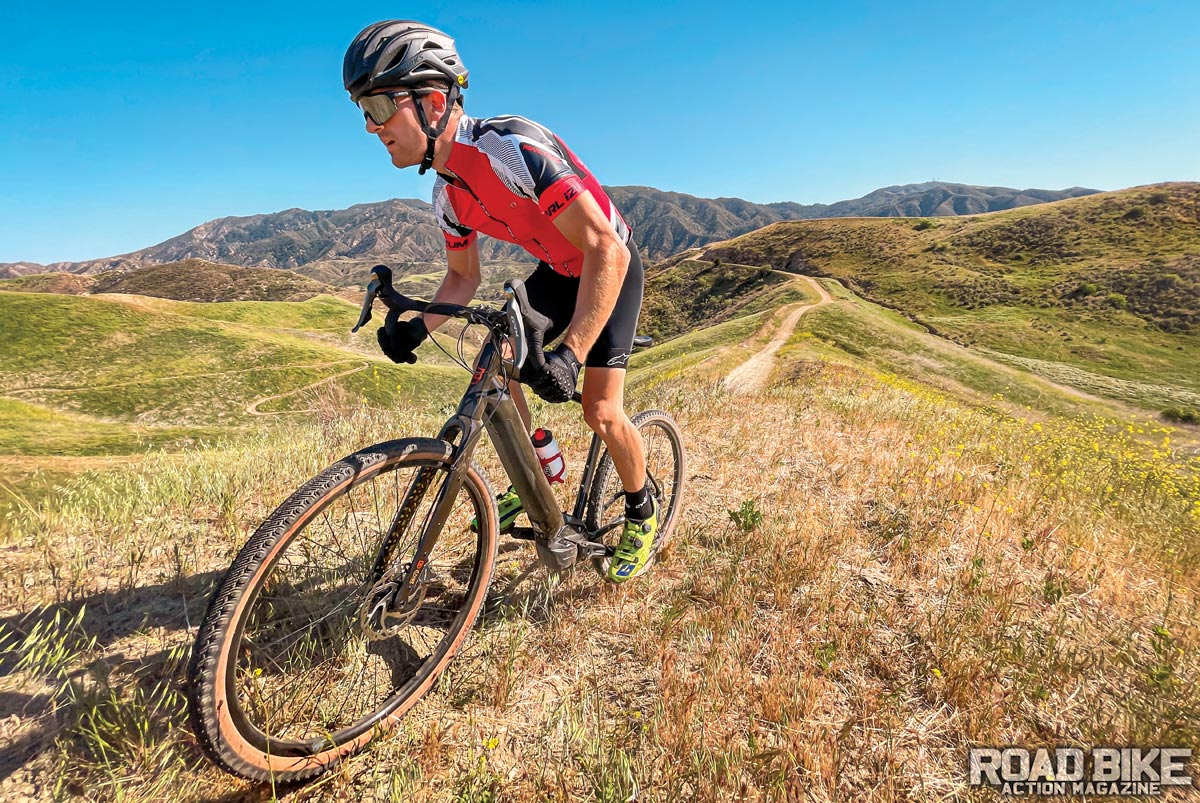 Honestly, we pity the poor product managers in the bike industry who have to wrestle with ever-changing consumer desires, as well as the equally fast pace and big leaps of new technology.

As if devising new models for all the different segments of the once singularly defined “road bike” category wasn’t enough, now they have to deal with this thing called “e-bikes,” which have quickly manifested themselves as the next big thing rolling in the still-fresh tire tracks of the last big thing—gravel bikes.

As if chasing tire width, handling and frame compliance weren’t important-enough issues in designing a standard gravel bike, with the comeuppance of e-gravel, there’s now the need to ponder details like modes of pedal assist, overall weight and battery range. In short, it hasn’t got any easier.

With three models of their Libre gravel bikes well down the path, Kona is now rolling out the pedal-assisted Libre EL. 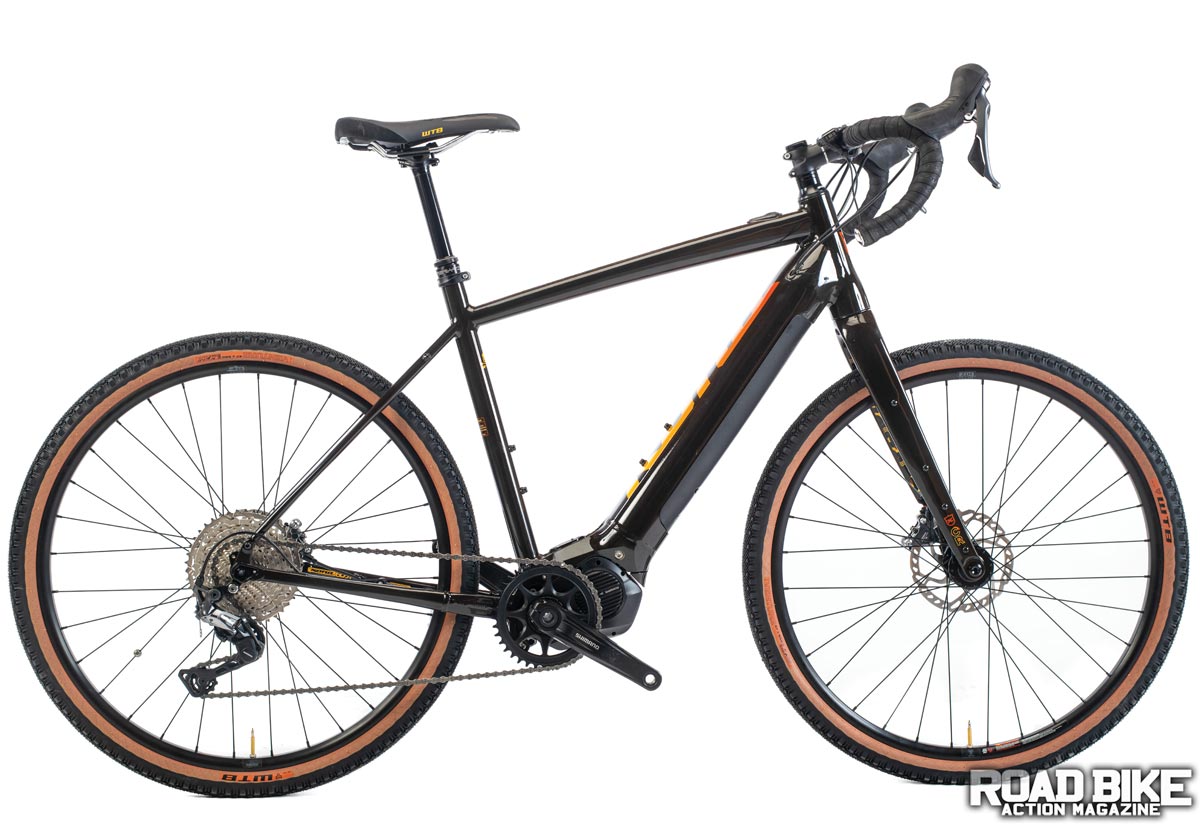 The Libre EL uses an aluminum frame with internally routed cables. The geometry is relaxed with a 71-degree head angle which helps bring added stability on descents. Up front Kona spec’d a flat-mount disc brake-friendly carbon fork, which is standard these days. Between the fork and the wide rear stays, it can comfortably fit up to a 50mm tire.

The brown paint combined with the big yellow Kona tag on the downtube is more unique than most colors commonly found in the field of gravel bikes. Although lacking a flashier color might not make the Kona a real attention-grabber, the subdued look was one that caught on with many as being more gravel-friendly.

As most of the traditional drop-bar market has become perfectly acquainted with the world of gravel bikes, the same can’t be said with the pedal-assist side of things.

The quickest primer we can offer is this: there are two main classes of (non-throttle) powerplants that the bike industry relies on—Class 1 that tops out at 20 mph of assist, and Class 3 that cuts off at 28 mph. While the former is standard for mountain bikes, the latter is finding increasing spec for drop-bar e-bikes.

As the e-gravel market grows (as does the price of newer motors), plenty of brands are finding good reason to spec mid-mount motors of old to allow for bikes at lower entry-level prices. That is the case with the Kona, which uses a three-year-old Shimano e7000 motor that has been followed by two newer and more powerful motors. But, as our friends at Electric Bike Action have found, the Class 1 Shimano e7000 unit has proven to be reputable with low failure rates.

Honestly, the way this motor reacted in a gravel bike had us pretty impressed compared to some mountain bikes we’ve ridden with the same powerplant. The 504-Wh battery seemed to have great efficiency as long as you’re not in turbo the whole time. It was relatively quiet, especially in the aluminum frame compared to carbon. The motor has that classic, smooth power delivery that Shimano’s motors are famous for.

WHO IT’S MADE FOR

The Kona does have plenty of power and would be a great option for someone just getting into gravel riding. Even our experienced test riders really enjoyed their time on the bike, so it’s not limited to anyone in particular. However, it’s best that you remember that the Class 1 motor cuts off at 20 mph which will make it hard to stay up in a group
road ride. 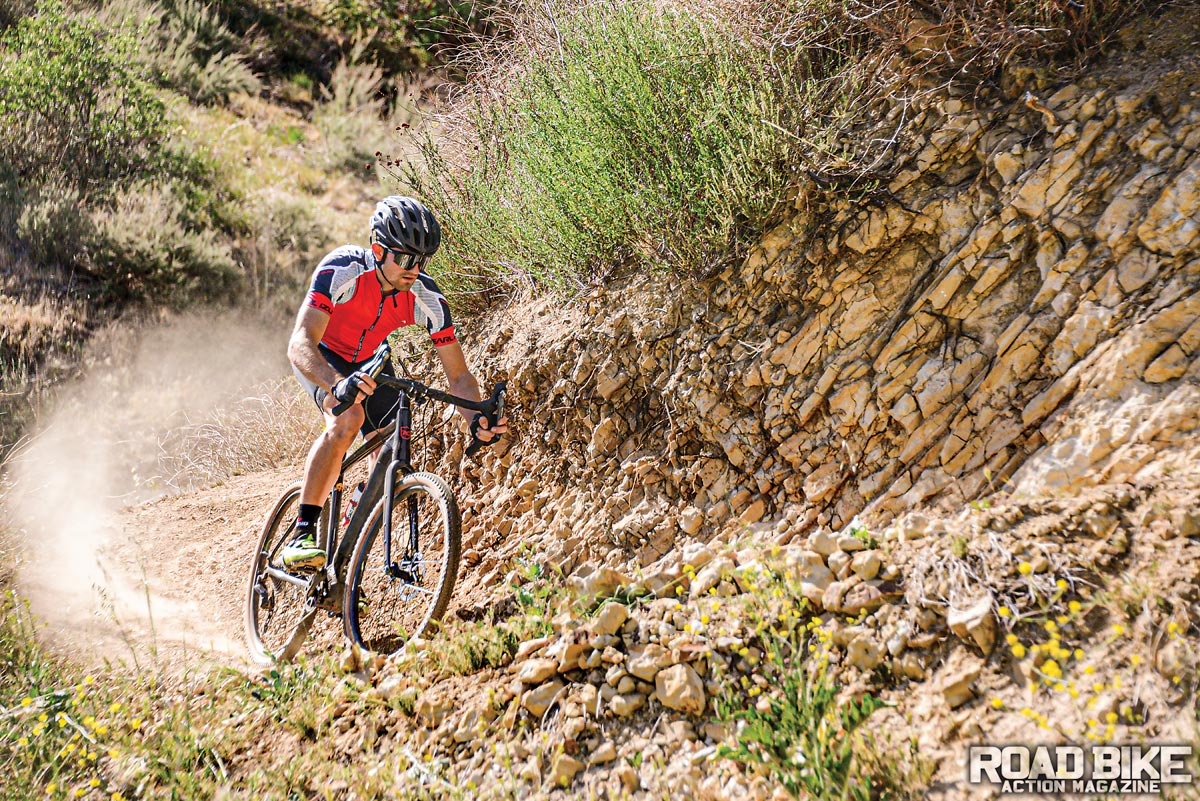 Sometimes we look at a new bike and it doesn’t exactly ooze inspiration at first glance. This was the case for the Libre EL until our first ride. We were surprised and left smiling after the first jaunt up some singletrack. There was plenty of climbing power with great traction owing to the 47mm tires. In fact, we put it in turbo right off the bat and did nearly 2000 feet of climbing and only dropped one of five bars of battery. Mind you, we aren’t turbo-dedicated riders, but we’re just letting the bike do the majority of the hard work to see what the battery would give us.

“On the way back down that very trail, we literally almost forgot it was an e-bike. The sub-40-pound weight was definitely a value-added feature in the handling department.”

Throughout all our test rides, probably the most glaring and consistent observation riders made was how balanced the Kona’s handling felt. Sure, like most bikes with mid-drive powerplants, the motor placement helps bring an evenness to the bike’s balance point, which was apparent whether cornering or going through stutter-bump sections. The sub-40-pound weight enabled stronger riders the ability to enjoy riding the bike with the motor off.

Price-wise, the $4699 Libre EL sits in a sweet spot with a pretty fair component build compared to many other e-gravel bikes. The Libre EL may not be a sleek standout like some of the e-gravelers on the market right now, but for us, the great handling and practicality could not be overlooked.

Before riding the bike, the more power-hungry riders were concerned about the Class 1 not providing enough grunt, but in the end they had a blast on the bike. Of course, on rides over flatter terrain, it would be nice to have more top end. It’s not a deal-breaker, but definitely something to consider among the growing number of Class 3 bikes available right now. It’s nice to see that Kona offers a lifetime warranty, too (as long as you register the warranty within three months of purchase).