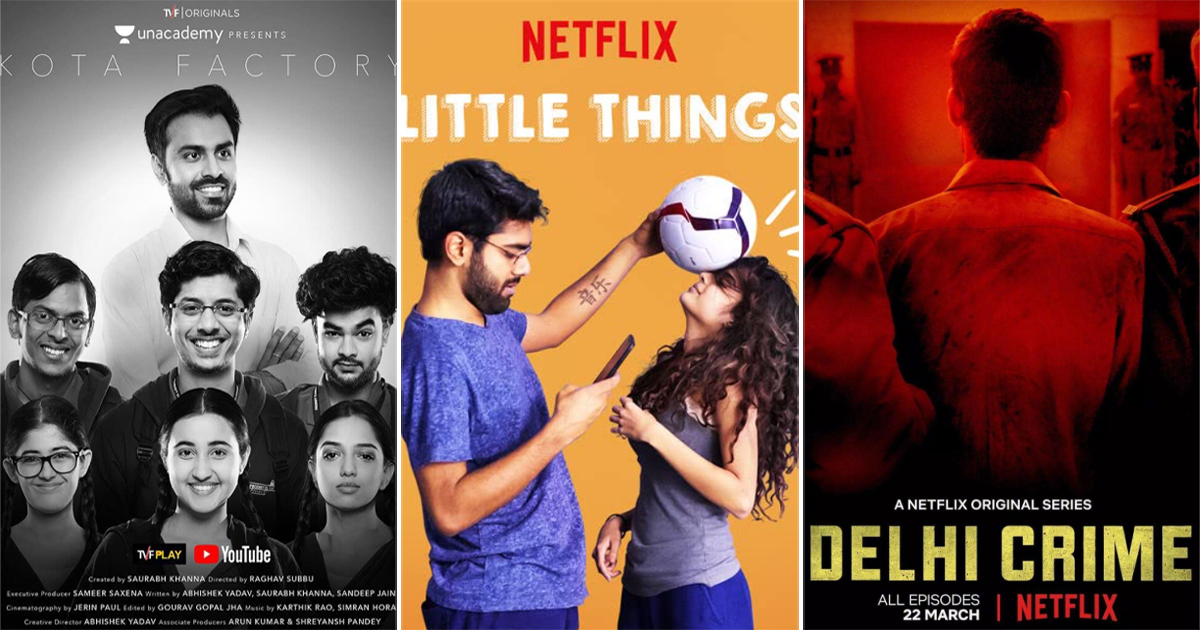 It seems 2021 is really the year everyone was looking forward to in 2020. While the vaccine drive has started and the theatres have opened, many major Bollywood film release dates have already been announced for this year. But as the audience finally gears up to visit cinemas to watch those films, OTT channels also seem to have great lineups planned for your home entertainment. After TVF announced its lineup a few days back, now Netflix is here with an exciting announcement.

The 2021 lineup of Netflix seems to be damn exciting with some amazing new titles and seasons. From web series to films, docu-series to comedy shows, the OTT giant seems to have filled the platter of their subscribers this year.

Some of the most awaited Netflix shows slated to release this year are:

Amazon Prime Video Issues Apology Over Tandav: “Scenes That Were Objected Were Removed Or Edited”

The first season of the much loved TVF show released on YouTube and now Netflix has grabbed its rights. Kota Factory season 2 which has been highly awaited by young fans will now stream on the OTT giant.

The first season of Delhi Crime was about the horrifying Nirbhaya case. The show was a huge hit among viewers, received critical acclaim and won several prestigious awards. Now season 2 is finally releasing this year.

Dimple, the genius coder, has lost her app. Rishi, the hopeless romantic, has lost all faith in love. Fate brings this “Mismatched” couple face to face again, as Rishi is forced to step back into the mess he left behind. With their futures at stake, Dimple and Rishi must navigate the rough terrains of frayed friendships, new love interests, broken promises, academic stress and shocking rivalries.

After swearing her allegiance to drug-lord Nayak, Bhumi must walk the dangerous line between siding with the police or with crime while simultaneously exploring her newfound sexual liberation, as Nayak’s larger plan unfolds in this Netflix show.

Sunny and Gudiya have one final chance to avenge their past. As bigger players enter Jamtara, politics tries to control phishing, but phishing ends up controlling politics.

Here’s the list of new movies, shows and comedy specials which the Netflix subscribers will be able to enjoy this year.

Glamour ke peeche kya hai? It’s a tough world, but Masaba and Neena Gupta are tougher. The mess is over, and this time the plan is world domination. Masaba goes in front of the camera, and Neena ji decides to go behind them. All the while dealing with new loves, old loves, and some impossible loves. Both women take their careers, image, friendships
and lovers, in their own hands and turn everything around.

Now can anything get more exciting than this?

Must Read: Pooja Bhatt Thinks ‘Bombay Begums’ Is The Best Decision She Has Ever Made