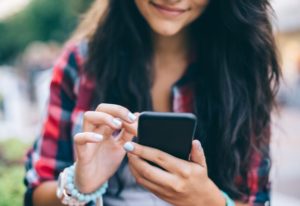 More than ever, marketers are strategizing to appeal to us through online videos and pictures. How can parents protect their children’s online privacy? Personal social media is becoming more visual and parents will need to stay savvy as this is a trend that will continue. While there does not seem to be compelling evidence that social media is rotting our kids’ minds, the fear remains for parents who see their children on their phones most of the day. We can’t imagine what our lives would be like if we had grown up with current technology. This is where the anxiety comes from. Certainly, we have gained a lot of wisdom from the internet that we would not have gained with the same speed and depth at the local library. And thanks to social media, many of us are “friends” with people we don’t really know. So, it is critical that privacy and ethics will continue to take center stage as technology advances.

For parents to keep abreast of technology and protect their children’s privacy, there are a few areas worth refreshing on a yearly basis:

I often wonder what it would be like to see this brave new world through a child’s eyes, what it would be like to grow up with the global technology that we’ve only had at our disposal since adulthood. Teens are exposed and bombarded with so much more information than we ever were. We can expect even faster and more integrated communications, with an increase in the inter-connectivity of devices, people and places in the coming year. While we adults already worry about all they are reading and viewing online, hopefully kids today are learning to become more discerning in who and what they allow to occupy their time.