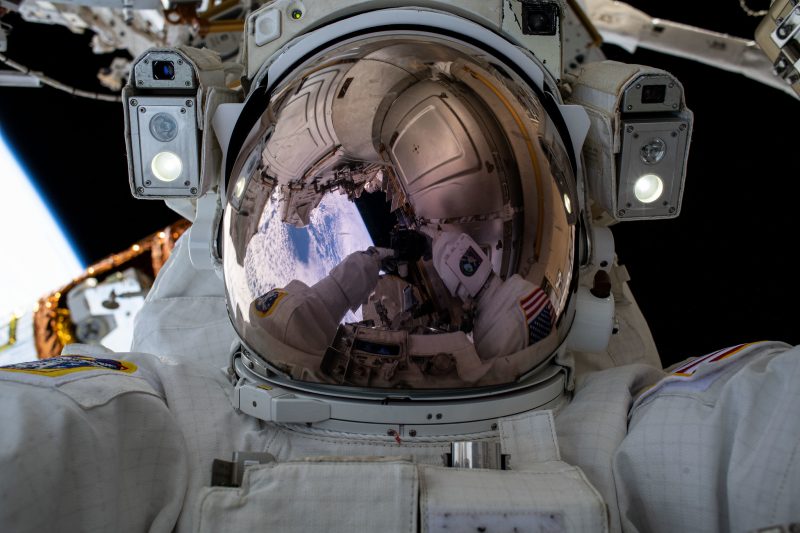 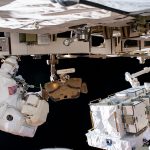 On Wednesday, January 27, 2021, two NASA astronauts will venture outside the International Space Station (ISS), for the first in a pair of spacewalks to finish installing a European science platform and complete long-term battery upgrade work; the second spacewalk is currently scheduled for February 1. At completion, the European Space Agency (ESA)’s Columbus module will feature two new upgrades and prepare the left truss of the station for future power system upgrades. NASA TV’s live coverage of the spacewalk began on Wednesday at 5:30 a.m. EST (10:30 UTC). Watch here. The spacewalk itself begins at around 7:00 a.m. EST (12:00 UTC), and will last about 6 1/2 hours.

EarthSky lunar calendars are back in stock! We’re guaranteed to sell out – get one while you can!

NASA flight engineers Michael Hopkins and Victor Glover, who flew to the space station aboard the SpaceX Crew Dragon Resilience spacecraft, will conduct both spacewalks, which will be the 233rd and 234th in support of space station assembly, maintenance, and upgrades. NASA has set the focus of the spacewalk on completing antenna rigging for the Bartolomeo science payloads platform outside the European Space Agency’s Columbus module, but the duo also will configure a terminal that will enable a high-bandwidth communication link to European ground stations. Then, after completing the upgrades on the Columbus module, Hopkins and Glover will remove a grapple fixture bracket on the far port (left) truss in preparation for future power system upgrades.

One ring to rule them all! It’s like a fantasy up here with magic rings and dragons. pic.twitter.com/Qt3kfvoupz