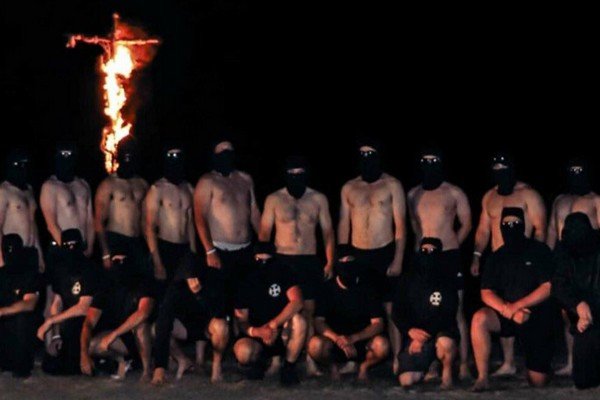 The right-wing attacking the US Capitol wasn’t a wake-up call, we Australians should already be awake. We should have already confronted these narratives at home.

We must recognise how quickly people can shift from believing conspiracy theories to embracing extremist views; our national leaders must openly condemn these corrosive narratives

On January 6, a vast collection of right-wing groups and individuals — ranging from the “concerned citizen” to those affiliated with the violent and extreme right-wing — attacked the US Capitol in Washington, DC.

They were there because of a genuine belief that Donald Trump was the legitimate winner of the presidential election. Despite overwhelming evidence to the contrary, 35 million Americans still believe that the election was rigged, the results fraudulent and that the new president shouldn’t have been confirmed by Congress.

For the first time since 1814, armed mobs stormed the US Capitol, breaking windows, vandalizing structures and looting offices. Dressed in military fatigues, body armour, Confederate flags and Nazi paraphernalia, these domestic terrorists – as President Biden rightly called them – terrorised Members of Congress for hours with the clear intent to seize the US Capitol.

What was perhaps most surprising about the riots was that anyone was surprised at all.

No one should have been caught off-guard. Anyone with a basic ability to Google or search social media could have seen that extremist groups were coordinating the attacks in broad view online.

Right-wing extremists were some of the earliest to capitalise on the spread of Covid-related conspiracy theories, exposing those attracted to anti-government and conspiratorial narratives to racist and anti-Semitic tropes.

There was ample warning that violent and extreme activity was planned, signalled in hundreds — if not thousands — of online posts shared in the weeks leading up to January 6.

What may be alarming to many Australians is that right-wing extremist groups are also similarly operating here.

The “sudden” appearance of dozens of neo-Nazis — who burnt crosses like the Ku Klux Klan, chanted Nazi slogans and intimidated locals in Victoria in late January — was actually not sudden at all.

It shouldn’t be a “wake-up call” for Australia. We should already be awake.

Right-wing extremism is on the rise in Australia, as it is across the world. As ASIO said in February last year, not only does the violent right-wing currently account for a third of its counter-terrorism work (an increase from 10 and 15 per cent prior to 2016) but the organisation has observed small cells of these terrorists meeting across the country, saluting Nazi flags, inspecting weapons and training.

The rise of right-wing extremism and the increasing and evolving threat it presents to Australian security is why Labor successfully forced the federal government to refer this issue to the Parliamentary Joint Committee on Intelligence and Security in December.

The inquiry is still in the evidence-gathering phase. It will examine Australia’s existing tools to combat right-wing extremism and consider new measures to assist security agencies and the community to keep all Australians safe from this rising terrorist threat.

We can only expect that this upwards trend in the right-wing extremist threat will continue.

The Covid-19 pandemic has created the “perfect storm” of conditions for far-right extremists to gain followers and momentum. Right-wing extremists are sophisticated in their use of the Internet. These groups were some of the earliest users of the internet to radicalise, recruit and spread insidious ideologies.

Unsurprisingly, therefore, right-wing extremists were some of the earliest to capitalise on the spread of Covid-related conspiracy theories, exposing those attracted to anti-government and conspiratorial narratives to racist and anti-Semitic tropes.

This trend was flagged early on in the pandemic with researchers warning that Covid-19 had revived centuries-old anti-Semitic conspiracy tropes including accusations that Jews, both individuals and as a collective, were directly behind the virus or were directly profiting from it.

The pandemic also led to a dramatic increase in the amount of time people spent online — internet use surged by at least 70 per cent in the early days of Covid.

While Australia has avoided the high Covid-19 death tolls of other nations, we haven’t escaped the other serious consequences of the pandemic: over 2020, Australians faced job losses, social isolation, separation from loved ones and financial hardship.

Australians were anxious, locked down and scrawling through Facebook – and extremist groups were ready to pounce.

As ASIO also warned in a threat assessment in June last year, right-wing extremist rhetoric was potentially reaching an unprecedented audience in Australia, many of whom were socially isolated during lockdowns, facing economic hardship and spending increasing time online.

An ongoing pandemic (and its consequences) disrupt relationships and communities, but accompanied by fringe ideas and conspiracy theories, it creates the perfect gateway for extremists to recruit people to more sinister and dangerous messages and narratives.

What’s perhaps most important to recognise is how quickly this treadmill takes an ordinary Australian from believing some conspiracy theories to signing onto extremist views. And how quickly those views are morphing into mainstream politics.

Take, for example, ex-celebrity chef Pete Evans. Over the past year, his anti-mask and anti-vaccine posts grew darker, featuring a prominent Holocaust denier and anti-Semite on a self-hosted podcast and sharing a pro-Trump meme with a neo-Nazi symbol.

Evans has performed a public double act with Craig Kelly who has framed his conspiracy theories as a “battle of ideas” against mainstream media and the “elite.”  While Kelly says he doesn’t share all of the same views as Evans, he appeared on Evans’ Evolve Network podcast and has also featured regularly in YouTube videos published by The Unshackled, an “alternative” far-right media outlet that has openly interviewed or featured the likes of convicted anti-Semite Neil Erikson; members of the Proud Boys, including founder Gavin McInnes; far-right extremist Blair Cottrell; disgraced former senator Frazer Anning; as well as Holocaust denier and British National Party leader Nick Griffin.

Kelly is not alone in Parliament. George Christensen — who was interviewed on an Australian white supremacist podcast (distributed alongside The Daily Shoah, a podcast which promotes Holocaust denial) — appeared at Reclaim Australia rallies and was photographed with a member of an Australian far-right extremist group with links to convicted terrorist Phillip Galea.

What Evans, Kelly and Christensen make very clear is that far-right extremism has permeated the Australian mainstream. These are not just fringe elements of our society – they are celebrities and elected representatives.

As history shows, silence is complicity. Our national leadership – from the Prime Minister down – must confront and condemn hatred, racism, division and extremism wherever it occurs – even in the Coalition party room.

Perhaps their presence would be less frightening if they were in any way censured. But Craig Kelly and George Christensen have been allowed by Prime Minister Scott Morrison to propagate conspiracy theories and extremist views.

Kelly’s Facebook page attracts more reactions, comments and shares than the Facebook pages for the Australian Government including the Department of Health, Prime Minister Scott Morrison and Minister for Health Greg Hunt.

Kelly shared dangerous misinformation on Covid and the vaccine for months — to which the Prime Minister said nothing. It was only after Kelly was confronted in Parliament this month that the Prime Minister finally issued a warning — a warning that, to no one’s surprise, Kelly appears to have ignored.

While we need to ensure that our security agencies have the right funding, tools and legislation to combat the evolving threat of right-wing extremism, we also need strong leadership which openly condemns corrosive narratives.

As history sadly shows, silence is complicity. Our national leadership – from the Prime Minister down – must confront and condemn hatred, racism, division and extremism wherever it occurs – even in the Coalition party room.

As the US Capitol attack showed, nothing less than the safety of our community and the vitality of our democracy is at stake.

This piece was originally published by Plus61J and is reprinted with permission.