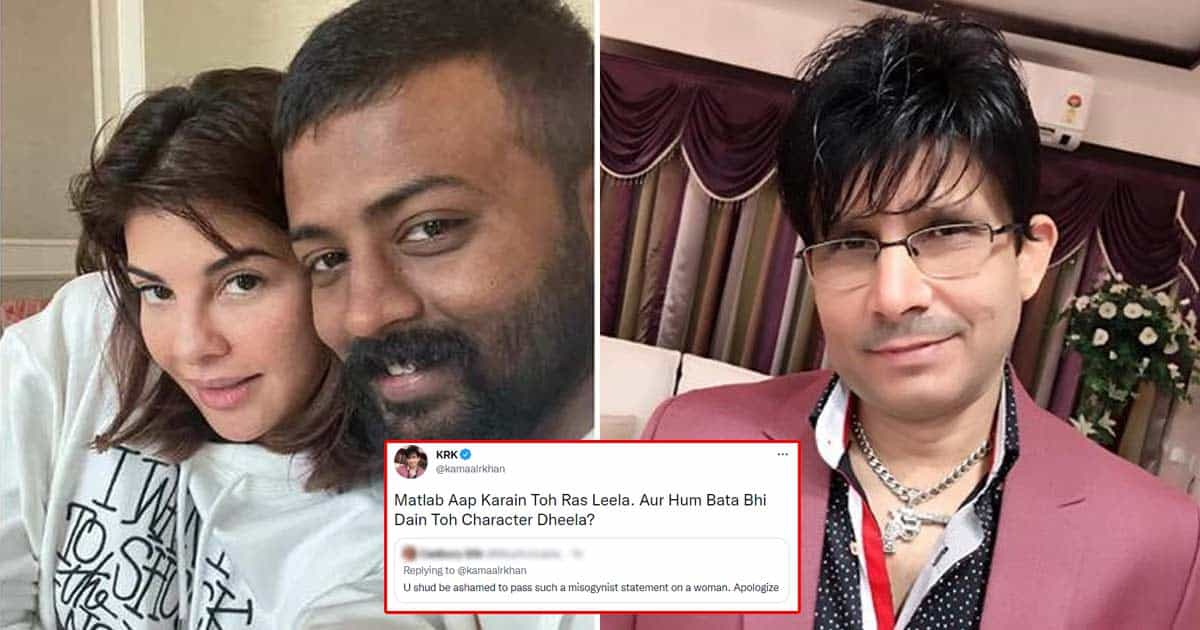 Jacqueline Fernandez has been in the limelight ever since her pictures with Sukesh Chandrasekhar went viral. ED is reportedly all set to question her regarding ties with the conman. Amidst it all, Kamaal R Khan aka KRK has shared his opinion on the Bollywood beauty and passed some cheap remarks. Scroll below for all the details.

As most know, Jacqueline and Bollywood actress Nora Fatehi have been summoned by the ED in a 200 crore money laundering case. They have a common connection – Sukesh Chandrasekhar, who reportedly gave expensive gifts to both the actresses.

Jacqueline Fernandez was reportedly stopped from flying out of the country last week. The actress is said to be confronted regarding her ties with the millionaire conman by the ED anytime soon. Amidst it all, KRK has passed some derogatory remarks against the actress.

In another tweet, he shared, “Ab Waqt Aa Gaya Hai Asleel #JacquelineFernandez Ka review Karne Ka. How did she got so many films without knowing acting? How big Gold digger she is? Etc. Etc.”

Check out the tweets below:

Ab Waqt Aa Gaya Hai Asleel #JacquelineFernandez Ka review Karne Ka. How did she got so many films without knowing acting? How big Gold digger she is? Etc. Etc.

Just not that, KRK even claimed that there seems to be a strong personality who’s been saving Jacqueline Fernandez and other actresses from being arrested by the officials. We wonder who he is hinting at!