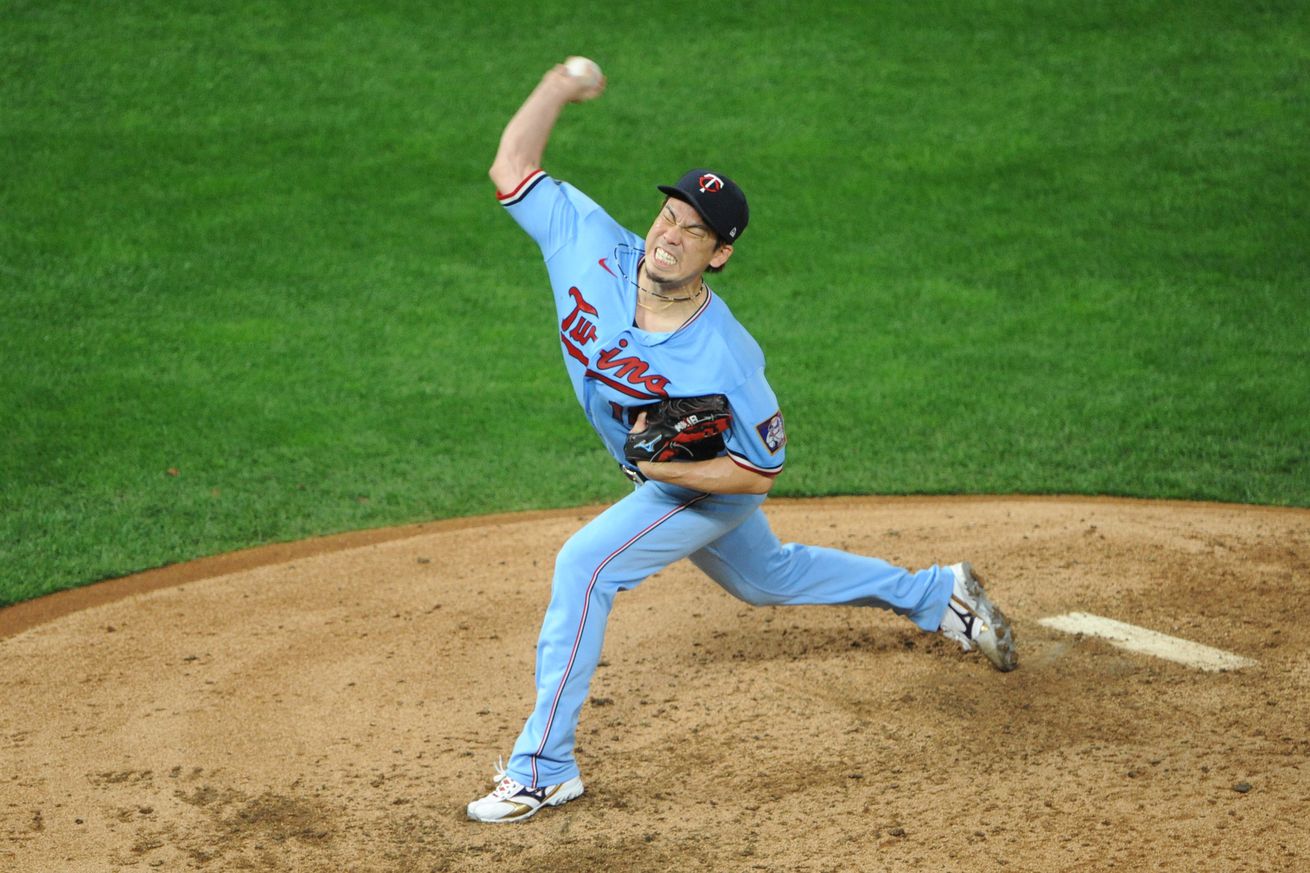 This will be the first Opening Day nod in the US for MaeKen.

Spring is well on its way. “How?” you may be asking. Daylight savings, March snowstorms, and warm temperatures. Oh, also teams are starting to name their Opening Day starter, and the Minnesota Twins are no exception.

Rocco Baldelli notified the press today that Cy Young runner-up Kenta Maeda will toe the rubber for the Minnesota Twins on April 1 when the Twins take on the Milwaukee Brewers in Milwaukee.

Kenta Maeda will be on the mound for the Twins' opener on April 1 in Milwaukee, Rocco Baldelli announces. An honor he has enjoyed 5 times in Japan, but this will be his first time in the U.S. https://t.co/Th3EyhQYX8

As Phil Miller of the Minneapolis Star Tribune notes, this will be MaeKen’s first Opening Day nod state-side after earning the honors five times in his native Japan. Maeda has definitely earned the honor after posting a 2.70 ERA/3.00 FIP and a league-best 0.750 WHIP in 66.2 innings of work in a truncated 2020 season. He undoubtedly was the anchor of the rotation, providing consistency and coming oh-so-close to a no-hitter. He’s also pretty jacked to get a chance to hit again (Milwaukee is in the National League, as a reminder, and old-school rules are in play for 2021 as of right now):

Kenta Maeda said he made five Opening Day starts in Japan prior to signing with the Dodgers in 2016.

He also seems very excited about getting a chance to hit again, with the Twins opening the season on the road in Milwaukee.

Kenta Maeda will draw the Opening Day start, Rocco Baldelli announces. Jose Berrios will follow him in the rotation.

With first cuts completed and the Opening Day and Opening Day-plus-one starters announced, the regular season is just that much closer.

How do you feel about Baldelli going with Maeda and Berríos as the one-two punch to start the season?