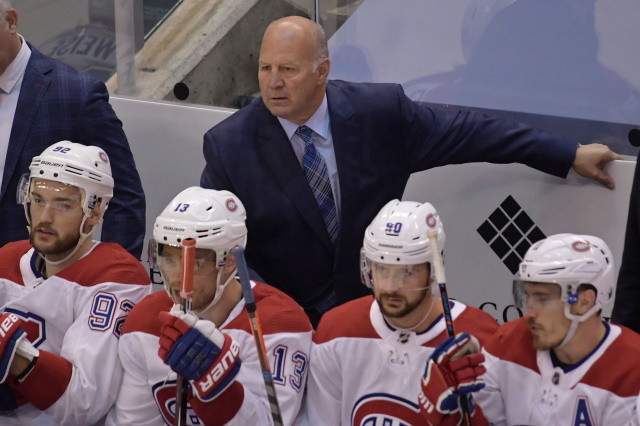 Julien in a Toronto hospital

John Shannon: “Claude Julien had a stent inserted into a coronary artery. The procedure was carried out at St. Michael’s Hospital in Toronto on Thursday. Doctors expect a full recovery. Julien will return to Montreal to recuperate.”

Elliotte Friedman: Kirk Muller will take over behind the bench for the rest of their series with the Philadelphia Flyers.

Adam Vingan: Hamhuis had begun his career with the Predators. He played in 600 for the Predators and 1,148 overall in 16 NHL seasons.

Cory Lavalette: Boston Bruins goaltender Tuukka Rask: “I’m just trying to have fun and play the game. I’m not stressing too much about results and what not. It’s August and I haven’t played hockey in forever. So just go out there and have fun and see what happens, for me.”

Mike Loftus: Boston Bruins forward David Pastrnak missed yesterday’s game. Coach Bruce Cassidy on Pastrnak: “He was questionable from the game (Wednesday) afternoon. This morning he was getting treatment. Unfit to participate. We don’t believe it’ll be long-term … It’s a day-to-day thing, we hope. Obviously, targeting Saturday at noon.”

Eric Francis of Sportsnet: Calgary Flames forward Matthew Tkachuk left the game on three separate occasions. The last one could have put him in concussion protocol.

Patrick Johnston: Vancouver Canucks defenseman Jordie Benn is out of quarantine and is back skating with the team.

Reiden was referring to concussion protocol.