A look at Woolwich towers

It’s been a few months since I last put up a post looking at new Woolwich towers beside the Thames.

These are the first two of five eventual blocks by Berkeley Homes on the former Waterfront leisure centre car park. 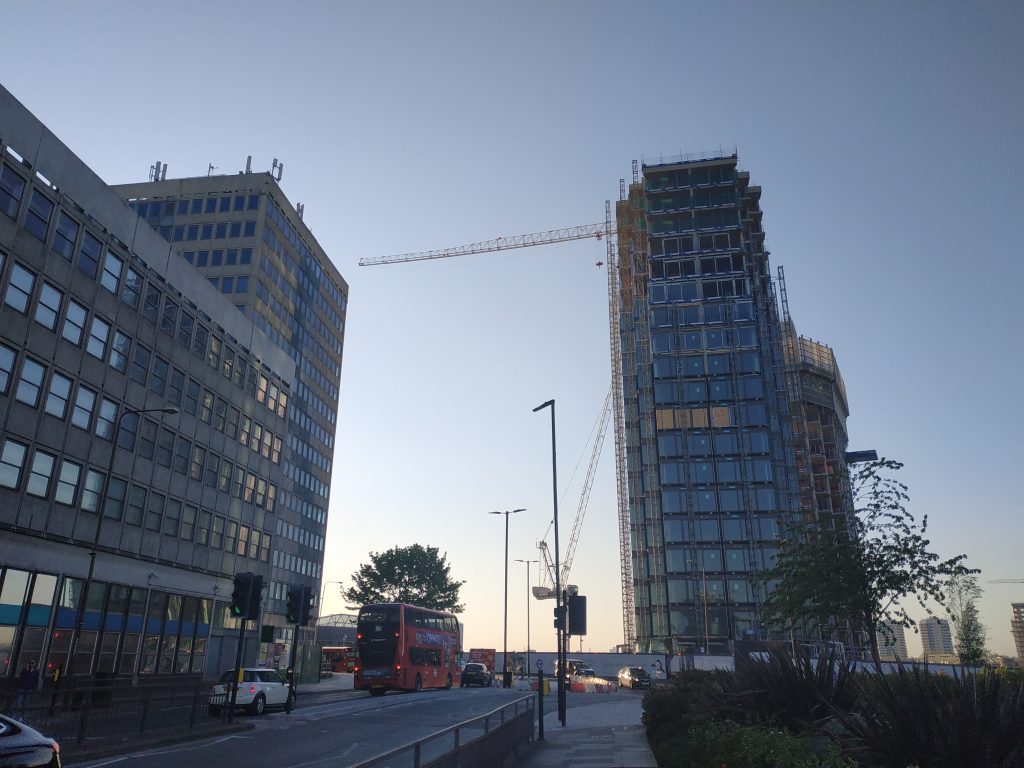 A new water feature will be installed between these towers and blocks completed to the east.

Retail space will face the street (pink in above image) though there’s little commercial space facing the Thames. 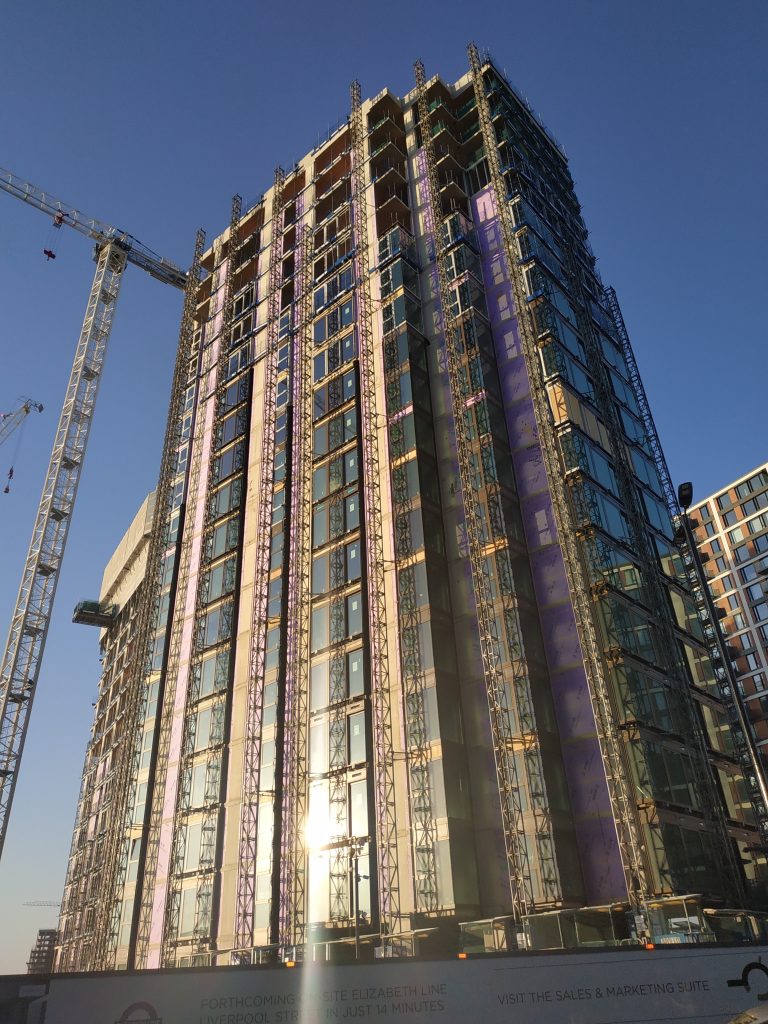 The towers are quite the bruts. There seems to be a cap here on heights so no tower reaches above 20 floors, creating a wall effect.

How detailing alleviate this – or attempts to – will be one to study. 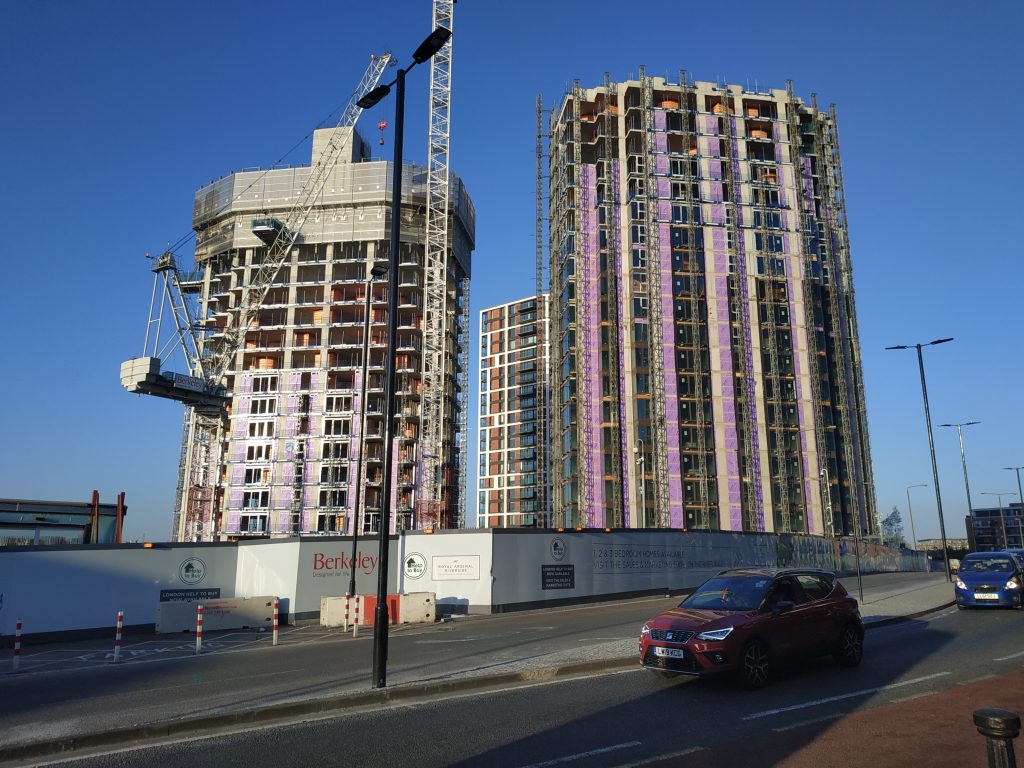 With completed tower behind

It’s not a people friendly area. LA post last week looked at how pedestrians are forced onto narrow pavements and crossings. 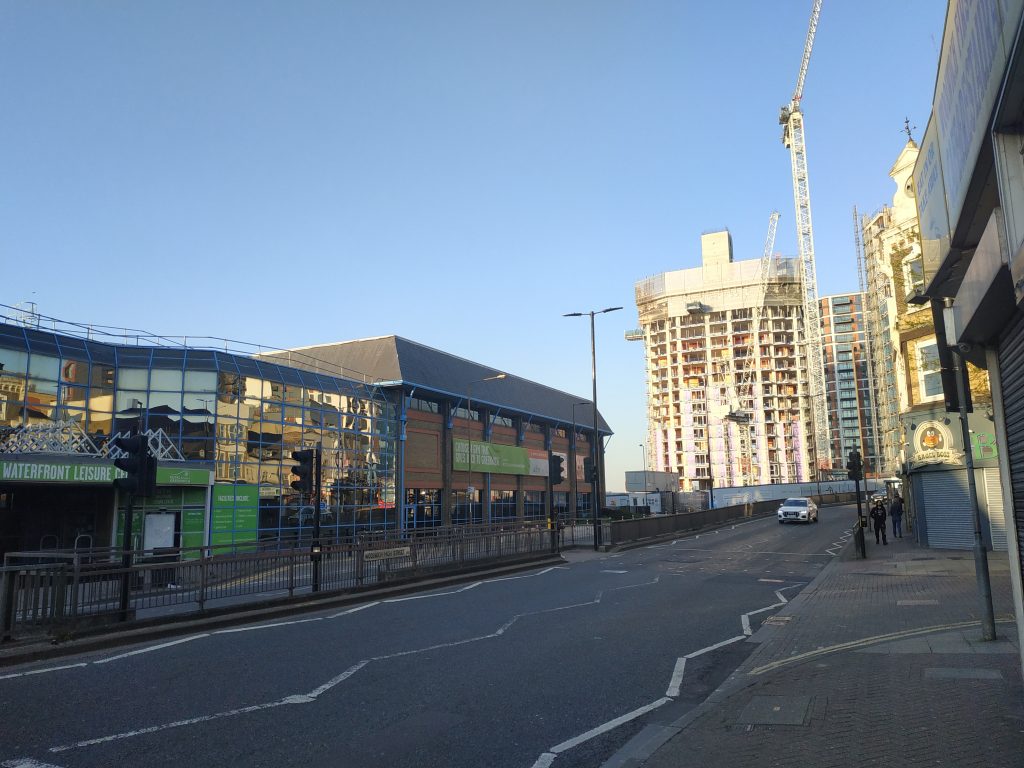 You may notice how the road dominates this area. 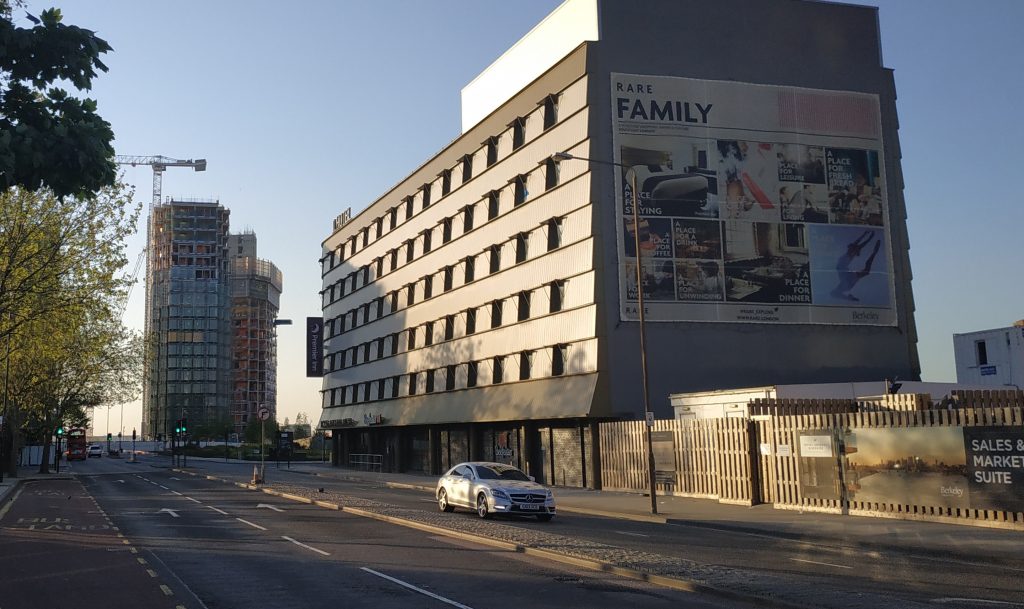 I will look at street changes in a future post. I’ve previously covered street upgrade plans in this area which showed no cycle lane and narrow pavement on Beresford Street and Woolwich High Street. Cycle Highway 4 from Greenwich to Woolwich stops just west of here beside the Woolwich ferry. There doesn’t appear much in the way of passive provision in most areas east to continue in future and link to segregated lanes nearer Plumstead.

A look at Woolwich towers