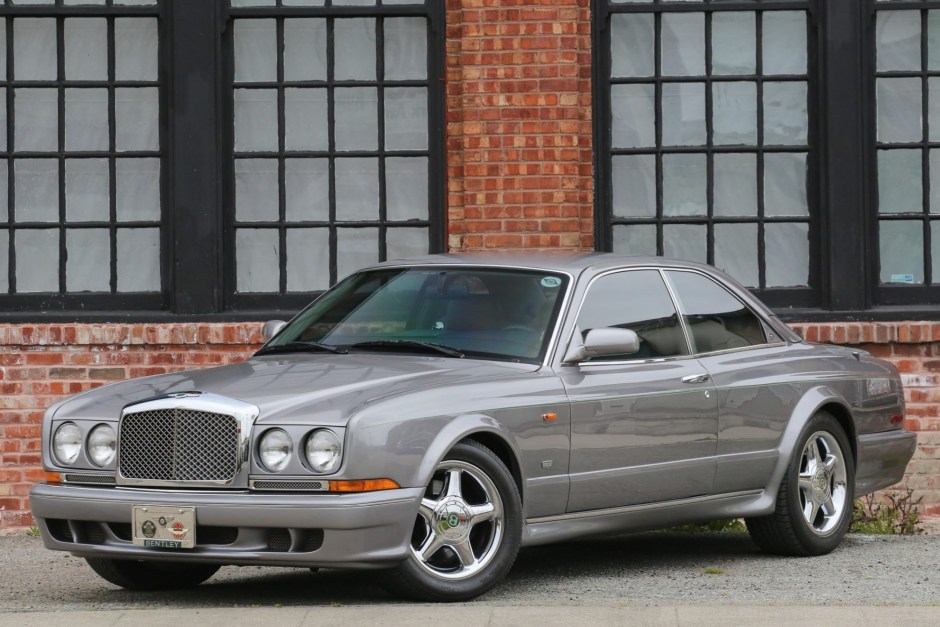 This 2000 Bentley Continental R Mulliner was reportedly originally commissioned by Bentley for display at the Frankfurt Motor Show in 1999, and it was later sent to the US for display at Pebble Beach followed by shows in Vancouver, Canada, and New York City. The car is finished in Silver Tempest over a two-tone tan and emerald green interior and is powered by a turbocharged 6.75-liter V8 paired with a four-speed automatic transmission. Equipment includes wide wheel arches, 18″ chrome wheels, self-leveling suspension with adaptive ride control, power-adjustable front seats, power windows, cruise control, and a Pioneer DVD stereo. This Continental R Mulliner is now offered on dealer consignment in California with two umbrellas, an owner’s booklet set, a battery charger, service records since 2018, documentation of the car’s use as a display vehicle, a clean Carfax report, and a clean Pennsylvania title. 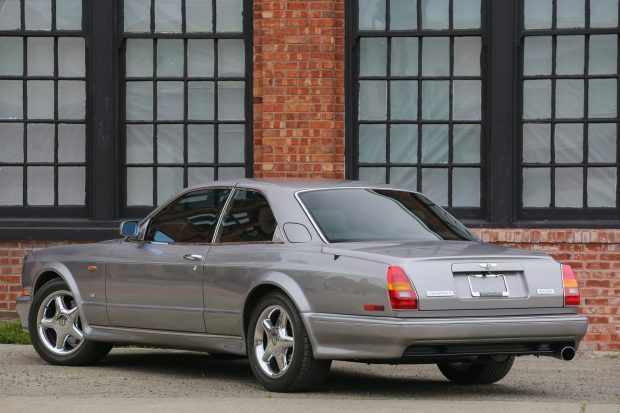 The Continental was the first Bentley model not to share its bodywork with a Rolls-Royce model since the S3 Continental of 1965, and the Continental R Mulliner was introduced in 1999, combining the increased power of the Continental T with the longer wheelbase and wide-body styling of the Continental R. This example is finished in Silver Tempest, and features include flared wheel arches, a rear lip spoiler, color-matched bumpers and side mirrors, and tinted glass. The selling dealer states that clear paint protection film has been applied to the front bumper, front grille surround, and front edges of the fenders. 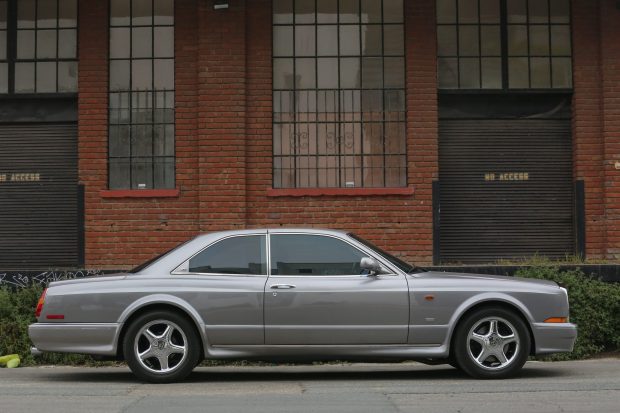 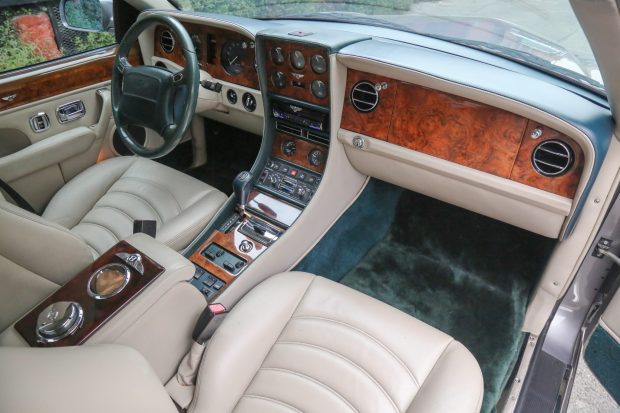 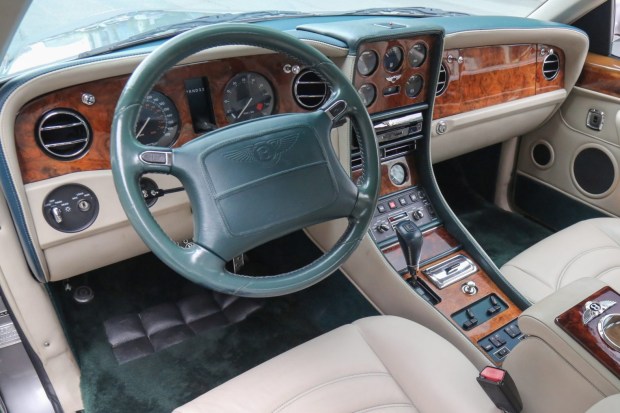 Instrumentation consists of a 170-mph speedometer and a 5k-rpm tachometer ahead of the steering wheel, as well as center-mounted gauges for oil temperature, fuel level, oil pressure, coolant temperature, and battery voltage. The digital odometer shows 41k miles. 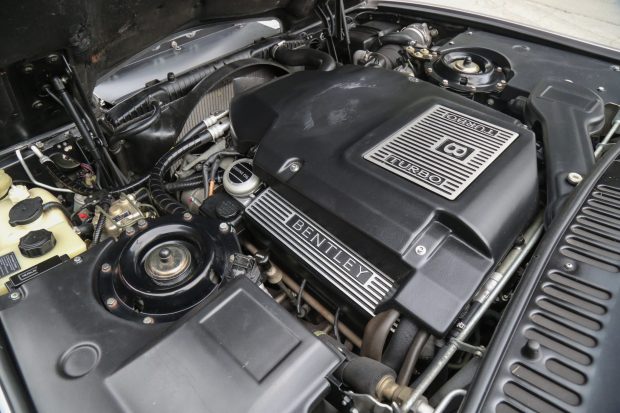 The turbocharged 6.75-liter V8 was factory rated at 420 horsepower and 650 lb-ft of torque in Mulliner trim. 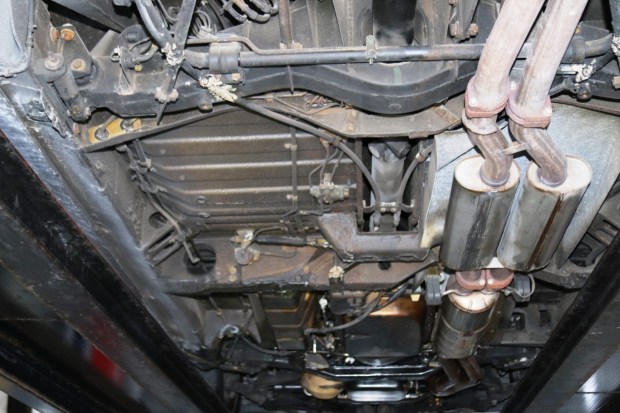 Power is sent to the rear wheels through a four-speed automatic transmission. Additional underside photos are provided in the gallery. 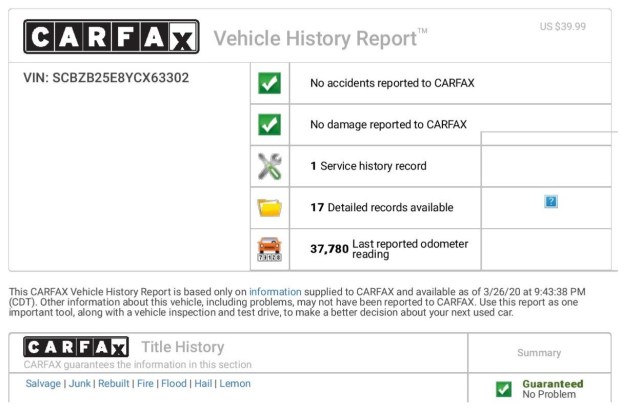 The Carfax report shows registration history in California, Arizona, Arkansas, and Montana from the first entry in 2002 through the last entry in January 2018, and indicates no accidents or other damage. The selling dealer has provided walk-around and driving videos below.