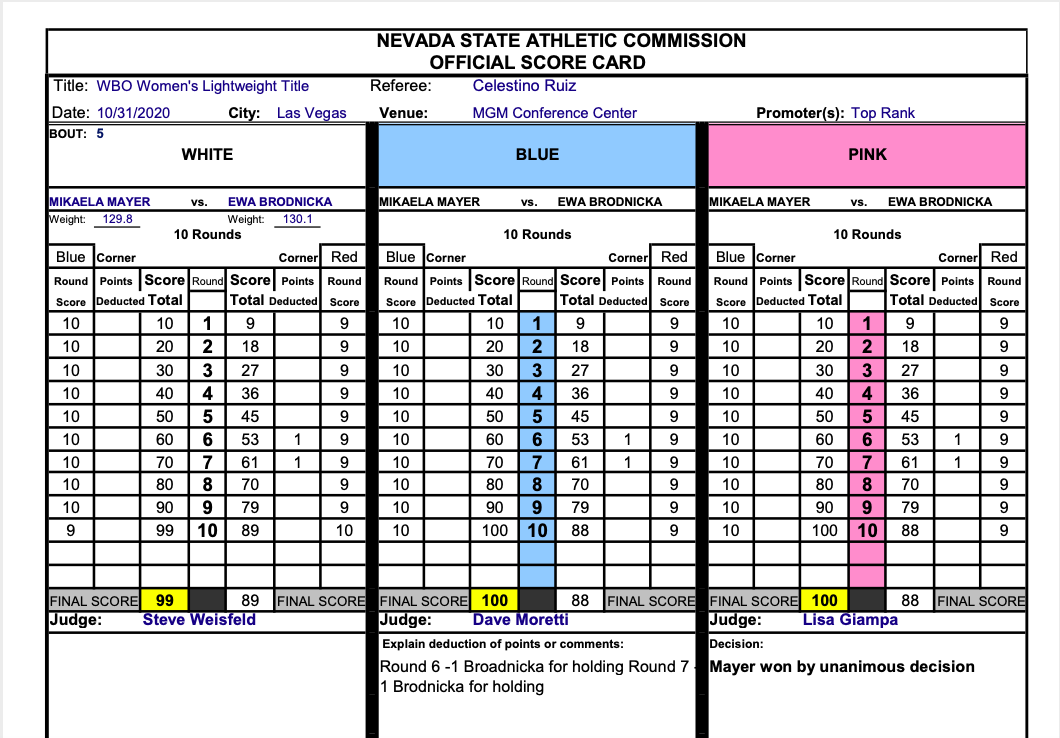 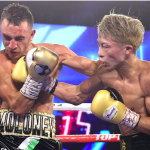 The booking made so much sense, “The Monster” fighting on Halloween night in America. On paper, it was a no-brainer, and when it played out Saturday night in Las Vegas, that choice paid off.

Inoue, the 27-year-old pugilism ace from Japan, downed Aussie Jason Moloney at 2:59 in Round 7 via KO at the MGM Bubble. It was a stabbing right hand, timed better than anything Jason Voorhees or Freddy Krueger ever managed, and down went Moloney. The loser tried to beat the count, but Kenny Bayless reached the count of 10.

Top Rank, led by 88-year-old Bob Arum, promoted the event, portions of which ran on ESPN+, the streaming service from The Worldwide Leader. Where is Inoue on your pound for pound list?

In all seriousness, “The Monster” business is nice for marketing, but it shouldn’t be implied that Inoue is mostly about brute strength, and a merciless manner. No, technically he’s quite sound, and his eyes in the ring are a huge asset. He knows where to move, when to move his feet six inches, to give himself a better angle, and deliver the nasty stuff.

After the win, he told Mark Kriegel that he thinks he is indeed getting better with age. He gave Moloney props for being a solid athlete. And what is he thinking he will do next? He is wanting to get some more belts at 118, he said. John Riel Casimero holds the WBO 118-pound belt, so it would make sense maybe if a Inoue vs. Casimero bout were fashioned. Nordine Ouabaali, the WBC titlist, and Donaire were mentioned as well.

Inoue entered with the RING, WBA and IBF bantamweight titles round his waist. He upped his mark to 20-0, with 17 stops. The twin Moloney, who said coming in he knew he wasn’t being brought in as the A aside, went to 21-2. He also shared that he thought maybe Inoue was starting to sip his own Kool Aid, and believe, without merit, that he is a monster in the ring.

“The Monster is a special fighter,” said Bob Arum after. “I haven’t seen a young fighter like that in a long time. And credit to Jason Moloney for fighting like a warrior. He gave it his absolute best.”

In the first, we saw Inoue not looking gun shy. In his last outing, he took hard shots from Nonito Donaite and had an eye socket and his nose were busted. That scrap came Nov. 7, 2019, and Inoue needed extra time to recover, heal up, make sure his bones were suitable for absorbing strikes. Body work from Inoue looked sharp, and he dropped in a power right at the 1:40 mark. A left counter at the bell maybe cheered up Moloney, showing him that his hands are fast, too. Twin Andrew Moloney watched and tried to will the twin bro to the win.

In round two, Moloney used his legs more and that worked better for him, he didn’t get preyed upon the same way. In the third, a right uppercut exploded on the head of the Aussie, who shrugged it off. His body work, then that left hook, everything was being used to good effect by the Japanese boxer. Inoue got more into monster mode in the fourth, his volume ramped up. Moloney tried to answer, but he’s been used to being the aggressor. Now he was on the defensive, too much. But two judges gave the loser the fourth. A sharp right lead buzzed Moloney, this after Moloney started looking a bit more comfortable in the fifth. In the sixth, a counter sent Moloney to the mat. The twin tried to grab and hold but Inoue wanted to finish. It was a left hook, delivered in between the guard pillars. He slid some to his left, and back a bit, to get the right range. After the round, ref Kenny Bayless told Moloney he needed to show something or that would be it.

In the next round, the end came. A right after a Moloney jab put Moloney down, and he thought about trying really, really hard to beat the count. He knew in his heart, it was not to be. He was buzzed, bad. In the chief support bout, Mikaela Mayer (below), a Cali 2016 US Olympian, rose to 14-0 on Saturday night, in The Bubble, while foe Ewa Broadnicka, entering as a WBO champ, slipped to 19-1. That one smarted, and was just a wee bit low and left to whack the solar plexus. (Mikey Williams photo)

Brodnicka got off to a rough start with weigh in woes. She was 130.9 Friday, went to sweat it off, but an hour later was still over, at 130.1. Thus, she lost her title, the WBO’s 130 pound title, on the scale, and only Mayer could (and did) win the crown.

Points must be given to the Pole, for being willing to shave her whole head to make weight. She was willing, but told no, that would be too radical, so she wasn’t going bald on this fight night.

The 36 year old Pole was fighting for the first time in America.

Mayer kept on with the head movement, and smart counters, and snapping jab to kick things off, and into the fourth. Mayer did the better work in the fifth. More bad news for the Pole; she had a point taken for holding in round six. And yet again in round seven. With so little power, she had just two stops coming in, one had to think we’d see a decision in this one, by this juncture.

It was too late for Ewa to figure out how to fight inside, and so Mayer kept on being busy, and getting off inside and scoring points, to the home stretch. Mayer scored a dominant 10-round decision over Nigerian Helen Joseph in July, her last start. Brodnicka in her last outing outpointed Djemilla Gonturak, in March.

Coach Al Mitchell had a nice birthday, he turned 77 the day of the fight, but the title win didn’t make him soft. Mitchell gave MM a “B,” and “she shoulda did better,” he said, she could have stopped the Pole.

Mayer told Mark Kriegel she was bummed because she didn’t get to hold the belt, which Ewa had left in her dressing room.

“Like {head trainer} Coach Al {Mitchell} said, her holding and her movement was a little tricky for me to catch on to,” Mayer stated. “I still feel like I did win every round. There were definitely some things I could’ve done a little bit better, but ultimately it was a good learning fight.” The post Inoue offers Halloween treat; The Monster slices up Moloney on ESPN+ appeared first on The Ring.