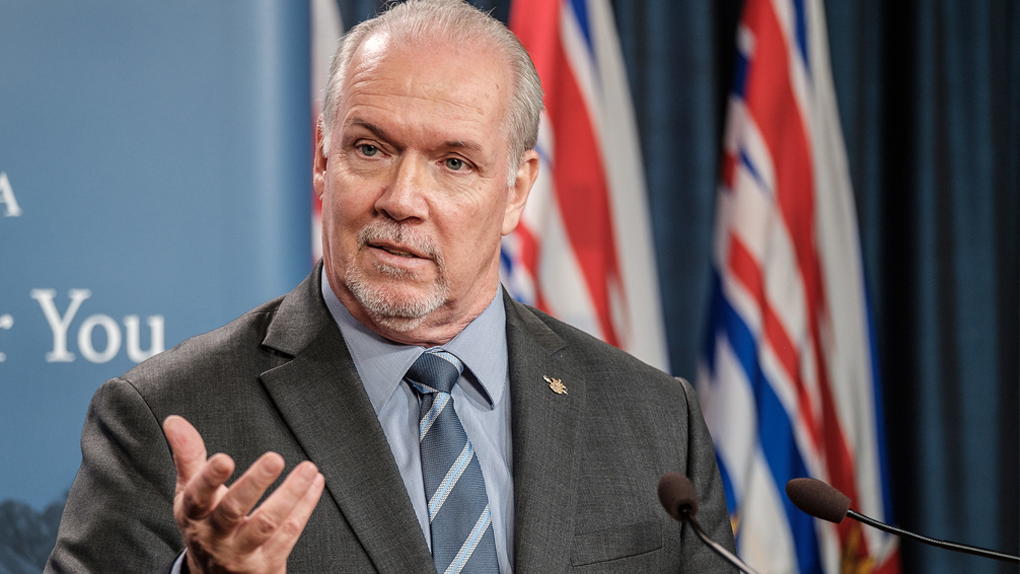 The province brought in an emergency sick leave program on a temporary basis earlier this year in response to the COVID-19 pandemic. BC previously had no paid sick days.

“BC becomes the first province in Canada to legislate this level of paid time off for workers who fall ill,” said a media release from the Premier’s Office. “This new workplace protection applies to all workers covered by the Employment Standards Act, including part-time workers.”

Every worker should be able to take a sick day when they need it.

Beginning on January 1, BC will be the first province in

with a minimum of five days of paid sick leave every year.

“This is an important achievement for public health and safer workplaces,” said BC Federation of Labour President Laird Cronk in a statement. “But we’re disappointed that it’s only half the 10-day standard that science supports and that is the overwhelming preference of British Columbians.”

“The change means immediate help to the more than half of BC workers who have no paid sick leave, and nearly 90% of disproportionately racialized and women workers in low-wage sectors,” the BCFED said, but added it “falls well short of what workers, public health experts and economists have called for — and what is the standard in most of the OECD.”

“This is an important achievement for public health and safer workplaces. But we’re disappointed that it’s only half the 10-day standard that science supports and that is the overwhelming preference of British Columbians.” — @Laird4bcfed https://t.co/DWcGkGdbNg #bclab #bcpoli

“Five days is inadequate if we are serious about reducing contagion,” Cronk told PressProgress, noting the federal Liberal government brought in 10 paid sick days in federally regulated sectors with the support of the federal NDP.

“Workers need to have the confidence that if they get sick more than once a year, they have the protection they need to stay home and limit the spread of illness,” Cronk said. “Five days is inadequate if we are serious about reducing contagion.”

The Premier’s media release noted that the province “looked to other jurisdictions that have mandated paid sick leave, including in the United States, Australia, New Zealand and several European countries.”

However, Cronk noted: “10 days is common across the OECD. New Zealand and Australia offer 10 days, Sweden 14, while Germany offers 6 weeks.”

The BCFED was one of dozens of members of a coalition of labour unions, advocacy groups and charities that had been campaigning for the provincial government to set a new national standard by bringing in 10 paid sick days.

The BC General Employees’ Union, one of the province’s largest unions, said in a statement that it plans to continue its campaign and “keep fighting until all workers have at least 10 days.”

“81% of workers told the government they needed 10 paid sick days,” BCGEU said. “After all that we learned in the pandemic, we know that 5 days is simply not enough.”

spoke with a united voice asking for 10 days paid sick leave – something we’ve learned is essential in the pandemic.

By announcing 5 the BC government falls behind the Feds who have announced 10.

This would be an easy decision for any party of labour. #bcpoli https://t.co/co1pBF9z4B

The Worker Solidarity Network, which was a member of the coalition, said the decision to implement only half the recommended paid sick days appeared to be influenced by the “unsubstantiated concerns of big business lobbyists” and warned some workers could be left more precarious than others.

“Workers in low-wage sectors are already disproportionately exposed to racialized and gendered discrimination at work, and the process of requesting sick time is closely tied to their job security,” WSN spokesperson Anna Gerrard told PressProgress.

“Firing workers for taking too many sick days, or, for taking them with late-notice (often a part of the situation as no one plans to get sick), is a common reason for termination and many are still not believed by their employers,” Gerrard explained, adding that the WSN is “concerned about any sick-note requirements.”

“It should not be left up to an employers discretion in determining what is valid regarding private health matters or personal emergencies.”

Gerrard noted that this is particularly the case with workers who may be struggling with issues relating to “mental health, stress and anxiety and those living with disabilities which may not be visible.”

“Ten days would be a much more adequate safety net, as no one plans to get sick. It is especially disappointing, given what we’ve learned throughout this pandemic.”

As PressProgress reported previously, big business lobby groups, particularly in the retail sector, had pressured the BC government on paid sick days, going so far as to argue that COVID-19 is not a “significant” workplace hazard.

The Canadian Centre for Policy Alternatives notes paid sick leave is an issue that most impacts British Columbia’s essential workers — nine in 10 BC workers with an income of less than $30,000 previously had no access to paid sick leave.