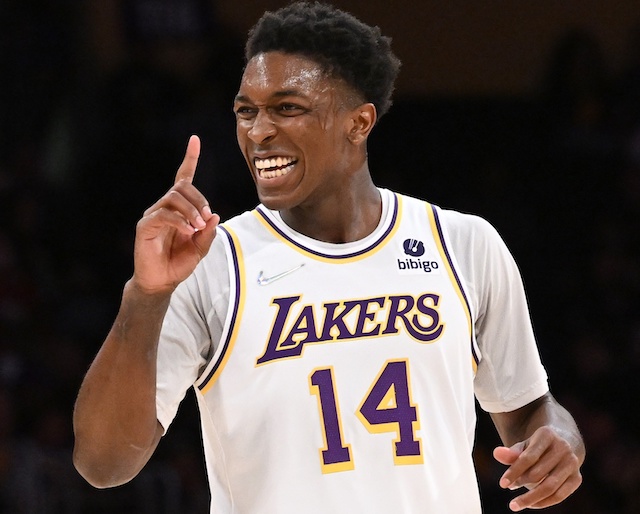 The Los Angeles Lakers have a pivotal offseason ahead of themselves as they look to rebuild a roster that was not nearly up to par to contend for a title this past season.

The Lakers have pillars in LeBron James and Anthony Davis to build around, but surrounding them with complementary pieces is going to be crucial in ensuring they get back on the right foot. Los Angeles got off to a strong start to the summer by bringing in head coach Darvin Ham, who already has a clear vision of how he wants the team to play, but there is still plenty of work left to be done.

Rob Pelinka noted that one of the goals for the roster is to get younger and more athletic, and they already have several players who fit the bill within the organization. One such player is Stanley Johnson, who became a pleasant surprise and pivotal rotation player midseason. After a series of 10-day contracts, the Lakers signed Johnson to a standard two-year deal with a team option for the second year.

Los Angeles was widely expected to pick up the second year of Johnson’s deal, but the team finally made it official, via Keith Smith of Spotrac:

Johnson’s immediate future in Los Angeles was never in question considering the tools and intangibles he brings as a physical wing defender. The Lakers were so starved for defensive-minded players that Johnson was able to come in and contribute off the bat, a sign that he could be in for a larger role heading into next season.

Defense will always be the forward’s calling card, but any strides he can make as an outside shooter will go a long way in helping the Lakers win more games. However, to see him officially back in the fold is a positive step forward and it will be exciting to see how much he can improve and develop over the course of the year.

After several stops around the league, Johnson appears to have finally found a home with the Lakers and much of that can be attributed to his willingness to do whatever is asked of him. In fact, in his exit interview Johnson made sure to highlight the importance of team chemistry and everyone doing the dirty work out on the floor.