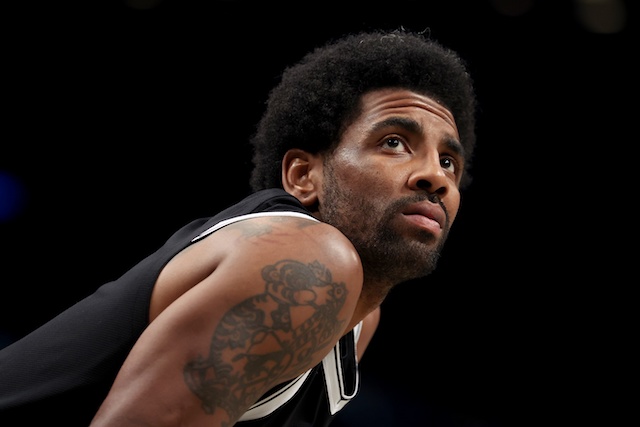 After a disappointing 2021-22 season in which they missed the playoffs, the biggest question mark for the Los Angeles Lakers going into this offseason was what they would do with Russell Westbrook.

The Lakers gave up a number of assets to acquire Westbrook last summer, although it did not work out as planned as his play was largely underwhelming in his first season with L.A.

Westbrook has a player option that’s worth around $47 million for 2022-23, which to no surprise, he exercised as opposed to opting out and testing free agency.

With that being the case, the only two realistic options for the Lakers and Westbrook are keeping him for another season or finding a trade partner that’s willing to take on his massive expiring salary.

The one option that seemed to be the most likely was the Lakers trading Westbrook and assets to the Brooklyn Nets for Kyrie Irving after word came out that Kevin Durant wanted out.

While the Nets didn’t seem to have interest in Westbrook, there didn’t appear to be any other suitors for Irving considering he has made it clear that he wants to be in L.A.

Considering the Lakers are the only team with interest, the Nets are engaging with them on a deal, via Chris Haynes of Yahoo Sports:

There’s palpable optimism that an agreement can be struck between the two sides this offseason, but there remain a few hurdles, sources said.

Draft compensation is an ongoing talking point for the Nets and they want shooting guard Joe Harris — who is recovering from left ankle surgery — and his remaining $38.6 million owed over the next two years included in the deal, sources said.

The Lakers have been disinclined to the inclusion of Harris, and are instead seeking the insertion of sharpshooter Seth Curry as part of the arrangement, sources said.

The Lakers had been unwilling to include future first-round picks to unload Westbrook, but acquiring a player of Irving’s caliber is a different story so it is likely that they will change their stance to get this deal done.

With Irving in the fold, the Lakers would have a formidable Big 3 with him, LeBron James and Anthony Davis that should help get them back into championship contention. The Lakers would also get off of the final year of Westbrook’s contract, which was thought to be nearly impossible.

For salary matching purposes, the Nets would have to include another player, which is why Joe Harris and Seth Curry’s names are coming up.

While L.A. seems to prefer Curry, they may need to take on Harris’ salary in order to get a deal done. That shouldn’t be a deterrent for L.A. considering Harris is one of the league’s premier shooters, which is what the Lakers lack right now.

Lakers have Hield and Gordon as backup plans

If for some reason the Lakers and Nets are unable to come to an agreement on a deal, L.A. is believed to be targeting Buddy Hield and Eric Gordon as backup options to add shooting.