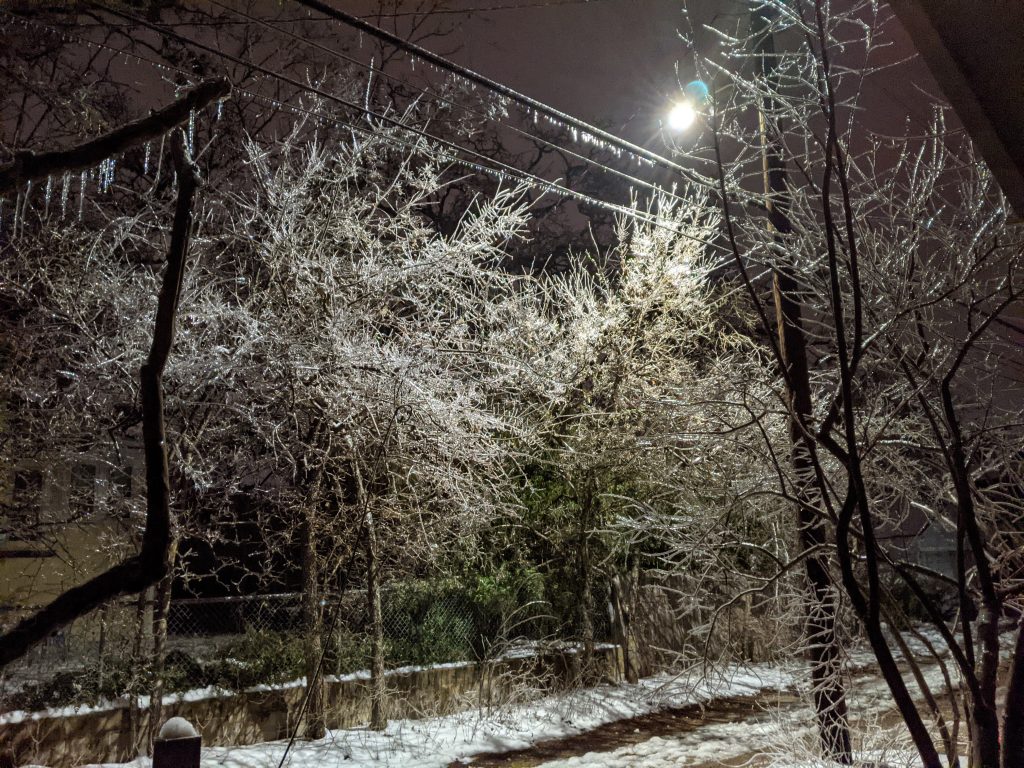 IHS Climate in Context – Texas Deregulation and the 2021 Ice Storm

This article is part of the wider IHS Climate in Context Series.

The Texas ice storm of February 2021 did not just knock out the power for four million people, it resuscitated a dormant debate over the wisdom of the state’s deregulated market for electricity.  Should such a vital service should be entrusted so entirely to the market?  Of course, calling Texas’ electric market “free” is something of a misnomer, since it stemmed from carefully calibrated acts of government beginning with a 1999 law signed by then-governor George W. Bush.  Passed with little or no consideration of climate change or extreme weather, this legislation set the stage for a wobbling polar vortex twenty years later to throw a crippling and near-catastrophic monkey wrench into the state’s chain of electric supply.

The questions now being raised about deregulation echo those percolating across late nineteenth America as laissez faire laws and court decisions helped usher in an era of rising economic inequality and conflicts.  Transportation (railroad and streetcar) and utility (water, sewer, gas and electric) companies enjoyed little competition across many territories they served, what economists of the time termed “natural monopolies.”  They were thus able to hike charges on trapped consumers with impunity.  A Progressive economics then set about critiquing the private machinations behind their monopolies, as cries of foul play also turned political.  Out of movements from the agriculturalist Grangers to the urban Progressives and “sewer socialists,” the first public regulatory commissions were born, and public ownership of utility companies also flourished.  The Texas Railroad Commission was a product of this era, and by 1920 some 38 states had created public commissions to oversee electric rates.

Texas’s electric companies remained a national exception, with only city-level oversight until 1975.  That year, the state finally set up a Public Utilities Commission to regulate electric companies along with gas, communications, and cable television industries.  By then, environmental oversight of these and other industries was peaking both in Texas and in Washington, D.C.  But nationally and in other states leaders were also switching gears to explore the deregulation of industries including railroads long regulated on the public’s behalf.  The rationales ranged from concerns about private oligarchies (airlines) to new inter-industry competitiveness (trucks versus trains) to a neoconservative revival of faith in market freedom.  Beginning under a Democratic President, Jimmy Carter, the first deregulation measures came in ground transportation, airlines, and natural gas.  The Republican administration of Ronald Reagan then attacked government regulation more broadly, sowing the seeds both nationally and in Texas for the return of full-blown laissez-faire ideology.  As in the late nineteenth century, economic inequality grew in tandem with wealth- and business-favoring policies, the deregulation of Texas’s electricity industry among them.

A first step came in 1992, when the U.S. Congress passed an act enabling Texas’s Public Utilities Commission to deregulate wholesale electricity suppliers.   The deregulation of the state’s retail electricity markets then first gained serious consideration under Governor George W. Bush, Texas’ second Republican governor of the twentieth century, after Republicans finally gained a majority in the Texas Senate for the first time since Reconstruction in 1996.

Among the advocates of electricity deregulation were companies seeking entry into this market, especially the outspoken and influential Enron.  The arriviste Houston-based energy broker had grown explosively over the 1980s into the 1990s out of a niche created by the deregulation of natural gas, and now sought to move into the state’s market for electricity supply.  Among the great advantages it and other newcomers anticipated over Texas’ established electricity providers, the latter faced the considerable “stranded costs” of two massive nuclear plants not yet paid off, which were also expensive to run.  In a time when climate change was being framed as largely a global and future concern, consumer advocates as well as some environmental groups also embraced the idea of deregulation, to keep current electric monopolies from “getting bailed out by the consumer to the tune of billions of dollars,” as Texas Citizen Action staff director Julie Davis put it.  With additional choices, they hoped, consumers stood a chance of paying less, as established utilities were forced by competitors to keep prices low and find other ways to cover their bad investments.  But the incumbent electric utility industry, a powerful force in Texas politics, insisted on some provision to help it recover these stranded costs, as a condition for its support of any deregulatory measure.

All these interested groups hewed to certain assumptions about Texas’ weather that went unspoken: that its seasonal rhythms were stable and well-known, and that surely private suppliers would prepare for their anticipated extremes, so regulators didn’t have to.

After an initial Bush-backed effort that died in committee, a first deregulation bill, in 1998, allowed the incumbent producers to issue bonds to recover stranded costs, but failed to placate many other political players.  A year later, deregulation had become a thoroughly bipartisan endeavor, with bills introduced by Dallas Democrat Steve Wolens in the House and Waco Republican David Sibley in the Senate, and with Governor Bush also actively supporting.   The final bill, Senate Bill B 7, with 56 amendments, provided at least a little “something for [almost] everyone.”  The big established utilities got the right to issue bonds to pay off their nuclear plants, then gradually repay with income from customers.  Environmentalists celebrated requirements to clean up power plants by “groundbreaking” emissions cuts and to build out 2000 megawatts of renewable power within the decade.  An Enron spokesperson, too, found it a “good bill,” even though deregulation would arrive in 2002 rather than the 2001 it had advocated.   Consumer advocates, however, asserted that true market rates would likely exceed the modest six percent decline set by the bill itself, and found it asked “consumers…to take a pretty big leap of faith.” A Houston Chronicle reporter agreed, relaying his “strong impression that the monied interests came out on top.”

Looking back from 2021, this bill effectively tied the hands of Texas’ regulatory agencies, preventing them from pressuring preparations for more extreme weather, even if they had been so inclined.  More than that, the privatized, fragmented, and largely opaque market for electricity it set in motion may actually have disincentivized Texas’ electric industry from anticipating events like February’s devastating ice storm.  Twenty years on, confronted with a winter freeze made more extreme by planetary trends stoked by fossil fuels, the disastrous travails of Texas’s thoroughly privatized electricity markets have revealed new truths about what SB 7 accomplished.   The massive black-outs and large-scale disruption, the exorbitant power bills, the over seventy deaths and thousands of worsened ailments epitomize the market failure of Texas’s “freed” electricity industry.   Aside from those few who finagled huge profits, Texans’ faith in the ultimate magnanimity of the market has been betrayed.   To steer this and other markets toward actually serving the interest of the Texas public rather than a monied few, more government will be necessary.  That need is all the greater given the volatile weather which climate change has already begun stirring up over Texas, which is just getting started.

IHS Climate in Context – Texas Deregulation and the 2021 Ice Storm