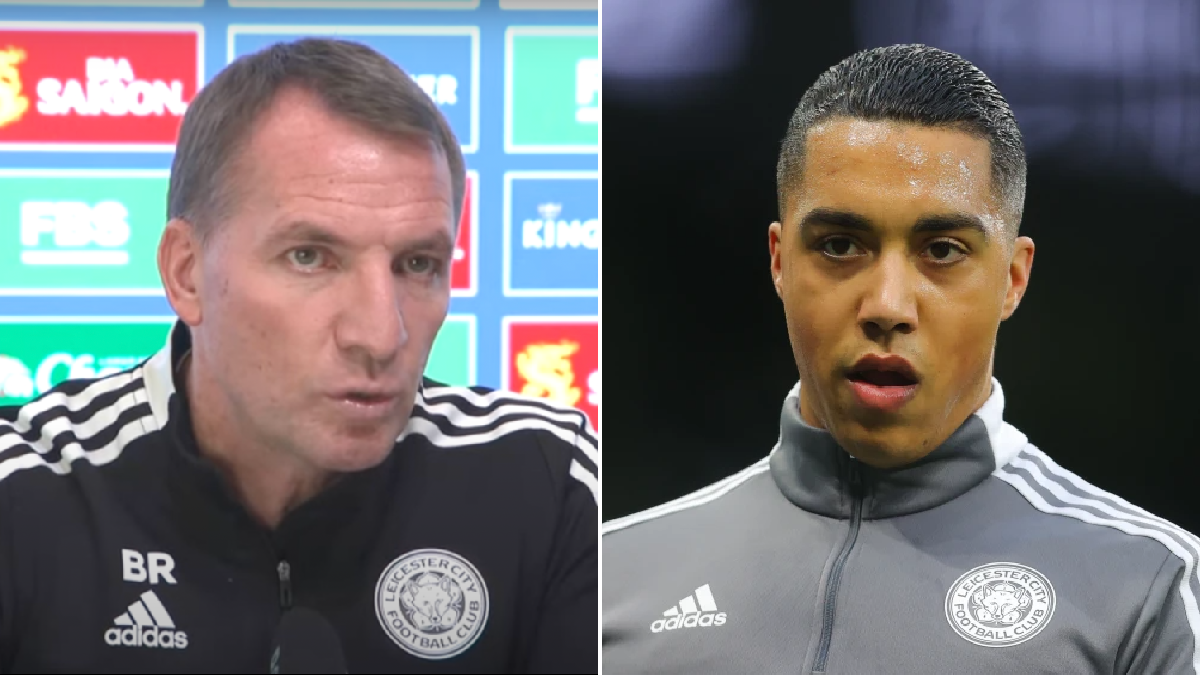 Tielemans has just 18 months remaining on his current contract at the King Power Stadium and the Foxes have made little progress in their attempts to convince the 24-year-old to extend his stay.

Reports this week suggest Arsenal have been alerted to the situation and Tielemans’ representatives have held talks at the Gunners’ London Colney training base over a possible move to the Emirates.

Tielemans is not expected to leave this January, but Arsenal see themselves as an ‘appealing option’ for the playmaker in the summer and Champions League qualification would boost their hopes of reaching an agreement.

However, speaking at a press conference on Thursday, Leicester head coach Rodgers said he was still hopeful the Belgium international would commit his future to the club and put an end to the mounting speculation.

‘He has clearly developed and turned into one of the best midfielders in the Premier League.

‘Clearly with a player with that quality and with the length of contract, he’s always going to be talked about. I can’t worry about that.

‘I know he is concentrated and very focused. We hope he will sign a new contract. He is a brilliant professional.’

Mikel Arteta has made no secret of his desire to strengthen in midfield this month and a host of names are being linked with the north London outfit, including Brighton’s Yves Bissouma, Lyon’s Bruno Guimaraes and PSG’s Gini Wijnaldum.

Reports emanating from France indicate the Gunners are in advanced discussions for Juventus’ Arthur Melo, though, with the Brazilian poised to join on loan until the end of the 2021/22 campaign.

It’s understood Arthur has been impressed by Arteta and is willing to complete a switch to the Emirates to boost his minutes and resurrect his chances of securing a Brazil call-up ahead of the 2022 World Cup in Qatar.

Though determined to bolster his squad before the transfer deadline, Arteta, addressing the media on Wednesday, looked to play down supporters’ expectations as he pointed at the ‘extremely difficult’ January market.

‘What I really want this month is that we have as many players as possible fit and healthy and that we do the best and maximum with those players,’ the Spaniard said.

‘After we have a strategy of how we want to evolve and improve the team, and whenever that is possible we are going to try to do it.

‘We all know that this market is extremely difficult.’

MORE : Arsenal given two options in deal to sign Bruno Guimaraes from Lyon