Leslie Cheung — A Name That Never Gets Old

Trigger Warning: The following content might contain a discussion of suicide, self-harm and depression. Please continue at your discretion.

April 1st hits Hong Kong different from the rest of the world. Leslie Cheung, remembered as the king of Cantopop, took his own life while suffering from clinical depression on this day in 2003. Fast forward to nearly two decades later, Asia is still very much invested in the legend himself. While living rent-free in the mind of many of his fans, the superstar hasn’t lost his charm to time and is found attractive even to the younger generation. This piece is dedicated to the icon in remembrance of his legacy.

People of Hong Kong either grow up watching or listening to Leslie Cheung. Being one of the most prominent pioneers of his time, Leslie Cheung had released over 40 music albums and acted in 56 films throughout his career, many of which are recognised as Hong Kong classics that contributed to the local cinema’s golden age in the ’80s to early ’90s.

Although debuted as an actor, the artist first rose to stardom with his music. You can hardly look for a song that did not make it to the charts while going through his long list of discography. As free-spirited as the singer himself, Cheung’s music was never bound by one single genre. Monica (1984) the dance-pop icon, For Your Heart Only (1985), the ballad that occupied the radio, and the hit single Wind Wind that went out the same year — the list goes on. In 2013, his record label unearthed the singer’s demo that had been hiding in the studio all these years, and fans fell in love with him all over again. The man never ceases to amaze. His works in cinematography took off soon after. Best known for his role as Yuddy in Days of Being Wild (1991) and Ho Po-Wing in Happy Together (1998), Leslie Cheung showcased his delicate depiction of queer characters and had then become an icon for the LGBT community in Asia that was rather conservative at the time. The talented actor would also be recognized by both art film and caper film fans for his works in Rouge (1987), Farewell My Concubine (1993), also in Ashes of Time (1994) and Shanghai Grand (1996). 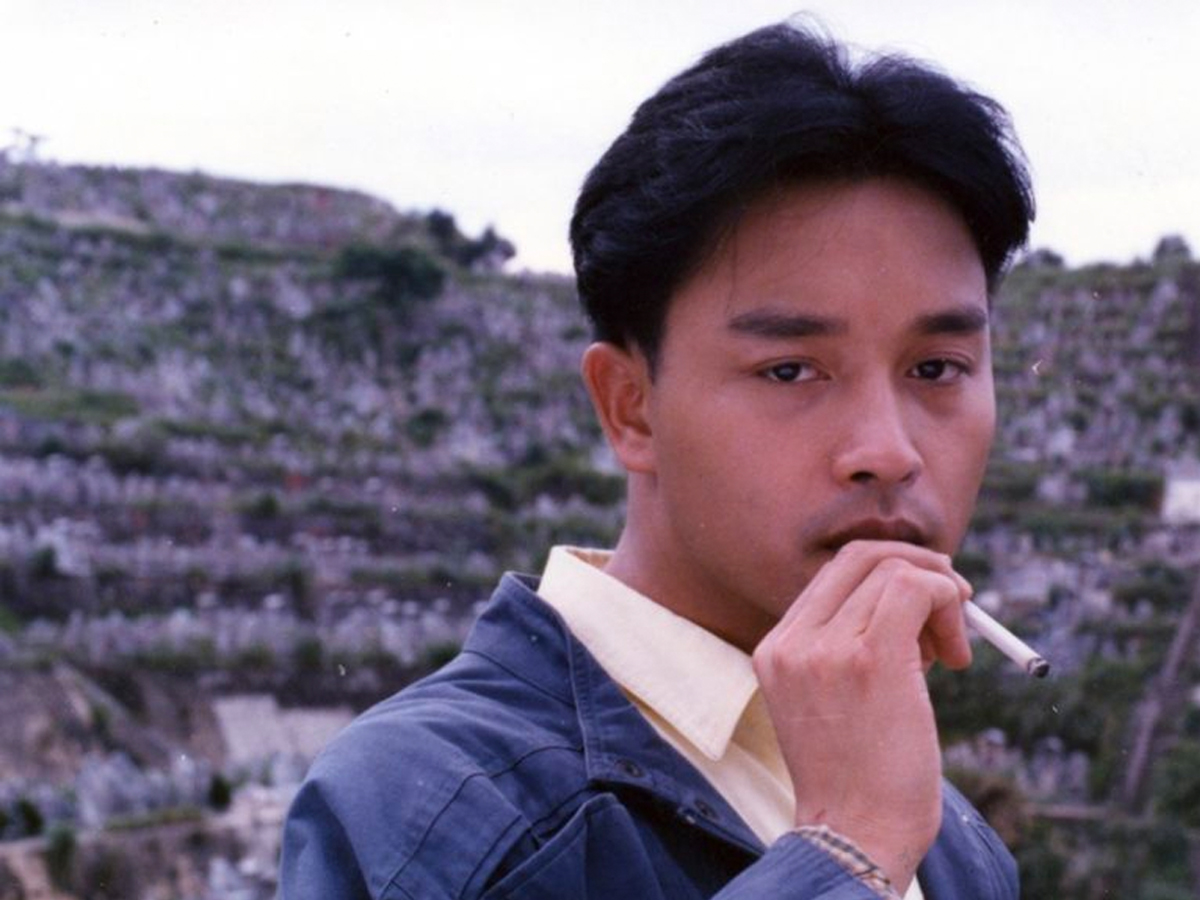 While Japan and Taiwan were immersed in Cheung’s multi-faceted charm, Korea was blown away by his performance in A Better Tomorrow dilogy (1986, 1987). The series had started a fanaticism for caper literature in Korea in the ’80s and is still seen as an action film classic today in Korean society. 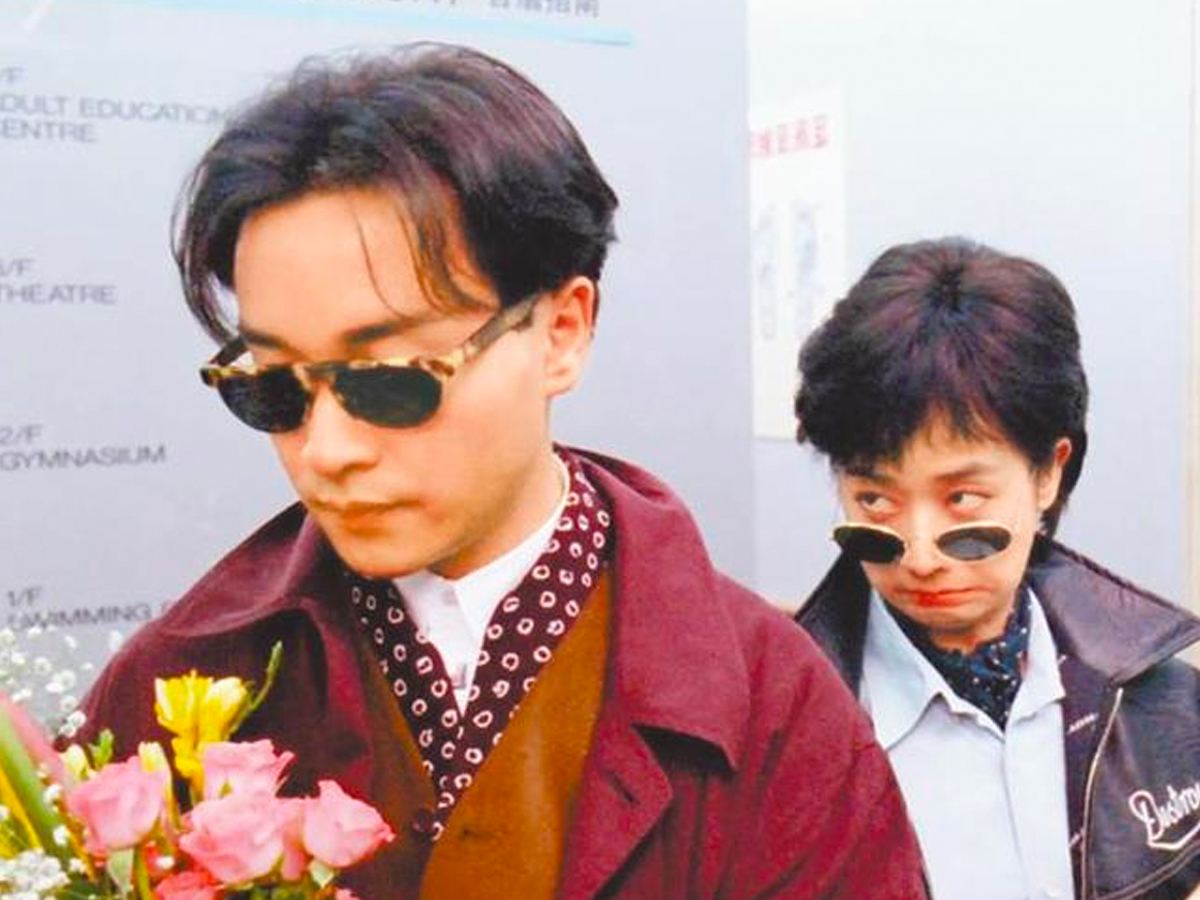 Besides major productions, the actor’s appearances in comedy movies also contributed to making “Leslie Cheung” a household name. Many would remember him as the witty-tongued Seung So in All’s Well, Ends Well (1992), a local’s Lunar New Year must-watch.

And Leslie Cheung definitely served looks. Innate to the show business, the artist’s concerts were never just about the music but an all-in-one performance orchestrated also by the best stage design and fashion. 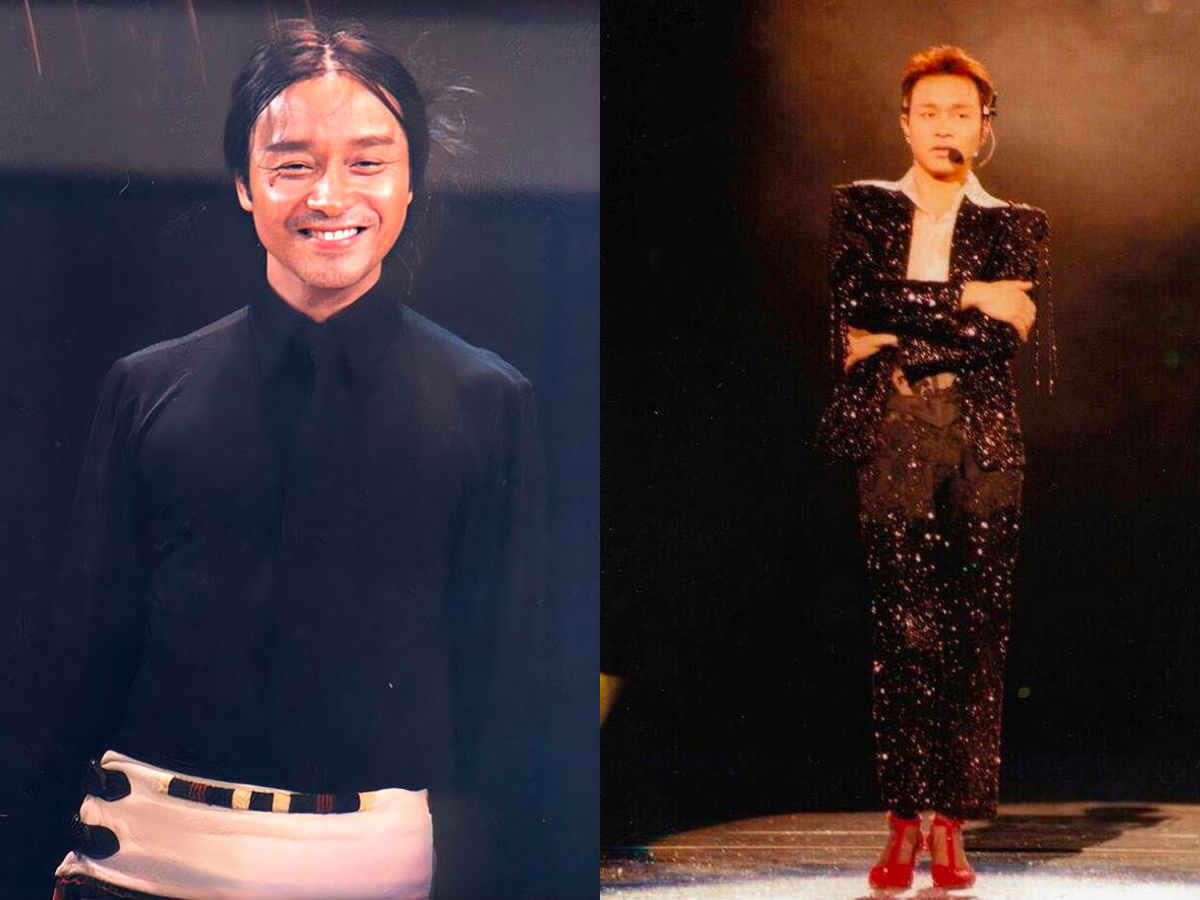 Out of the numerous successful concerts he held, the Leslie Cheung Passion Tour in 2000 is the one that left the fashion world in awe. Having Jean-Paul Gaultier as his costume designer, the style icon defied the norm and presented himself in red sequin heels, sheer tops and Egyptian skirt while slaying flying long hair. Regretfully, the media at the time found men in skirts hard to swallow and gave him entertainment headlines as “gay”. Hong Kong also knew Leslie Cheung as a philanthropist. A man with a good heart, Cheung was well-known for being a vocal supporter of the Children’s Cancer Fund, End Child Sexual Abuse Foundation and “Sun Love Fund”. Under his influence, fans of his had raised more than HK$800,000 in his 1997 concert in support of children suffering from cancer. What the city didn’t expect is new stories from beneficiaries that surface every few years. He is a man of treasure, and that is exactly why people nicknamed him Goh-goh (my big brother).

Marking Hong Kong’s most glamorous days, Leslie Cheung’s legacy lives on as an influence in the art world that constantly inspires artists even to this day with new and better music, films and most importantly, a good heart. Miss you loads.

From our Culture series.

The post Leslie Cheung — A Name That Never Gets Old appeared first on The Loop HK.

Leslie Cheung — A Name That Never Gets Old