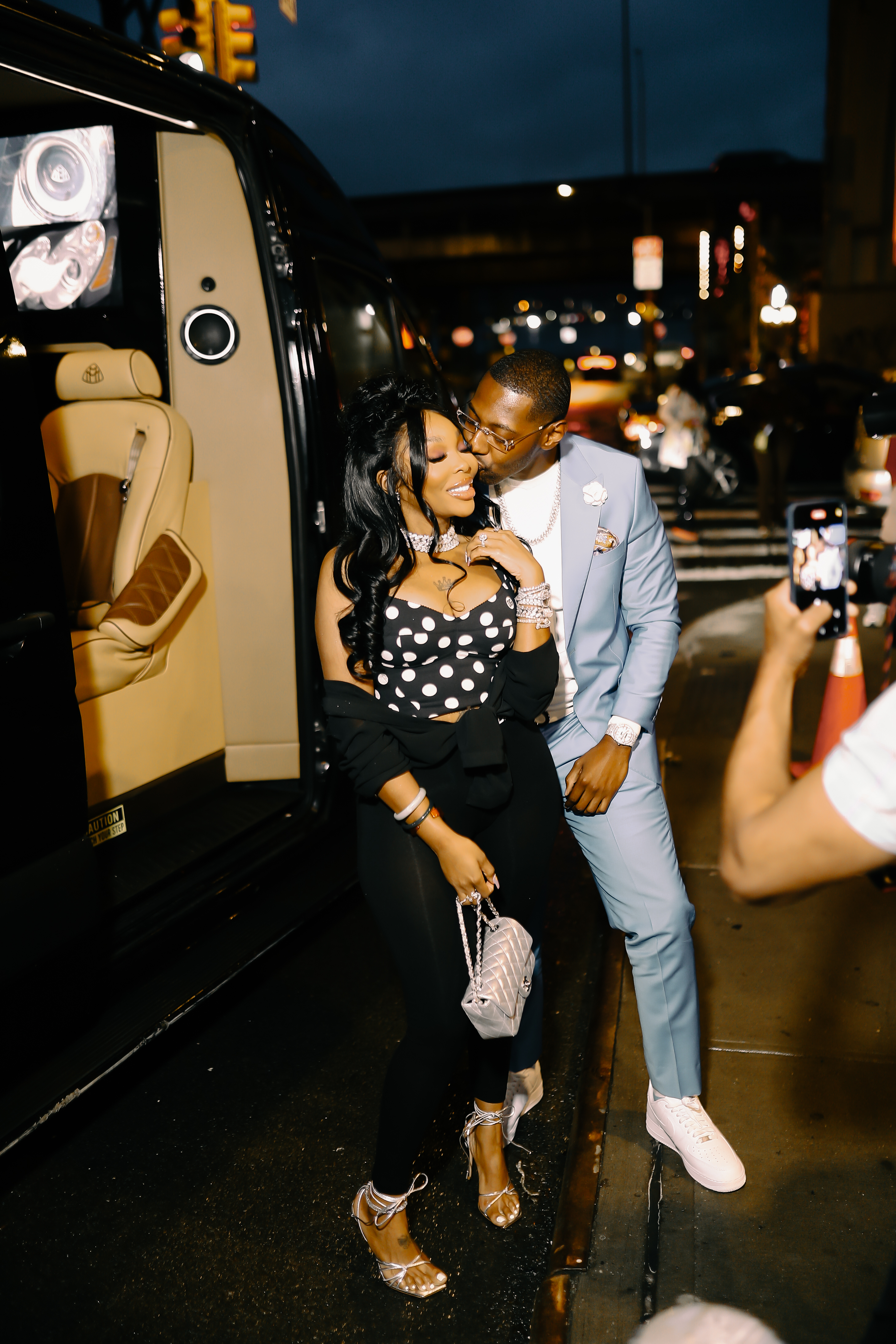 Romance is definitely in the air! 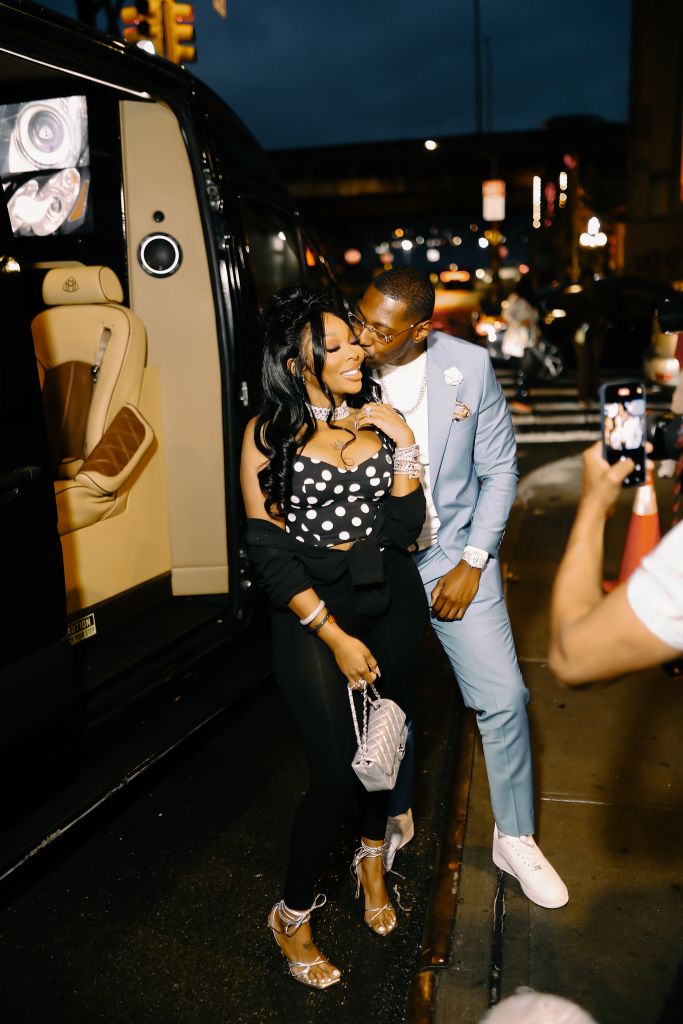 Over the weekend, on Saturday, May 14th, 2022, Love & Hip Hop Atlanta Stars, Sierra Gates and Eric Whitehead hosted an intimate engagement dinner in Harlem, New York at Panda Harlem. The soon-to-be newlyweds were joined by a host of family and friends along with fellow Love and Hip Hop Atlanta stars, Bambi and Lil Scrappy; along with hip hop artist, Tiffany Fox. 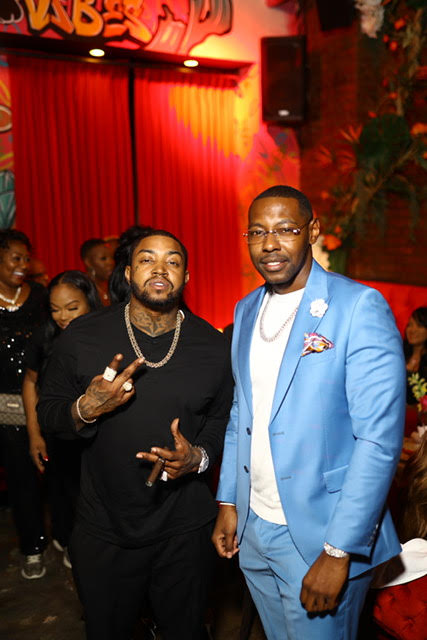 According to a rep for Sierra, the couple was upon their arrival at the restaurant with a red carpet and custom rose wall backdrop displaying ‘Destination Whitehead,’ a nod to the couple’s upcoming destination wedding in Cabo, Mexico. The pair and their guests spoke to several media outlets while walking the carpet before entering the restaurant. 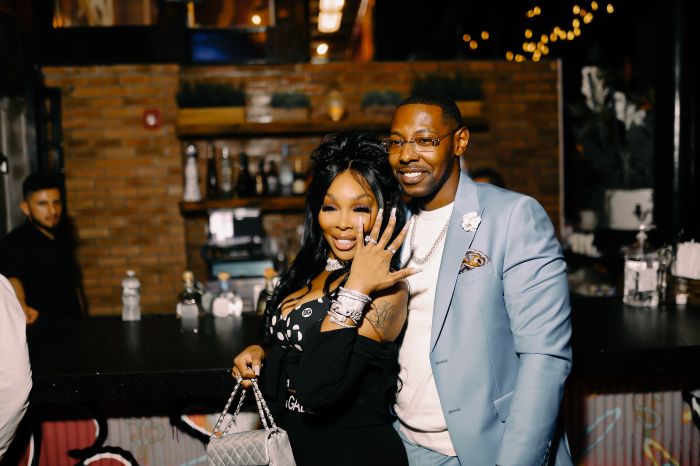 While the celebration was hosted in New York, Atlanta was definitely in the building as Crime Mob’s classic ‘Knuck if You Buck’ got the party going. With cigars and cake in the air, close family members delivered heart-felt speeches congratulating the couple on the success and future of their upcoming nuptials. To compliment her gorgeous 10-carat engagement ring designed by Essex Fine Jewelry from her fiancé, Sierra gifted Eric with a custom Cartier wedding band that night.

“I knew the day that I met Eric, and he placed me on my Bentley to take a picture; that he was the one, and I cannot wait to do life with him,” Sierra Gates said.

“Sierra is the woman I want to build with, and I am so excited for this next chapter in our lives,” declared Eric Whitehead, CEO of PTG365.

Ah love sweet love! We love to see it. This is such a beautiful love story isn’t it? Especially the Times Square billboard.

Eric proposed to Sierra back in December after roughly a year of dating.