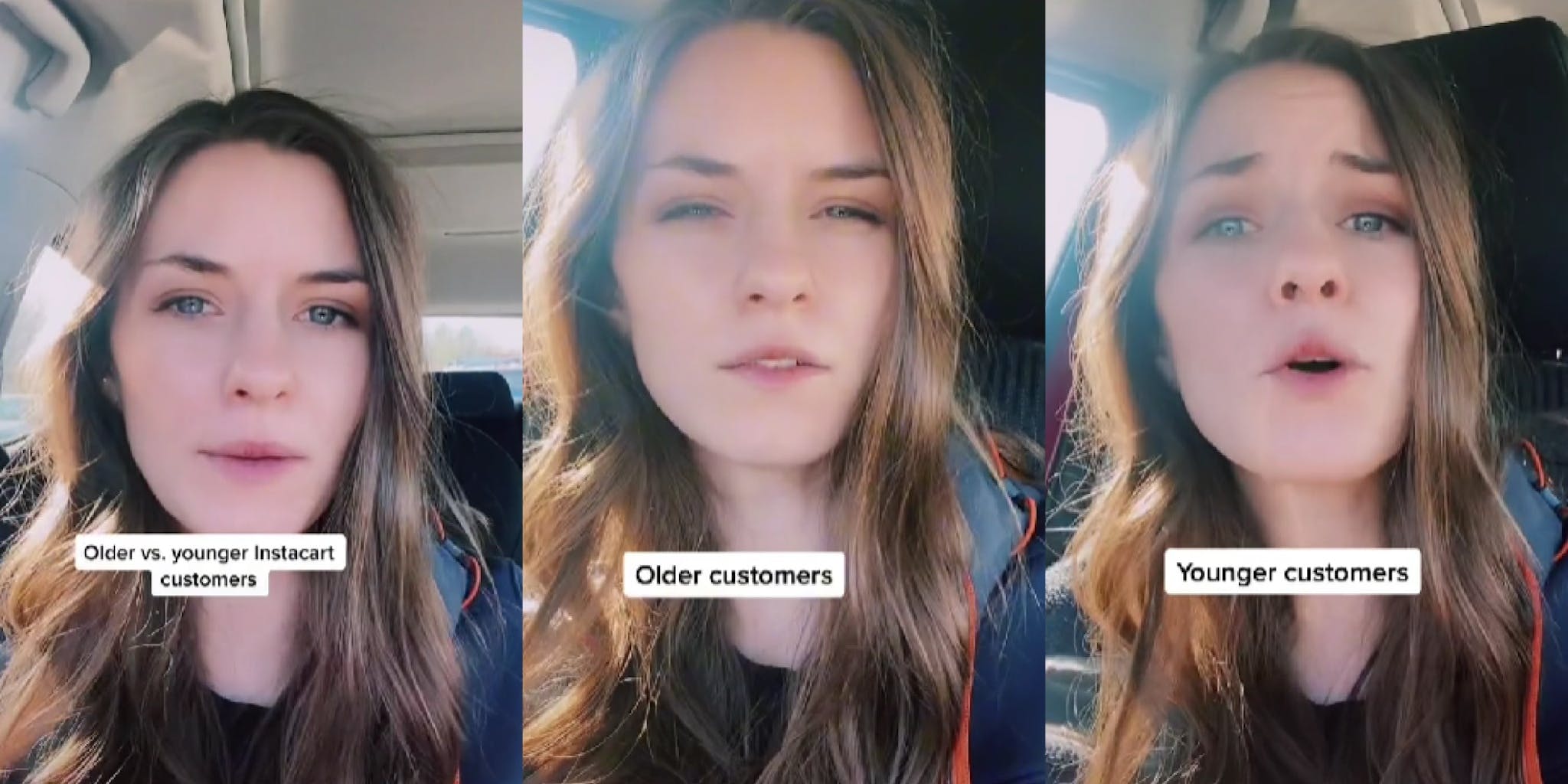 ‘Literally why are boomers so mean’: Viral TikTok highlights differences between ‘younger’ and ‘older’ Instacart customers 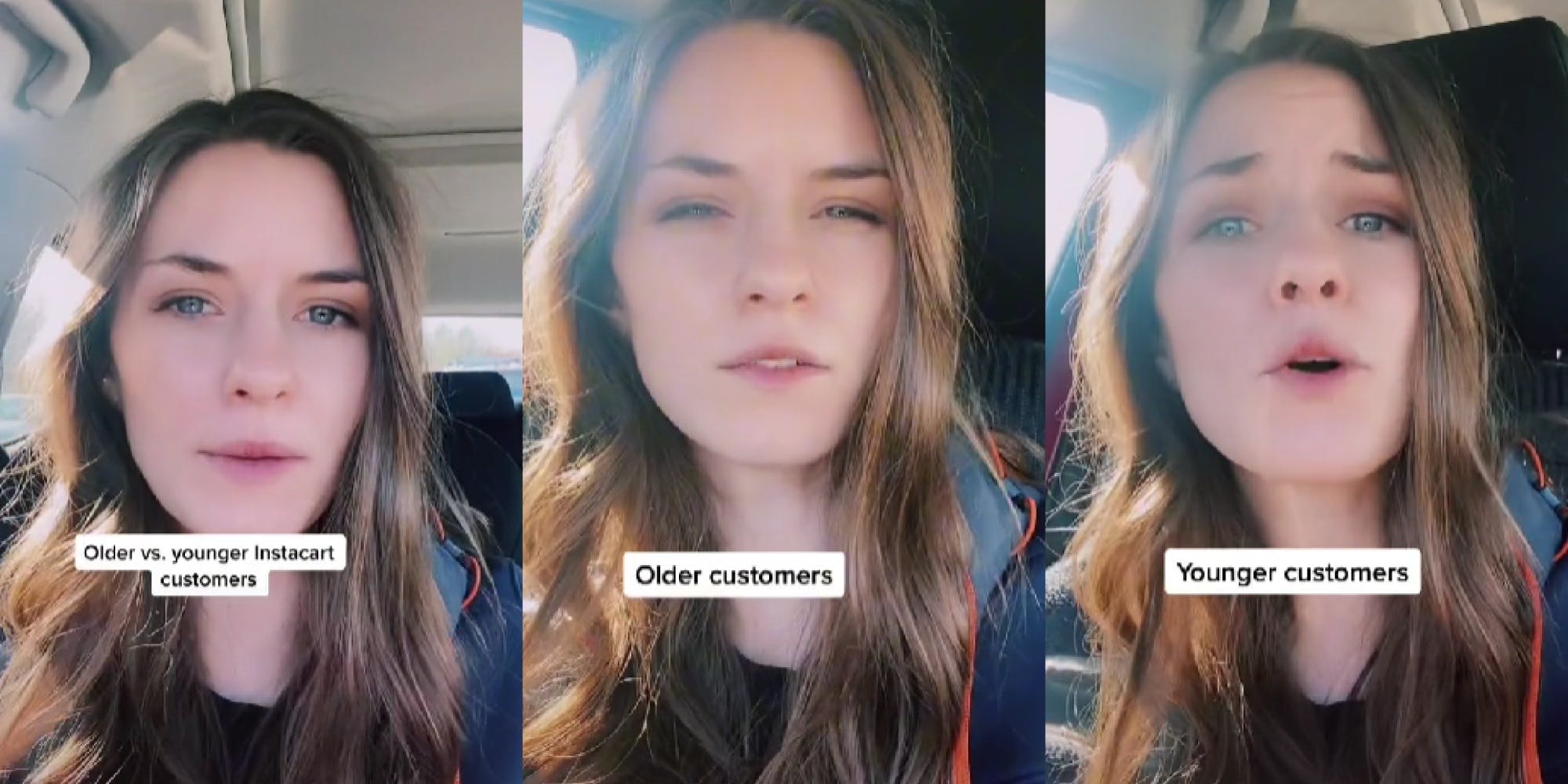 TikToker @hillaryywallace struck a nerve with a relatable takedown of rude boomer-generation customers, with a viral TikTok showing the difference between "younger" and "older" Instacart customers.

With more than 200,000 views and 34,000 likes in 24 hours, Wallace's TikTok is based on her experiences as an Instacart worker, and it clearly resonates with others in the service industry.

Posting from her car, she highlighted the generational divide between older and younger customers. Young people tend to be grateful and friendly to delivery drivers, while baby boomers or older customers are mean and entitled.

"Really sucks they didn't have that one thing that I wanted," she says coldly, doing an impression of a frowning older customer. "Did you actually look for it?"

Meanwhile her stereotypical Millennial or younger customer is someone tips well, smiles, and apologizes because their house is hard to find.

Judging by the comments, this was a common experience.

"I do Shipt and it's the same," wrote one commenter. "Older people never tip either. Younger people are like 'everything was subbed but you did great here's 20$ thank you.'"

"That's because we as younger people know how under appreciated staff in this industry are," reads a later response.

"Literally why are boomers so mean for no reason," reads another.

The classic generational stereotype is that old people see young people as selfish and entitled. But for Millennials and Gen-Z, the reverse seems to be true. There are rude customers in every demographic, but among people who work in the service industry right now, boomer customers have the worst reputation.

Replying to a comment from the Daily Dot, @hillaryywallace wrote, "I think it was a different world for boomers when they were young, and the biggest issue is that they don't listen."

Earlier this year another similar TikTok went viral that highlighted the differences in how younger and older generations leave their tables at restaurants.

The post ‘Literally why are boomers so mean’: Viral TikTok highlights differences between ‘younger’ and ‘older’ Instacart customers appeared first on The Daily Dot.

‘Literally why are boomers so mean’: Viral TikTok highlights differences between ‘younger’ and ‘older’ Instacart customers