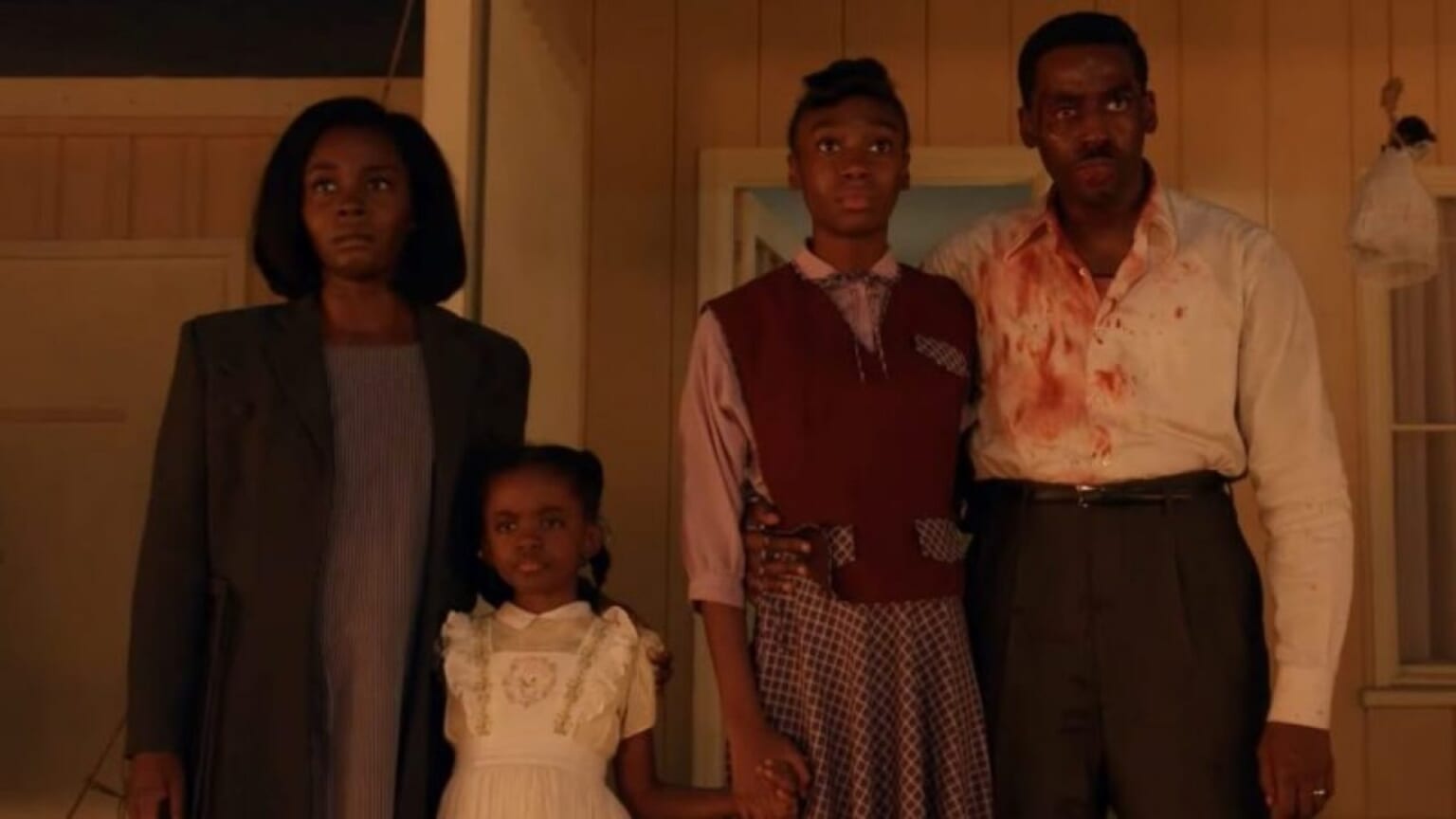 Little Marvin gets real about ‘Them’ on Acting Up: ‘It was not about exploring Black trauma’

The show’s creator says his horror anthology is about “the terror of white supremacy in this country.”

Last week, Amazon Prime debuted THEM, a horror anthology series created by Little Marvin and executive produced by Lena Waithe that features an all-star cast and a lot of trauma.

There’s a lot to unpack from the project, which attempts to blend traditional horror elements like jump scares and monsters in the basement with the real-life terrors of being Black in America. It explores the mental impact of surviving while Black and highlights the very real implications of redlining and the experience of inhabiting a place when you’re not welcome there.

Deborah Ayorinde, Ashley Thomas, Allison Pill, and Anika Noni Rose star in the series that has some folks singing its praises while others are up in arms over the magnitude of brutality inflicted on the show’s Black characters.

theGrio‘s Entertainment Director Cortney Wills sat down with the show’s creator, Little Marvin, for the latest episode of Acting Up to find out why he took the approach he did, what kind of story he wanted to tell and why the trauma depicted was necessary.

Read More: Deborah Ayorinde on that traumatizing scene in ‘Them’: ‘I laid it all on the table’

According to Little Marvin, the gruesome acts of violence we see in the series were intentionally awful because that’s the truth about the era it was exploring.

“I think it’s time we called the Jim Crow South what it has always been: It was a domestic terror regime,” he says. “That’s what it was, plain and simple. We’re talking about a place where lynching was a pastime, a lynching was a sport and a spectacle. This is the history of the country. I don’t think it’s our business as artists to whitewash that history. I think it’s our business as artists, personally speaking, is to bear witness. It’s my job to bear witness.”

Some viewers, myself included, assumed that Little Marvin must not have taken the magnitude of the trauma into account when he chose to show an infant getting murdered while his mother watched helplessly as she was held down and raped, but that’s not the case. In fact, he grappled with many of the same emotions while writing the piece that viewers experience while viewing it.

“You make a decision to honor that past, and then you have to honor it truthfully,” he says. “And I think that particularly Episode Five, I think about history as a house. Right. And I think that, like, I could have told the same story as a documentary about redlining. I could have found one family and made a biopic. I could have made, you know, a story about Jim Crow. That, to me, is about just going through the front door of history. And I wasn’t particularly interested in that. I wanted to creep around to the back of the house, bust open a basement window and let myself into the basement level of history, where the darkest, most frightening things live. And if I gave you that crime in a way that you’ve seen it before, if this was a slave narrative, if it was a piece of police brutality, it allows your brain, I think, to put it in a safe space. Oh, I’ve seen that before. I know what that is. Yeah. You’ve never seen this before. And so, in a way, what I think it does is it brings the viewer a bit closer to the treachery and to the true sickness at the heart of the Jim Crow experiment.”

During the lengthy convo, Little Marvin also weighed in on criticism about the show’s timing. The Derek Chauvin trial is in full swing, and lots of people — myself included — feel all sticked up when it comes to seeing brutality against Black folks.

“The timing is right. It might not feel right, but the timing is always right. I feel like the show is right on time. I don’t feel out of step with the show coming out now at all,” he says. “There’s not a bit of me that’s like, ‘Oh, I wish we came out two months from now.’  I don’t. I don’t think it would be any easier for people two months from now if we’re being honest. And if we think a year from now this isn’t going to still be relevant or hard, I think we’re fooling ourselves.”

Them is streaming now on Amazon Prime.

Check out this week’s episode of theGrio’s newest podcast, Acting Up, for the full conversation.

The post Little Marvin gets real about ‘Them’ on Acting Up: ‘It was not about exploring Black trauma’ appeared first on TheGrio.

Little Marvin gets real about ‘Them’ on Acting Up: ‘It was not about exploring Black trauma’