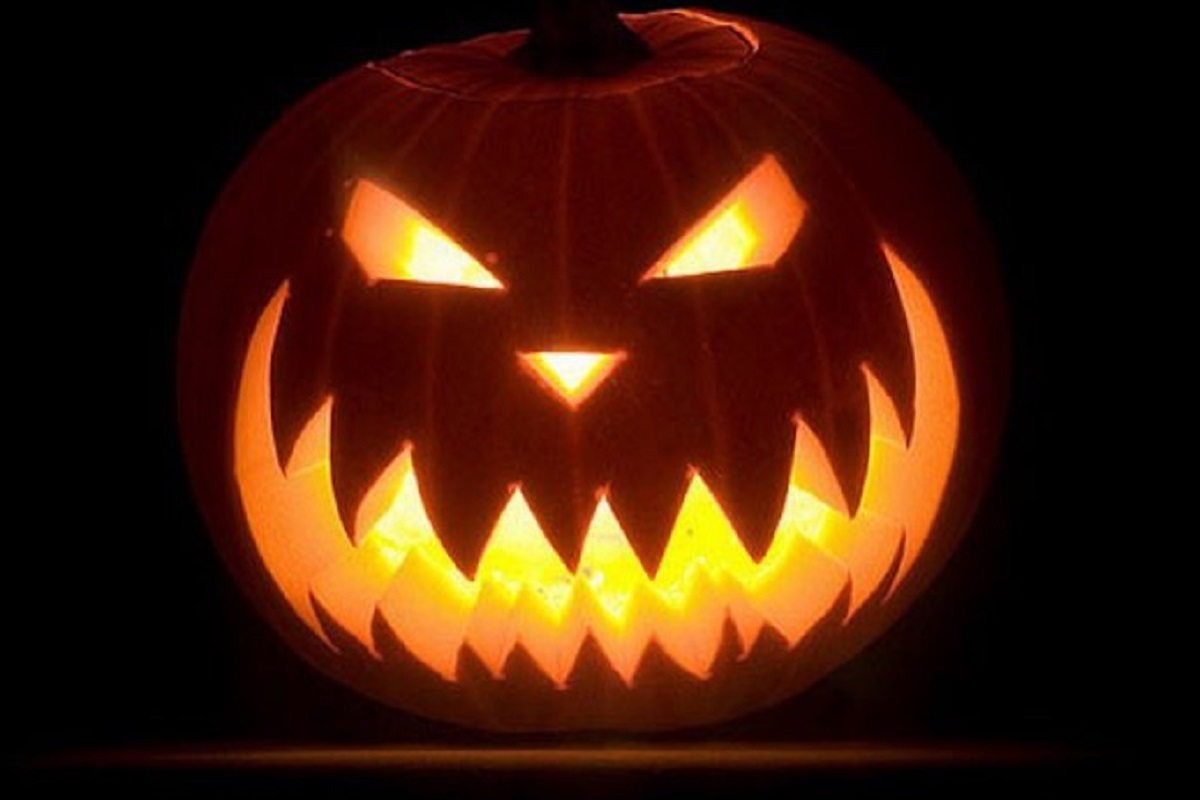 Liverpool Halloween 2019 Guide: the spookiest and scariest events around

Halloween is here again, and the ghouls of Liverpool will be out in force, Getintothis’ Simon Kirk and Steven Doherty gives us all the gory goings-on.

So here we are. Halloween. Not only did this writer draw the short straw with last year’s Christmas guide, the cup double was confirmed with Halloween, too.

Yes, suffice to say, landmark occasions from this perspective are usually ignored (including the front door on Halloween night). Oh well, honesty is the best policy.

If Halloween is your thing, however, then there’s plenty on offer around the city. Scare-mazes, floating cinemas, raves and quizzes. Like everything else, our fine city has you more than covered.

The Disco Inferno Festival in the Baltic Triangle looks to be the big one, but if you want to celebrate Halloween on the night, then there’s a vast array of activities to sink your fangs into (sorry, it needed saying).

So, enough of my morose ramblings and awful puns. Below is the pick of the action for this year’s Halloween festivities. Read on if you dare… 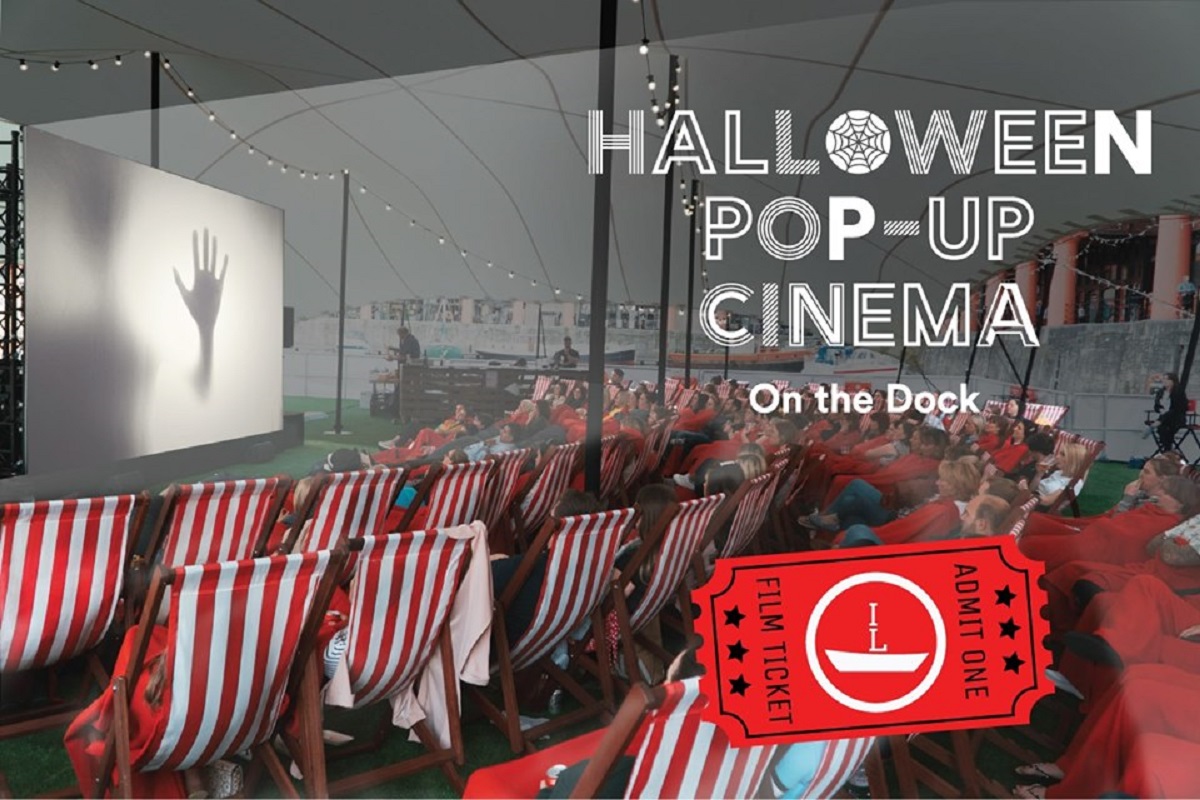 The floating cinema returns to the iconic Albert Dock this October with a spooky twist!

Enjoy your favourite Halloween movies including family favourites Hocus Pocus, Casper, Adams Family and Beetlejuice. If something a little spookier is what you are after then we have you covered with our adult only evening screenings including Rocky Horror Picture Show, Scream, Psycho and Nightmare on Elm Street. 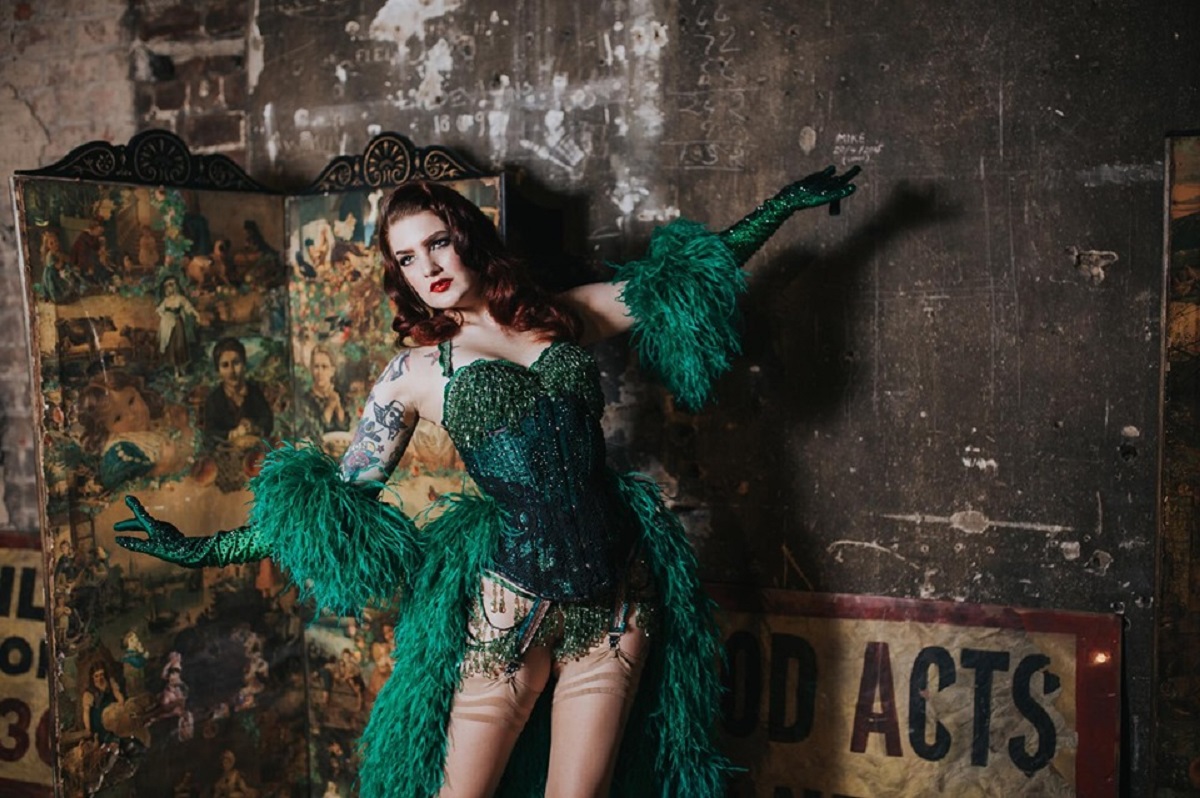 Give your Halloween a saucy twist with this gorgeous Vaudeville inspired cabaret night. Join Millie Dollar for a night of spooky showmanship and stunning acts that dissect the worlds of burlesque, comedy, circus and stunts.

The Asylum Tour: Camp and Furnace, October 24 to November 3 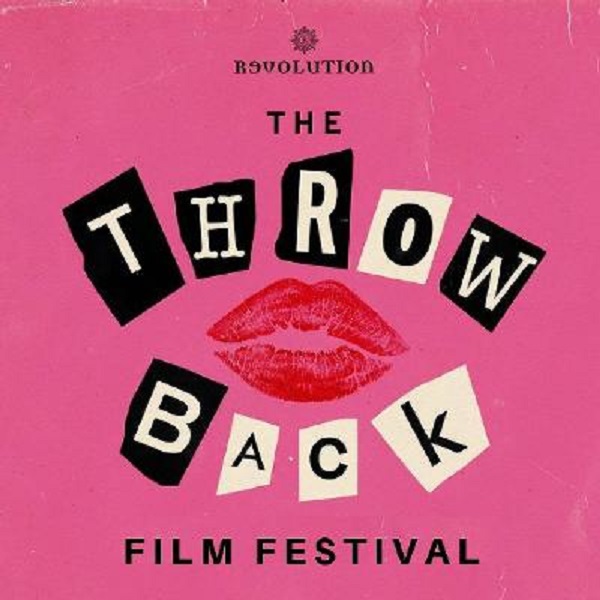 Take a trip down to St Peter’s Square where they’ll be screening classic rom-zom-com Shaun of the Dead as part of their Throwback Film Festival. One to watch over a few pints on a Sunday evening. 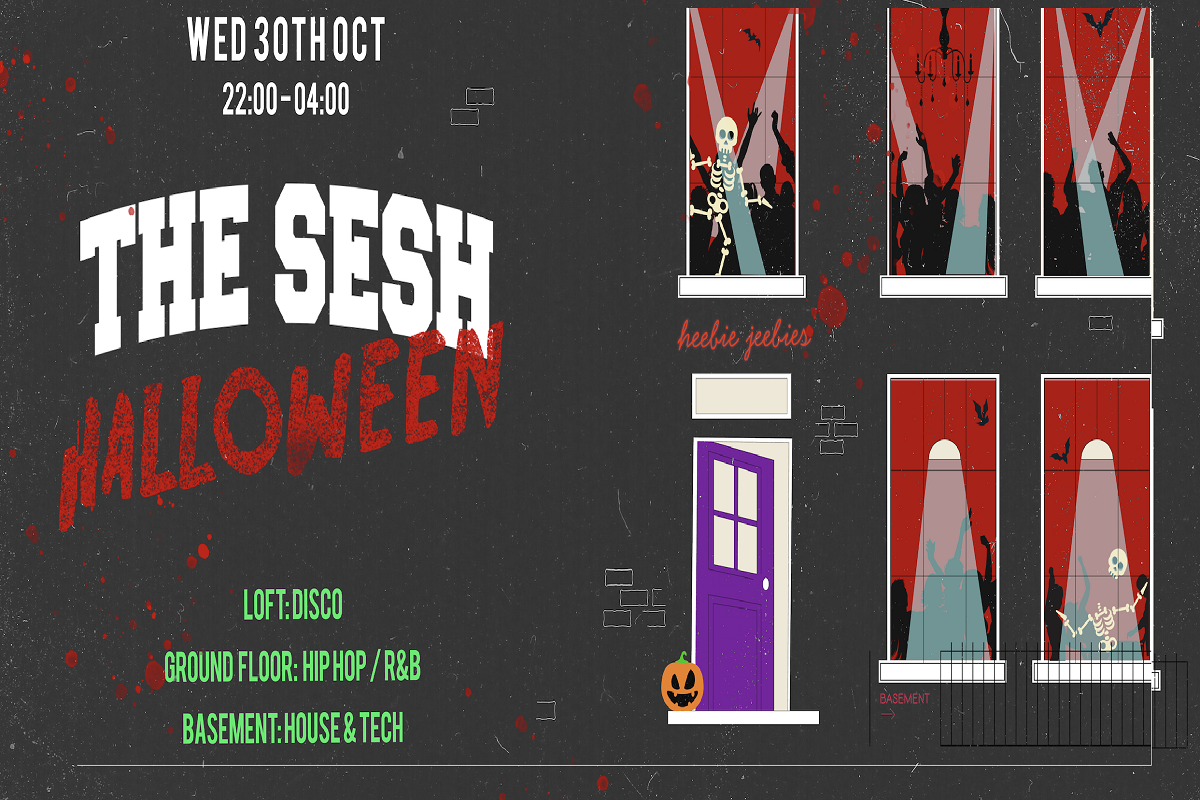 The Sesh returns to Heebie Jeebies for their very own Halloween House Party. Hip hop, R&B, disco and tech house are on offer as well as face painters, props and inflatables. 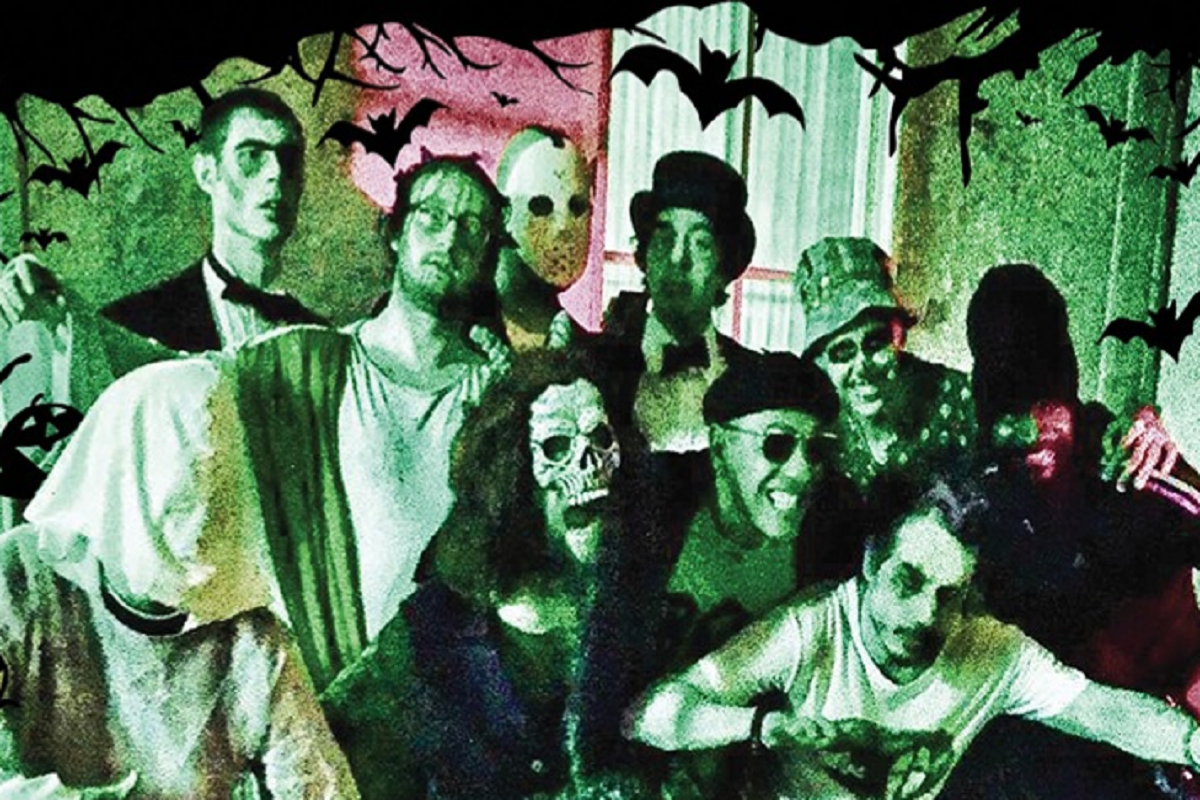 Bringing old school ska, good vibes and all your favourite tunes to the Philharmonic, Baked A La Ska is going all out this Halloween. Expect themed tunes from Black Magic Woman to Ghost Busters and much more. 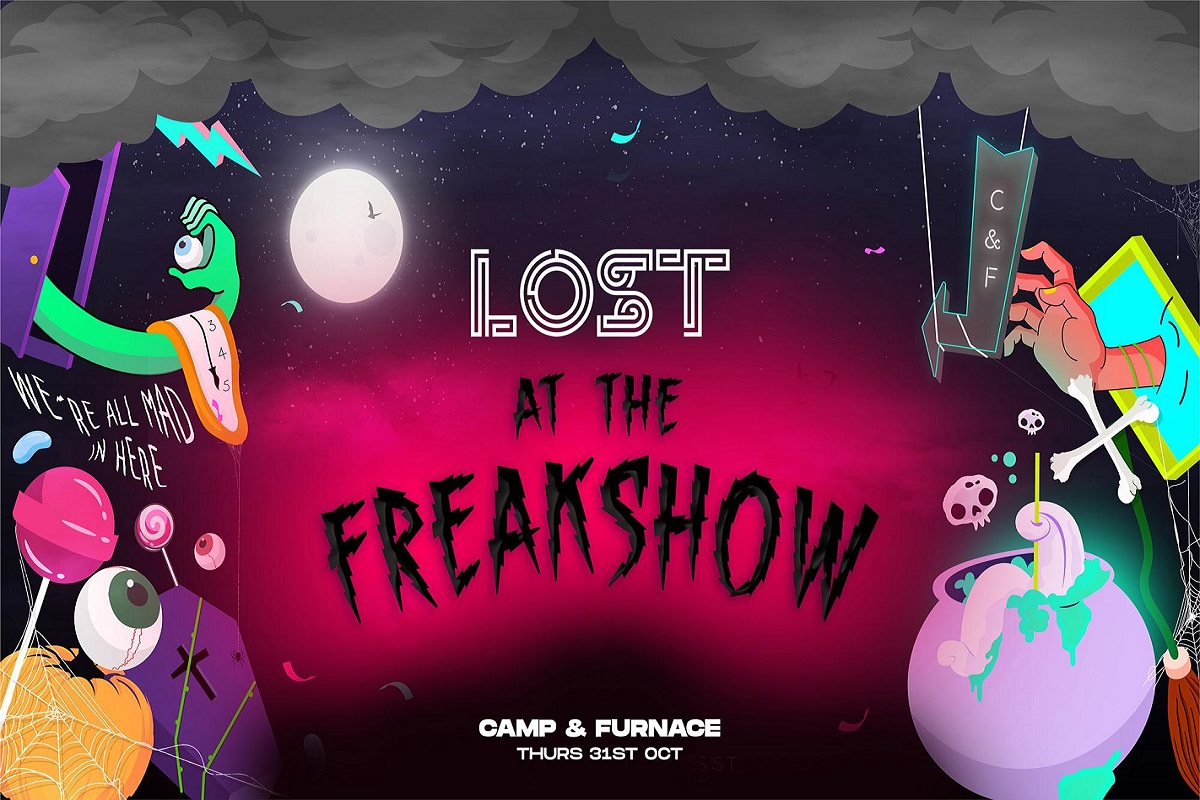 Lost at the Freakshow

The Camp and Furnace has its very own freakshow. On the night you can expect a full venue transformation, music from house/tech artists, Dan Fresco and Liam Ross, interactive and immersive theatre, circus performers and face painters, props and inflatables. 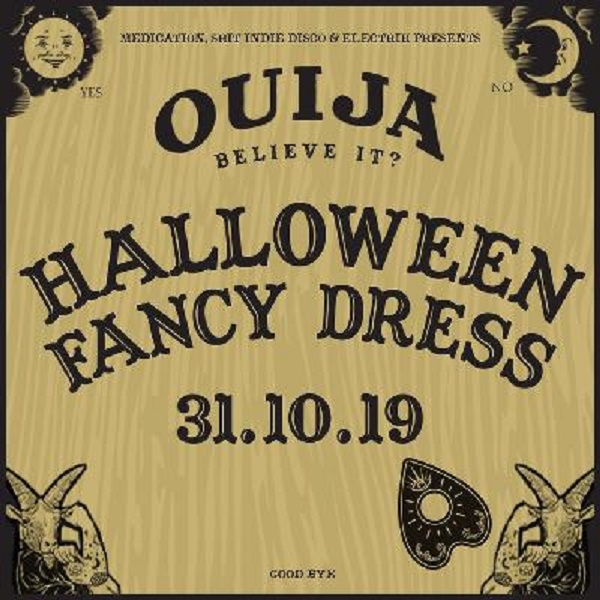 The most infamous Fright Night Fancy Dress Party in the city with three rooms of music including all the Halloween Hits. Room 1 is Shit Indie Haunted Disco. Room 2 is the Medication Madhouse with chart and pop and Room 3 is the The Electrik Chair featuring all your rock, pop punk and metal. 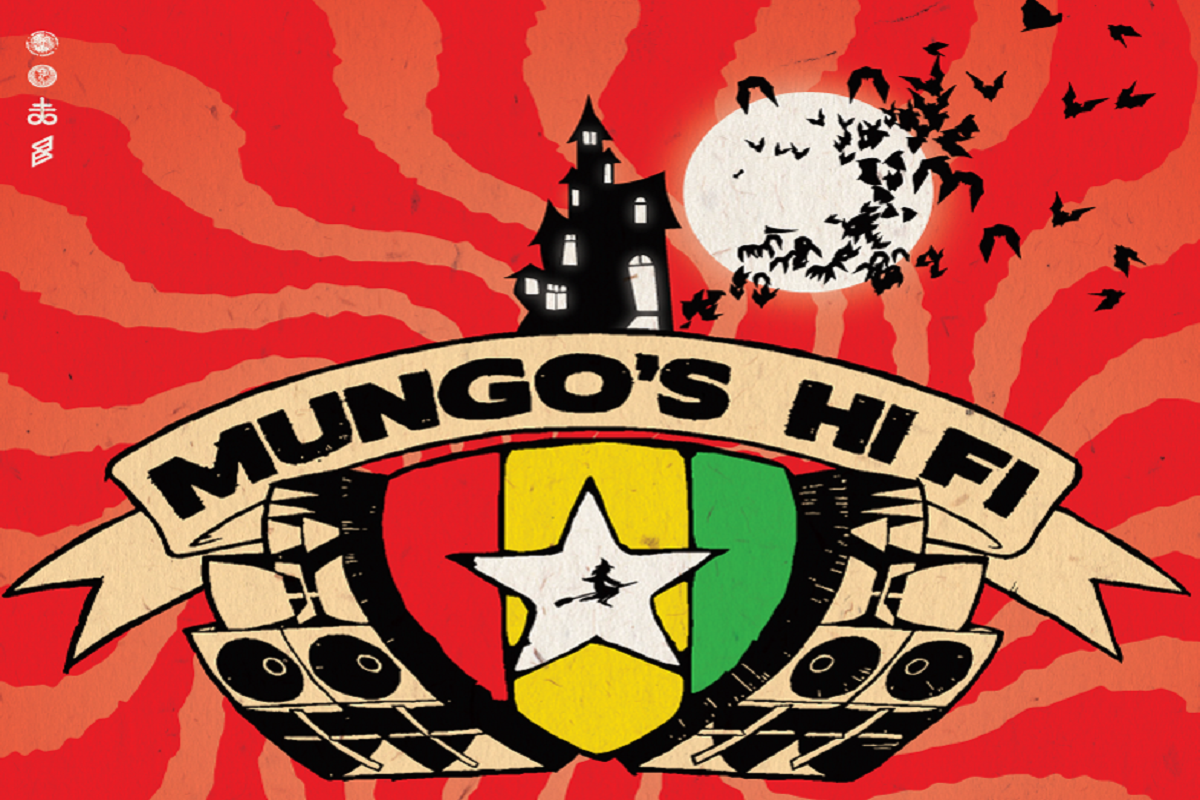 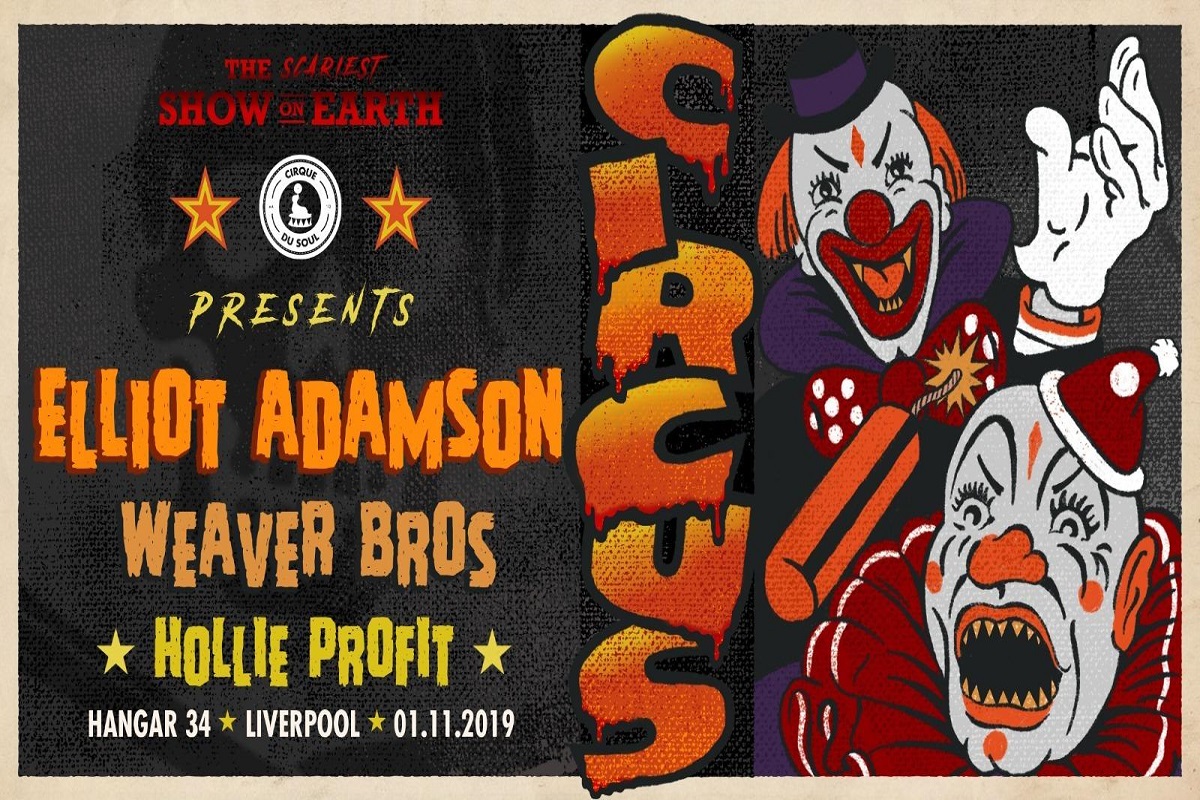 A night of magic dance will be transformed into a twisted circus of misfits & freaks. Join the haunted mansion for a night of house and disco. Line-up includes Newcastle’s Elliot Adamson with support from residents, the Weaver Bros and Hollie Profit.

Pennywises’ Twisted Circus will be dropping the Halloween remixes and shooters. Expect a night of disco, funky house and hip hop. And a lot of clowns, too! 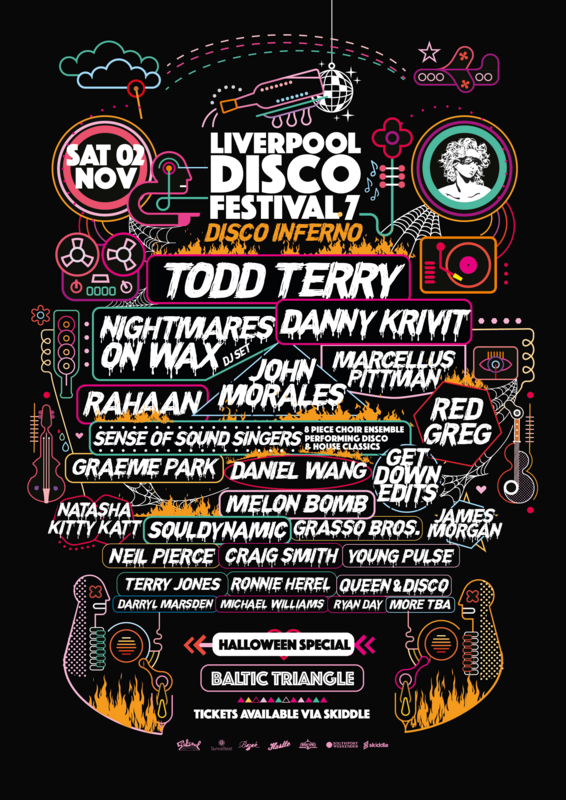 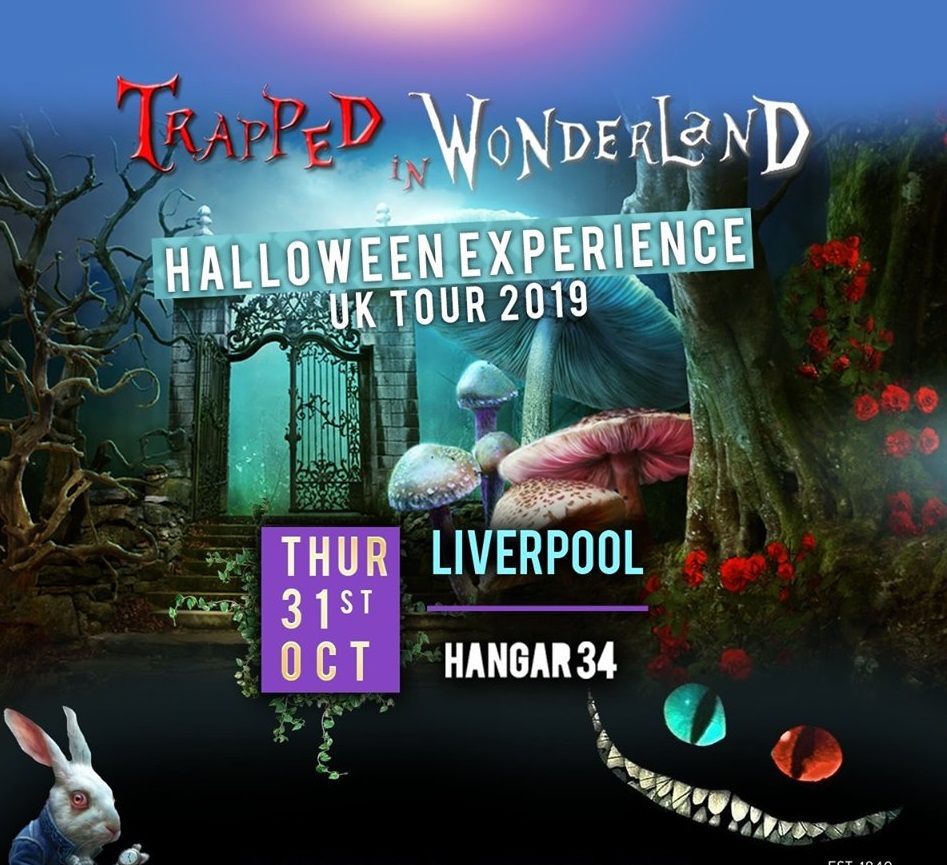 Trapped In Wonderland returns with a brand new adventure. Jump down the rabbit hole and wander through a haunted fairytale. Alice has been locked away forever and ever and has inevitably gone rather mad. The cats and bunnies are deranged, the tea party is covered in blood and now Evil Alice is throwing an epic party. 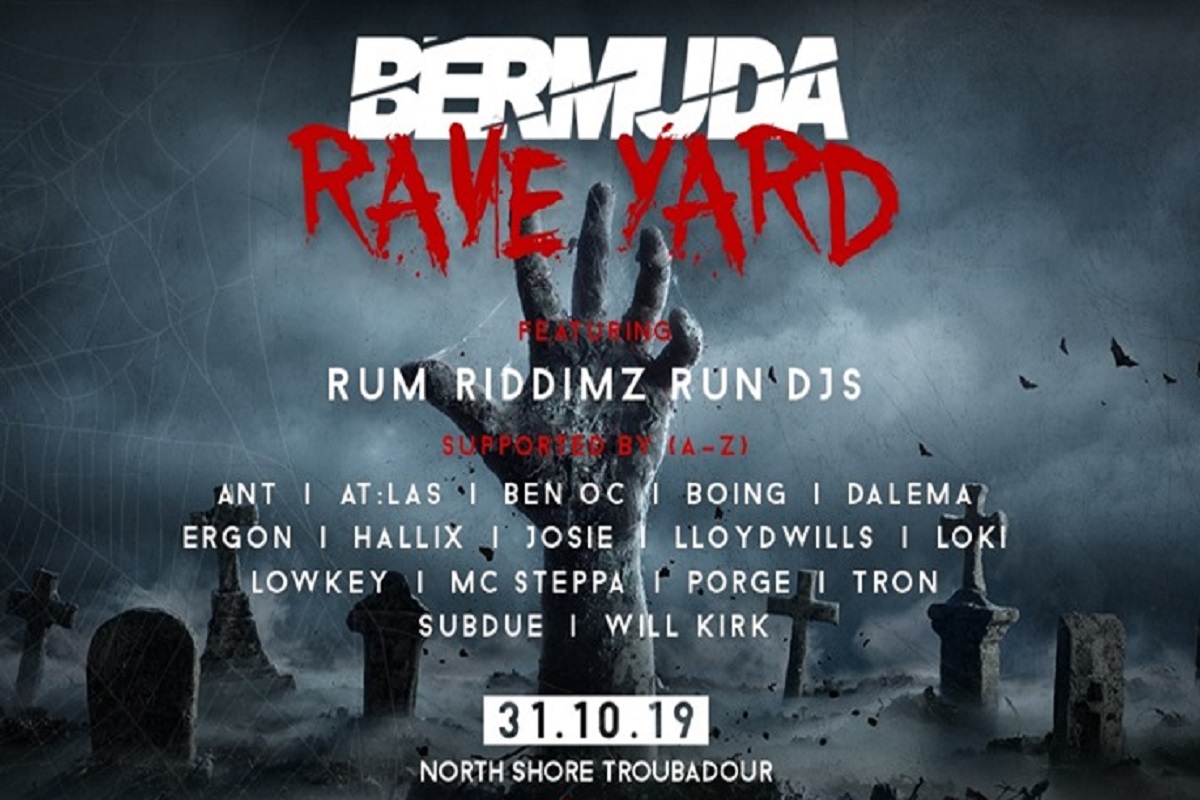 Rave Yard will fuse the most otherworldly bass sonics alongside Bermuda’s signature dead-rising lighting rig – enter if you dare on this night of drum n bass, reggae and UK garage.

With a unique style that takes in homegrown house and bass via experimentalist downtempo and electronica, hit up 24 Kitchen Street to see Leon Vynehal. 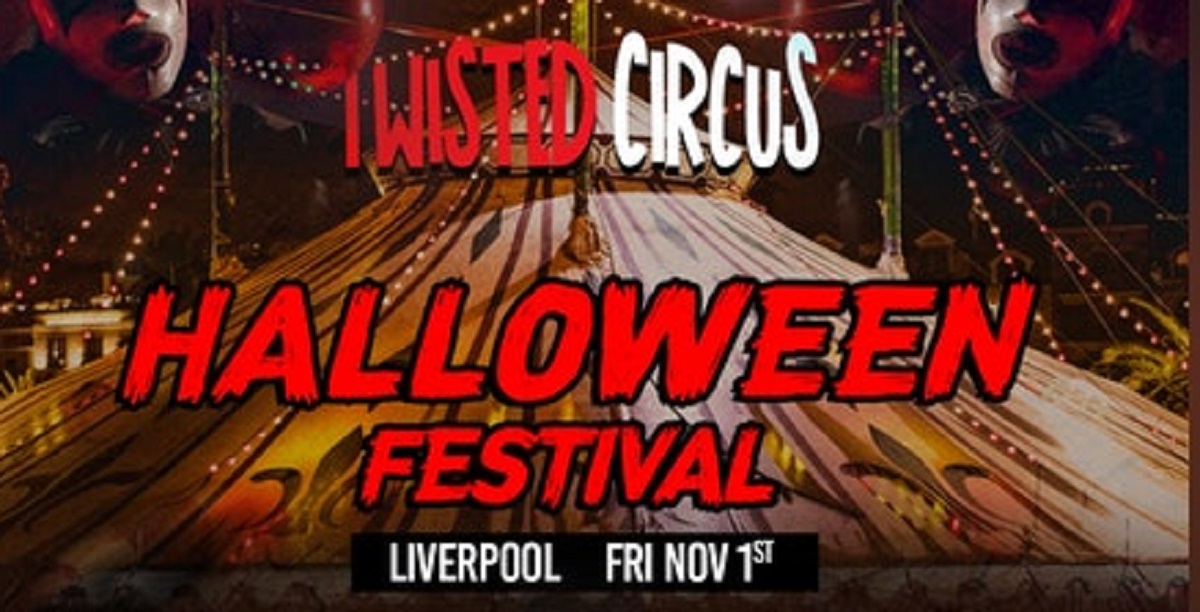 Circo is bringing you a blood-curdling bash this Halloween, as the Seel Street party is filled with death-defying acts, barmy characters and a heart-pumping soundtrack. Get involved!

RAW returns to the Sefton Park Palm House for a Halloween special like no other. Situated deep in the forests of Sefton Park, expect a night of house, acid house, disco and techno. 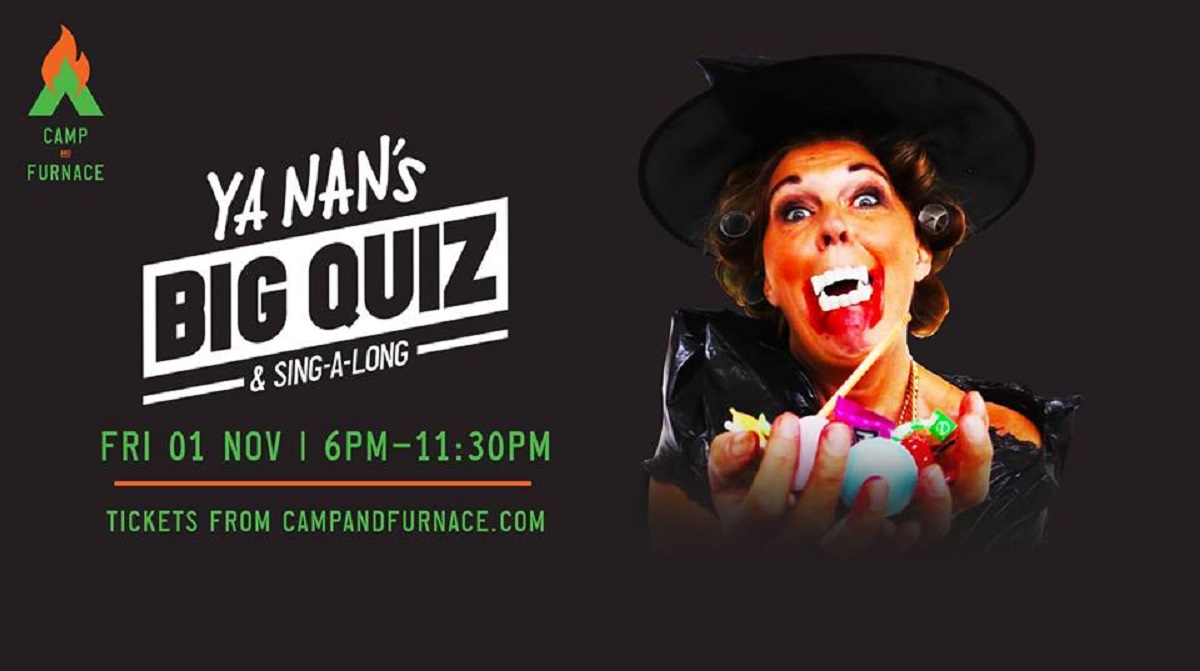 Ya Nan‘s back, this time with her Spooky Quiz. Grab a creepy costume and join Ya Nan and the Shit Indie Disco boys for a haunted Halloween house party. Games, prizes, cash karaoke, sing-a-longs, raffles & quizzing aplenty here.

The post Liverpool Halloween 2019 Guide: the spookiest and scariest events around appeared first on Getintothis.

Liverpool Halloween 2019 Guide: the spookiest and scariest events around