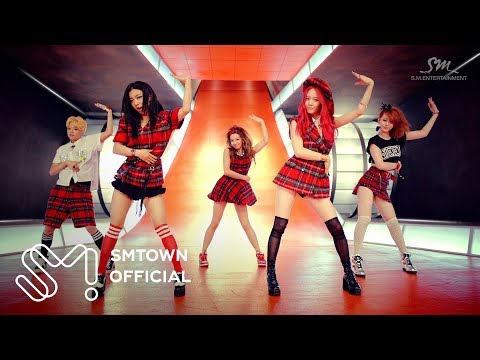 Looking Back: The Top Three K-Pop Songs of July 2013

Since the start of The Bias List in January 2016, I’ve always looked back at my three favorite title tracks by K-pop artists each month. Now, it’s time to look even further into the past, one month at a time. And, yes, the top three rankings count toward The Bias List’s personal artist scorecard!

For me, July has a reputation for being a stuffed month in K-pop. And, much of that has to do with the legacy of summers 2013-15, which offered an incredible stream of classics. July of 2013 is almost impossibly strong, with too many incredible tracks to fit in a simple top three. That means that some of my honorable mentions are also some of my favorite K-pop songs of all-time, which is a pretty striking distinction. 2013 was no slouch!

Because there were so many good songs this month, my top three constantly changes. Tracks like Kang Seungyoon’s Wild & Young and VIXX’s G.R.8.U have appeared in higher positions on other lists I’ve created in the past, but for this feature I’m basing my ultimate opinion on the “Top 100 of All-Time” countdown I published this summer. However, opinions can certainly be fluid. So many songs here (Ailee’s U&I, Apink’s NoNoNo, MYNAME’s Baby I’m Sorry) are utter classics – the likes of which I’d kill to hear in 2020.

July brought us the debuts of Bestie and sub-unit AOA Black, as well as the second volley in BTS’s debut album. Elsewhere, we saw the long-awaited return of Brown Eyed Girls (with a killer song) and the reinvention of newly-independent F-ve Dolls. K-pop legend Jewelry continued their resurgence, while SHINee added to their incredible 2013 discography with a great OST. Beyond that, there are so many treasures to find in this exhaustive honorable mentions list.

BTS – We Are Bulletproof Pt.2 (video)

Looking Back: The Top Three K-Pop Songs of July 2013