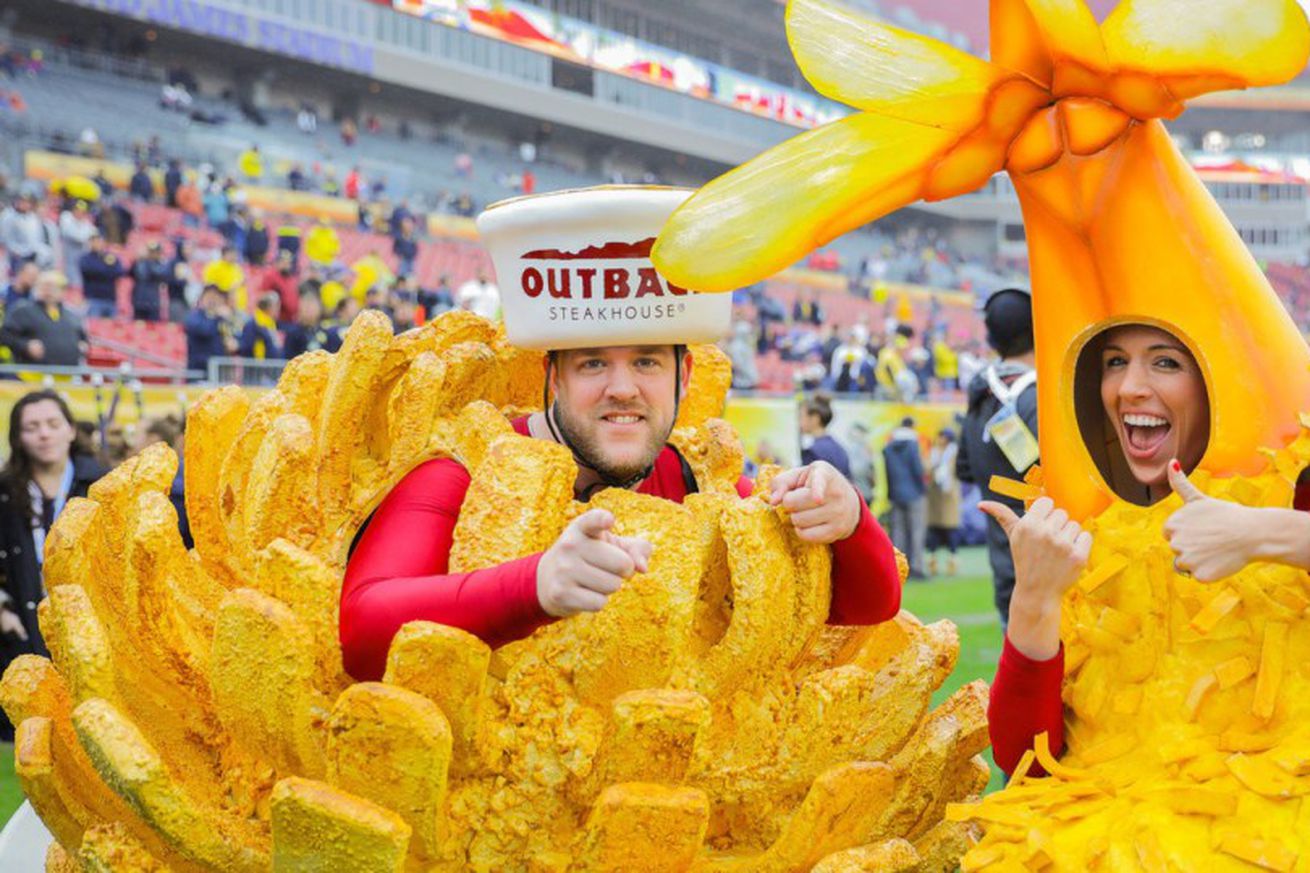 There’s an Outback Bowl afoot today at noon Central time, and it pits our Auburn Tigers against Minnesota. Minnesota, a team that we’ve never played, and which hasn’t had a season like this one in quite some time. Did you know that the Golden Gophers have a Heisman Trophy winner? 1941 - Bruce Smith. That name could be made up for all we know. What did he do to win? Back then you just had to be sort of a legend since they didn’t have Twitter stanning for different candidates. He’s a tall tale. Minnesota has a lot of those, and we don’t have to thank them for their contributions to Americana.

You know that Minnesota is the reason we have this today, don’t you?

Williamsburg hipsters stole their look from Paul Bunyan, who you may remember from elementary school as being a big lumberjack with an axe and a big blue ox.

Not nearly as good as Big Blue Bagel (or even Big Blue Bookstore RIP in peace).

They say that Paul Bunyan created the 10,000 lakes of Minnesota by stomping around with his ox. Sounds like a terrible pet owner. Control your animal, sir. He also created the Grand Canyon by dragging his axe behind him apparently? Have you ever gone on vacation and completely altered an ecosystem and landscape? Neither have I. Sounds incredibly irresponsible. Minnesota does not deserve our respect.

They’re not going to get it today on the field in Tampa.

Auburn has a motivated team, a chance to reach ten wins for the second time in three years, and a new, more cohesive coaching staff that should pay dividends when both teams take the field. Gus Malzahn gets to bro down for the first time ever on the sideline as Chad Morris steps in as offensive coordinator. No, Morris won’t be calling plays, but he’s had input into the offensive plan for today’s game. He may well yet be the play caller in 2020 moving forward, but Gus still has the reins for one more outing. He seems to have something that he doesn’t want to get out:

Gus Malzahn is deadly serious about not wanting reporters to see more than their allotted 20 minutes of Auburn practice. Had a table leaned a table up against the gate and towels hung over the top, just so we couldn't even catch a glimpse. pic.twitter.com/wo8JcaW2ut

Could it be that Minnesota was accused of spying on Georgia Tech last year? Possibly, but it could be more likely that we’ve added some wrinkles (DERRICK BROWN AT WILDCAT?) into the game plan.

Oh, and we’re doing something a little different today as well.

“Uniform reveal”... we only have two! Blue and white! Home and away! It’s no secret!

Except for today, they’re going to honor one of Auburn’s all-time greats with Pat Sullivan tribute helmets. Everything else stays the same, but the helmets all bear the number “7” on one side. Pat died recently after a long battle with cancer, but he was obviously a cornerstone of Auburn football history, winning the school’s first Heisman and helping Shug even things out with the machine that was Alabama in the 1960s and early 70s.

That’s to say, this should be a fired up team taking the field.

Derrick Brown will play, unlike a slew of players for teams like Georgia, who clearly don’t care about the university they’re attending. For Brown, attending Auburn wasn’t a means to an end, it was a huge and meaningful chunk of life. He got a degree, became a father, and will be a top ten pick in the upcoming NFL Draft. Marlon Davidson will join in on the line to destroy a Gopher front that hasn’t seen anything like what they’ll face all year.

As for the offense, I’m not really sure if there will be any big differences from what we saw grow during the regular season. Auburn certainly picked up the effort by scoring 34 points on offense against Alabama, and we saw Bo Nix grow up before our eyes. He’s spent a full year on the Plains now, so this game could be a true coming out party.

Furthermore, is Gus Malzahn smells the blood, and sees the wound, we know what he can do. Auburn players laughed afterward about how unready Purdue was to handle SEC speed and power last bowl season, and Minnesota could be a bit of a paper Gopher. They literally didn’t do anything aside from beating Penn State this year. It took escapes against Georgia Southern, Fresno State, and South Dakota State to even run out a 9-0 record. The win over the Nittany Lions was great, but it’s easy when you don’t have a real game before that time. Auburn has been unbelievably battle-tested. That’ll pay off today. This game should come in slow motion for a good chunk of the Tigers.

If Auburn wins, that’s a 10-3 season complete with victories over Alabama and Oregon. All done with a true freshman quarterback. Not bad. If Auburn loses, well, it’s still a solid year, but one that’ll leave a tiny bitter taste heading into spring ball.

Settle back and enjoy the last game of the season, everyone. War Eagle!