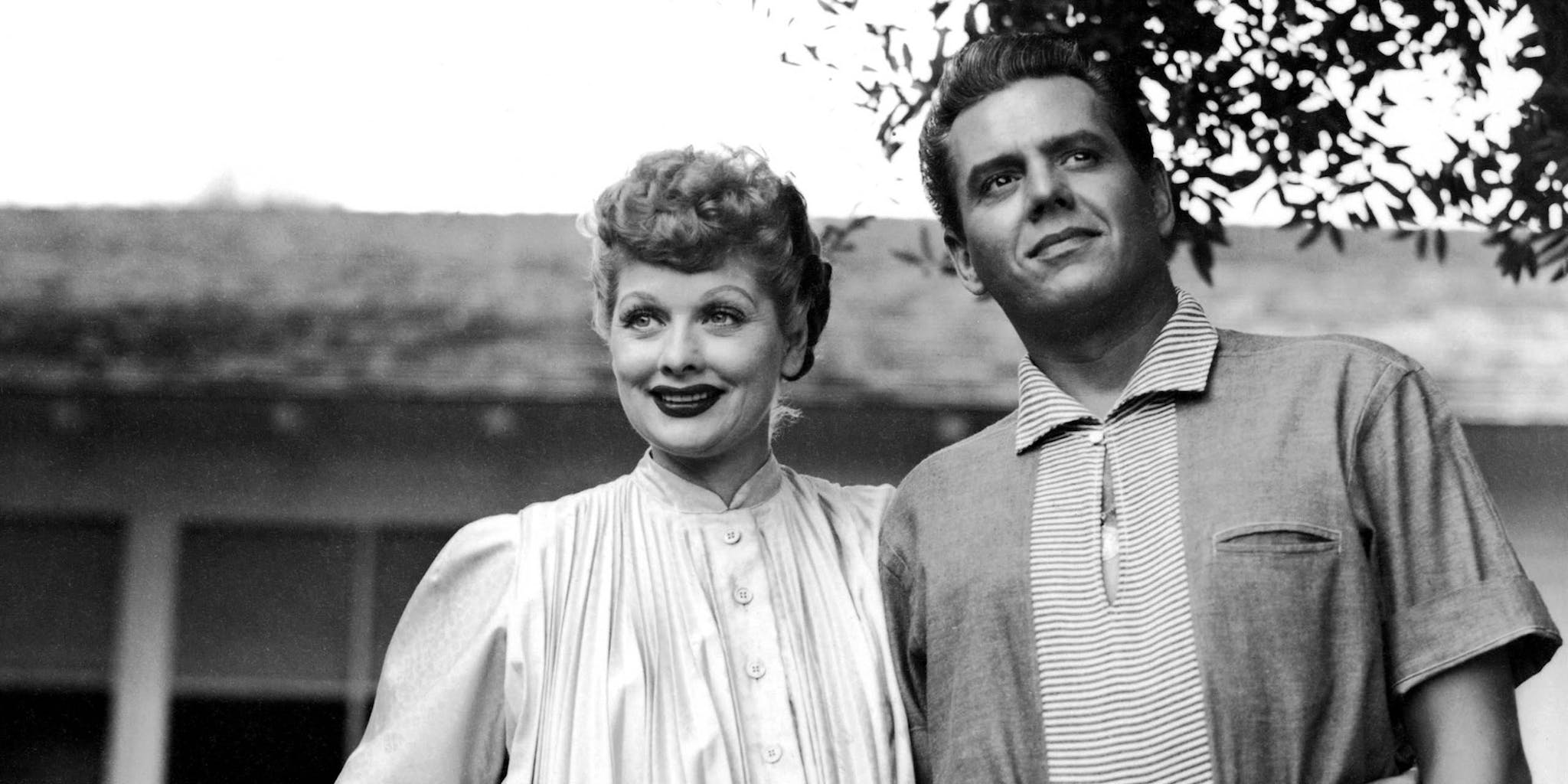 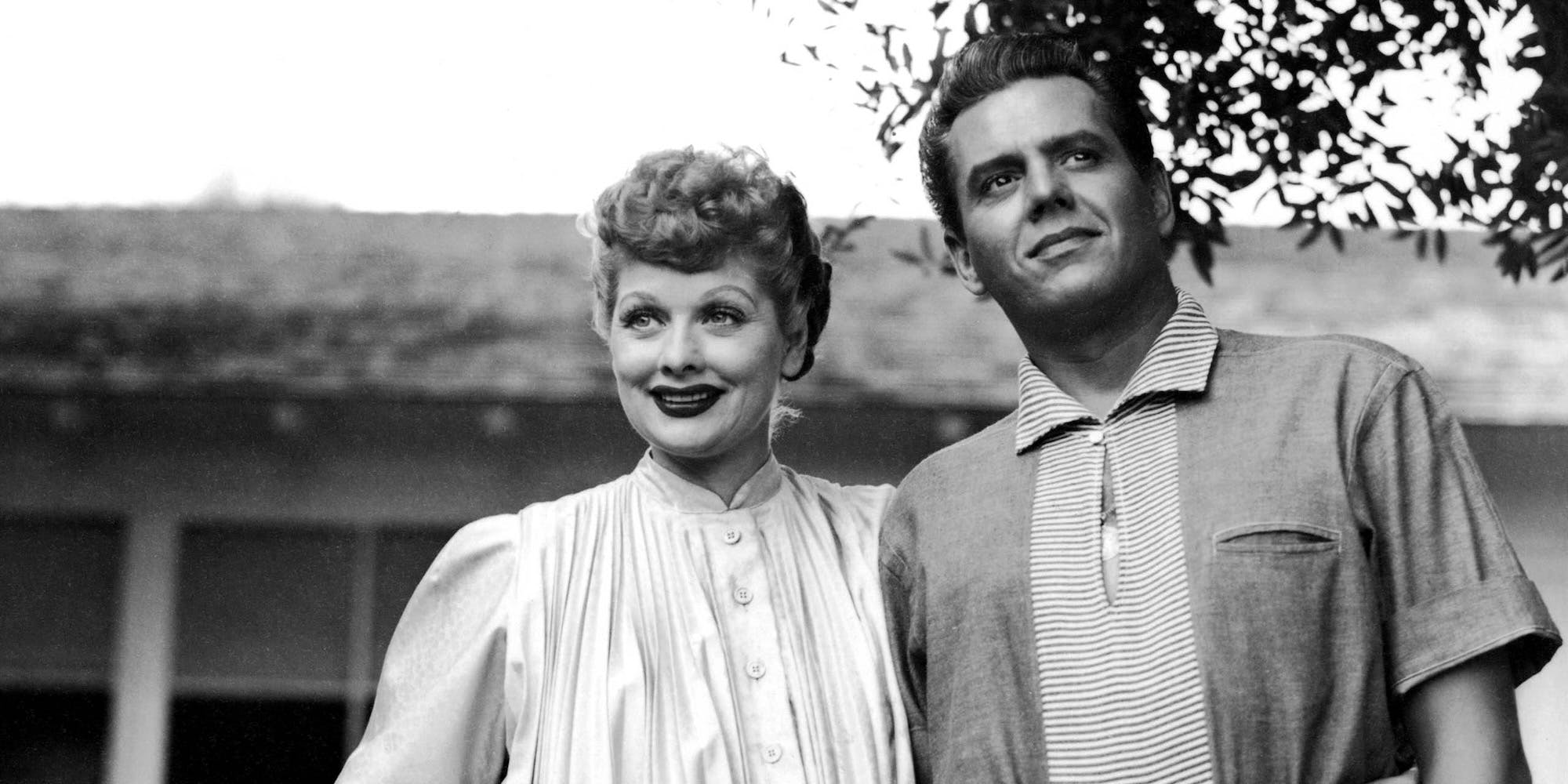 Writer-director Aaron Sorkin might have drawn the collective wrath of the internet when, during an interview about Being the Ricardos, he said that I Love Lucy is “not a show that if we took a fresh look at today, we’d think was funny,” but Lucy and Desi, Amy Poehler’s poignant documentary centered around one of America’s most famous TV couples, seems to argue the opposite at every turn. Highlighting the technical as well as the personal achievements, it’s a celebration of Lucille Ball and Desi Arnaz’s achievements on and off the screen, much of which is still visible today. But Lucy and Desi also treat Ball and Arnaz as individuals, and, depending on how you felt about Being the Ricardos, it can either be a fascinating companion piece or a palate cleanser to Sorkin’s much splashier biopic.

RELEASE DATE: March 4, 2022
DIRECTOR: Amy Poehler
STREAMING: Amazon Prime Video
With a mix of interviews and archival footage, Amy Poehler’s documentary directorial debut is a conventional yet charming and intimate deep dive into one of America’s most famous TV couples.

Much of that story, both in terms of Ball and Arnaz’s origins and what they accomplished on I Love Lucy, might be familiar territory to many viewers, and Lucy and Desi doesn’t stray far from your fairly typical biographical documentary. Thanks to a blend of older interviews and the 20-something audiotapes that they recorded—and provided by their daughter Lucie Arnaz Luckinbill, whose access and insight to her parents gives the film a level of intimacy—Poehler smartly lets Ball and Arnaz tell much of their own story. Several talking heads, which include I Love Lucy key players, their children, and two of Ball’s protégés in Carol Burnett and Bette Midler, provide additional context.

And, of course, there are more than enough clips from both of their filmography—primarily I Love Lucy, but footage from their early careers and the shows they made afterward—to illustrate their talents up-close. Midler, for her part, noted how Ball, in the name of comedy, “wasn’t afraid to look ugly. Which is something you never—almost never saw women do.” It delves both into Ball’s early days in showbiz after leaving her hometown and Arnaz’s childhood in Cuba, his arrival in America, and being taken under the wing of Xavier Cugat before getting his own band before chronicling their fateful 1940 meeting on the set of Too Many Girls. Even with decades of experience under their belt, they still faced an uphill battle when I Love Lucy started to formulate thanks to producers who were resistant to cast someone who looked like Arnaz and had his Cuban accent on TV.

What Lucy and Desi does that feels novel, even within the confines of its more familiar format, is give Ball’s approach to her own style of slapstick comedy as much weight as the laughs themselves. Laura LaPlaca, the National Comedy Center’s director of archives and research and one of the documentary’s talking heads, described Ball as having a "scientific approach to what generates a laugh" and Ball, at one point, admitted that she wasn’t a funny person and that "you don’t necessarily have to be a funny person to get a laugh." Toward the end of her life, Ball became an ardent supporter of the next generation of actresses pushing the boundaries of comedy

It touches on a lot of the plot points of Sorkin’s biopic to different effects. Part of that makes for an unintentional fact-check—for example, the events condensed to a week for the film took place months or years apart. It gives more weight to, for example, laud Arnaz’s achievements in filming I Love Lucy in front of a live audience on tape so that everyone in the country could watch the show with the same quality. Reruns came into fashion after Ball, whose pregnancy sparked a then-rare instance of allowing a woman to be pregnant on television, gave birth to her son and needed to recover. It was Desilu Productions (the company they ran together) that would produce or create some of the biggest shows on television, including Star Trek, The Andy Griffith Show, and The Dick Van Dyke Show, to name a few. Arnaz’s infidelities are mentioned in passing but aren’t expanded upon, while Ball’s alleged communist ties are framed mostly as a potential threat to Ball and Arnaz’s empire. There was some resentment on Arnaz’s part.

Most of all, Lucy and Desi is framed as a love story that first captivated us on TV and stayed with us decades after their relationship ended. They worked together professionally long after their divorce was finalized, and as Luckinbill put it, they still loved each other even if they couldn’t be together as a couple. The myth of Lucille Ball and Desi Arnaz is so prevalent that Ball and Arnaz’s respective spouses (to whom they were married longer than to each other) are more or less ignored; according to LaPlaca, people largely just ignored Ball’s second husband Gary Morton because “it disrupts the fantasy that they want to hold in their minds.” That point is even more evident as Luckinbill relays Arnaz’s final days and the conversations that took place between her parents.

"Underneath all of this painful stuff and disappointments, at the core, it’s all about unconditional love," Luckinbill says early in Lucy and Desi. “I find now that I am much more forgiving in my looking back at all of this. A lot is much clearer to me now.” Lucy and Desi might not buck convention by any means, but with Poehler’s light touch, we might have a better understanding as well.

Lucy and Desi is playing at the Sundance Film Festival and will debut on Amazon Prime Video on March 4.

The post ‘Lucy and Desi’ is a conventional and intimate look at one of TV’s most famous couples appeared first on The Daily Dot.