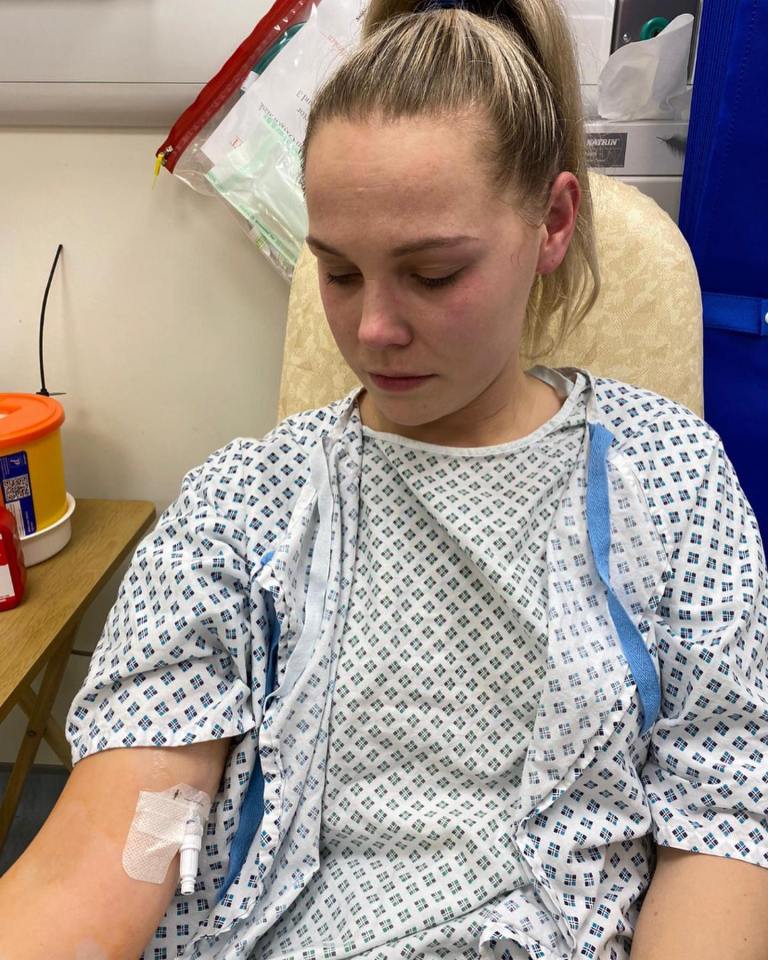 DELIGHTED Lynsey Bennett has declared she is “over the moon” after finding out of one her tumours has shrunk.

The mum-of-two, from Killoe, Co Longford settled her High Court action , earlier this year after she allegedly had her cervical smear slides misinterpreted.

She travelled to Mexico for four weeks of intensive treatment in an attempt to boost her immune system earlier in the year.

She then began treatment with Pembrolizumab and other immunotherapy when she returned home to Ireland.

Now, after just one round of Pembrolizumab, one of Lynsey’s tumours has reduced in size.

The cancer campaigner took to Instagram to share her joy but added that she has received some “bad news” as well.

She said: “Bad news first, your girl has a clot on her lung. Good news is, one of my tumour has reduced a centimetre and a half.”

The beaming mum said she is “so happy” despite specialist’s warnings that she now has a clot.

In February, Bennett travelled to Mexico for new treatment. She said leaving her daughters was made easier after spending so much quality time with them during pandemic lockdowns.

Speaking at the time Bennett said: “It’s to give us a chance to spend more time together so it’s a risk that I’m willing to take.

“I’ve been speaking to other patients who have gone this route and they give you infusions of stuff, different immunotherapies, but they wouldn’t be toxic ones and they use loads of different machines.

“By the time I leave I should have had over 200 treatments give to me before I leave. It’ll be nine, ten hour days, six days a week.”

POOTS MADE FOR WALKING

Bennett’s cancer, it was claimed, was allowed to develop and spread unidentified, unmonitored and untreated until she was diagnosed with cervical cancer in January 2017.