For many, the true meaning of the month of Ramadan is to learn to be more grateful, learn how to live with hardship and reflect on all of your deeds.

However, as we may all very well know, food ends up taking the spotlight during Ramadan with buffets and Ramadan bazars popping up everywhere. This has led to the practice of overeating as well as overspending during the month where you’re supposed to be in the shoes of  the needy.

Taking to Twitter, a user recently expressed her disappointment that many Malaysians seemed to have forgotten about the true meaning of Ramadan.

“I don’t think we respect the month of Ramadan enough. We overspend on food, there’s wastage, littering, traffic jams full of honking, the buying of 5 pairs of Raya clothes, all of which are things which are not right and that we should fix,” said the user.

She also admitted that it also applied to her, however, she has been slowly trying to make amends. “I don’t go around telling people how to respect the month because I don’t think that we’re doing a good job either.”

“I’m trying to slowly change my habits of wasting. I do not need to spend RM1,000 on Raya clothes. Defeats the purpose.”

Meanwhile, she explained that learning to live sustainably has helped. “If I buy it I make sure it’s something I’d wear often. If we follow our impulses then we’d want to buy everything. I don’t like the trend of buying clothes to fit a theme and you stop wearing it eventually. It’s a waste.” 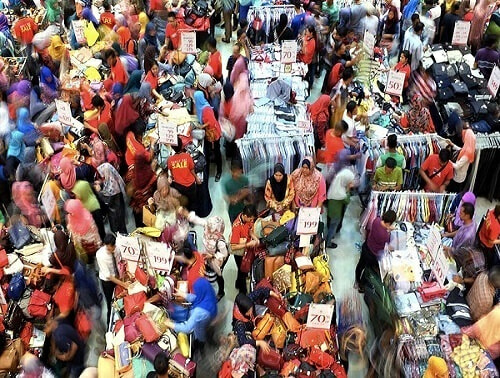 “Before telling people to respect the month of Ramadan, we ourselves have to reflect on whether or not we truly respect it. Remember, we can ask for forgiveness from Allah, but with other people? Happy self reflection,” she added.

Netizens agreed with her!

Her tweet has amassed plenty of attention. It currently sits on over 1,751 likes and 1,001 shares. Plenty of netizens expressed their gratitude towards her for the reminder.

Some users even shared instances where they noticed how people have become wasteful during Ramadan.

“Went for iftar at a hotel buffet the other day and the amount of wastage is actually shocking. People pile on their plates as if there’s no tomorrow and suddenly find that they can’t finish it all, said a user.”

Another used pointed out that we tend to overspend during Ramadan even though the month itself asks us to save up.

“This is what I mean when I said that people don’t really respect this Holy Month but are busy pointing fingers at women on periods for eating,” said a user.

“If the way you eat during berbuka is as if it’s revenge because you had to fast then don’t be nosy and criticise people who don’t fast,” they added.

What do you think? Do you agree? Let us know in the comments.

Also read: Watch: This Malaysian Explains How Detached We Are From The True Meaning Of Ramadhan 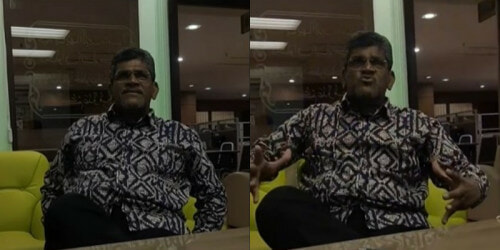