It’s a tough world out there.

Finding a job is hard for everyone, from fresh graduates to seasoned job hunters. And even when you do end up getting a job, you run the risk  of being exploited.

Recently, a LinkedIn post which was reposted on Twitter, shared a real life example of how you can get a job “through cable“.

The person shared their experience of going to a work interview which was for a high management position, only to realise that they were just being used to fill in the interview quota.

“Up until now, I never knew the definition of ‘getting a job through a cable’, until I experienced it last week,” they started.

The person mentioned that they had gone to an interview with only 2 other candidates. “I was putting 200% effort into it as the benefits were good.”

“I found out the two interviewees that were in the room with me were the ex-staff and current staff of the company. They called me only to fill the quota. The ex-staff was destined to get the job and he was only there for courtesy sake.”

“I was clueless and quite disappointed,” they added.

The power of networking

They pointed out that maybe this is how fresh graduates feel after getting rejected by a company.

Reflecting back on their experience, the person reminded people to never make fun of people who are struggling to find a job.

All the effort and struggles they have to go through to only get rejected just because they do not have networking.

The tweet caught the attention of Twitter users who shared their similar experiences when in search of a job.

“I have a friend, his father to his brother, they all work at UTM Skudai. And he’s there just chilling being an office boy at FKA.”

One Twitter user shared how when they wanted to ask help from their friend’s mom to secure a job, she said that they can send in their resume, however, people in a much higher position in the company have already secured positions for their children already.

“Luck is not on the side of people without the benefits of having cables,” said one user.

“Harsh reality nowadays. It’s not that we don’t have the luck and credibility, but when we want to give it a try these people wont even give us a chance because they have their own candidates.”

Another user shared how once they were hired and working in the office, they were questioned by other workers on which cable did they use to get into the position. 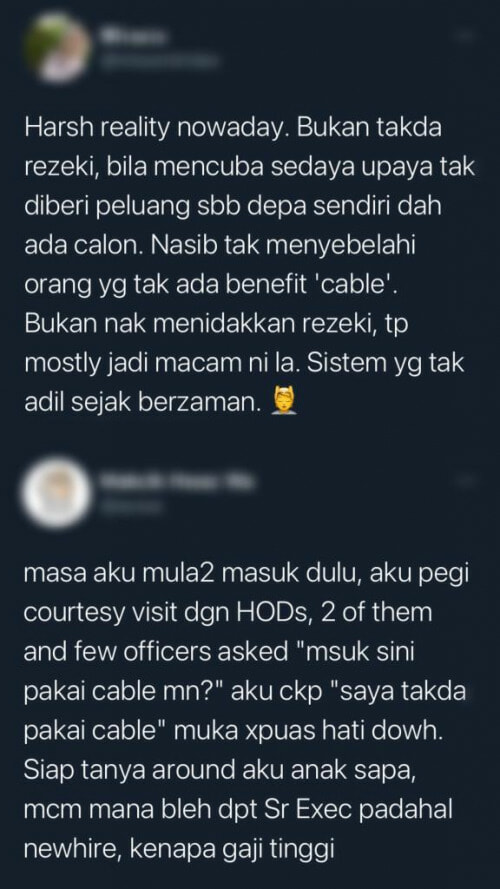 “If we stay like this, Malaysia will never notice people who are more worthy and capable of the job, most of those that uses cable are unable to do their work.”

Twitter users expressed their disappointment, saying that it’s disgusting to see how all the efforts and hope of the candidate was misused and exploited just for an ex-staff to rejoin the company. 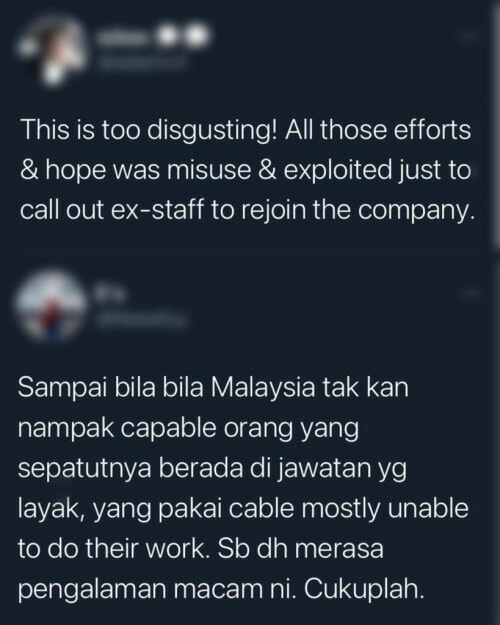 Searching for a job is already a hard task. We hope that future employers are able to make fair decisions when it comes to the hiring of workers. 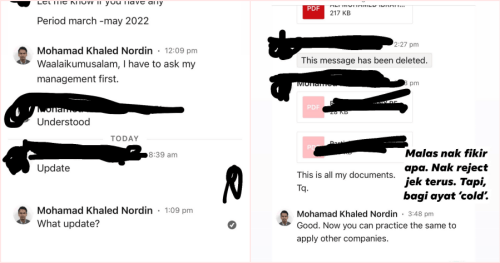