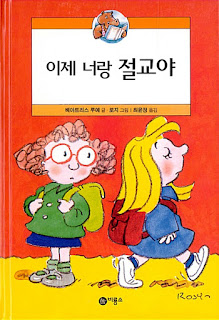 A few months ago, I had a huge fight with a close friend of mine named Anna. Anna and I have known each other since we were about 15 years old, and we knew everything about each other. As the Koreans say:

"우리는 서로의 집에 숟가락이 몇개인지까지 아는 사이였다." (Our relationship was such that we even knew how many spoons were in each others' houses.)

We were always aware that we were polar opposites, and we were always amazed that we somehow made our friendship work for so long. But our trouble started when Anna decided to try a dating app. This particular dating app puts a lot of the burden on the men; I've never tried dating apps, but according to Anna, the men are expected to initiate the first contact, be in charge of setting up the dates, and several dates after the first one. It was supposedly disadvantageous for the women to initiate contact to men who have not already expressed interest.

I don't want to go so far as to call myself a feminist, because I have not actively done anything towards the cause, but I do believe in gender equality, and I thought it was a sexist dating app. I don't think I was alone in thinking this, because the men on that app seemed terrible. One forgot his wallet at home and his plan for the first date was about 30 minutes long; another showed up in running clothes because he planned to go running in an hour, at which point he presumed the date would be over; yet another one told her the wrong location for the first date because they wanted to meet up in a chain restaurant and he confused two chains. This was not surprising to me, because I'd hope that the better men would stay clear away from this app, and that they would want to date a woman who is not just meekly following along, no matter how terrible his plans might be!

Anyway, when I said this to Anna (obviously, I tried to word it more nicely), she got very mad at me, and started defending these men. I felt really hurt, because she was willing to defend these men that she's known for all of three days chatting on this app, against my honest criticism! I mean, I've known her for 15 years, and it took me a lot of courage to even bring this up to her! 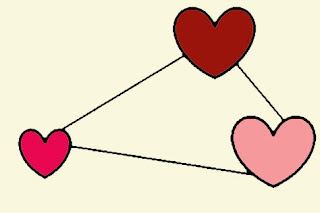 So, I spoke to some other friends about the hurt that I was feeling. Along with some other back stories, they all told me that maybe it's time that I stopped being Anna's friend. I still haven't made a decision on what I need to do, but it does give me an opportunity to talk about a new Korean slang that has been making its way around the internet!
If I were to talk to a Korean friend about my situation, I might tell her:

"나 요즘 애나랑 손절할까 고민중이야." (These days, I'm debating whether I need to cut off my friendship with Anna.)

The word "손절" seems very new; I don't think I knew what this word meant just a couple of years ago. This word originally comes from the stock investors; they used this word to mean that they want to sell off their stock before their loss (손해) becomes unmanageable. That is, they cut off (절단) their losses (손해). And the phrase "손해 절단" became shortened to "손절."

But then, recently, perhaps because almost every Korean was said to be investing in Bitcoins and whatnot, some of these investor's jargons made its way into everyday Korean, including the word "손절." Now it means to cut off an interpersonal relationship (before you become even more hurt). So in many relationship advice forums, you'll see titles like:

"이기적인 친구, 손절할까요?" (Selfish friend, should I cut him off?)

"동기랑 손절하고싶어요. 어떡하죠?" (I want to cut off a classmate from my life. What do I do?)

While this word feels somewhat formal (as its two syllables both have its origin in Hanja), it is nonetheless not correctly used, and some people seem to have strong reactions against it. The correct word to use would be "절교" -- to cut off (절) friendship (교). In fact, when I was a young child going to school in Korea, all our dramas in school ended with someone declaring a 절교 on someone else. Every couple of weeks or so, one of my classmates (I'm ashamed to admit, myself included) would dramatically walk up to someone who have gravely offended them, and declare:

Then everyone would gasp, whisper, and take whichever side we felt was the right one. Perhaps because of these experiences, the word "절교" doesn't feel serious anymore, but I'm pretty sure that you could trace this word all the way back to some ancient 선비s (the scholars of the ancient times), who had irreparable differences in opinion, and decide that they could no longer continue visiting each other or speak to each other!
Source: koreanforinternauts