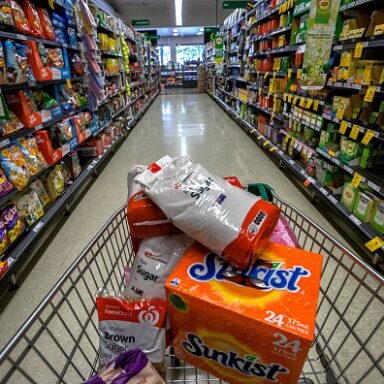 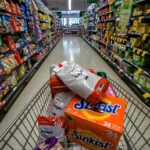 Police in Parker, Colo., are on the lookout for a woman who smacked a King Soopers grocery store employee in the face after the employee hounded the woman to wear a mask.

Per the Parker Police Department, the store also accused the customer of calling the employee a vulgar name before delivering the blow. The incident was caught on surveillance video.

It all started when the King Soopers employee told the customer “repeatedly” that she needed to wear a mask, and the customer refused after allegedly citing a medical exemption. The customer is “a regular at the store,” according to the police report.

The employee told police the slap did not hurt, but that she is pressing for the customer to be charged with harassment. The worker did not want to be named.

“To slap somebody is beyond the pale,” one customer told Denver’s KDVR-TV.

“Grocery workers are Essential Heroes and have been on the frontlines during this entire pandemic at great personal risk,” Cordova said in a statement. “They deserve to work in safe environments but unfortunately that hasn’t been the case. They often deal with customers who refuse to wear masks, overcrowded stores, and stores that lack appropriate and adequate cleaning supplies, among other dangers to their personal safety. To avoid assaults by customers in the future, employers need to provide paid qualified security guards at stores.”