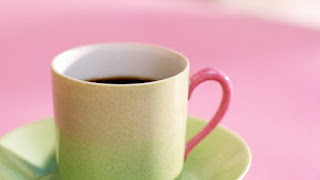 Master allowed the return of the dishwasher and mouse has found a much greater appreciation for that wonderful appliance. Our water bill seemed to have gone up, so we can be sure now and forever that the dishwasher truly saves water. Master reminded mouse that it could have been worse, she could have been washing clothes in the sink. Hearing that, her eyes went wide and she felt like dropping to knees and thanking Him for not doing that.
It is a thing, not feeling grateful to the things we take for granted. The radio has been silent now for weeks and the iPod keeps cutting off the ending of songs (actually she wishes they would make it to the end, but sometimes it cuts off mid-song). The vast expanse of playlists have become unplayable. We still have coffee, so even without music all is ok with mouse's world.

He's been working hard lately, not really staying late at the office or spending hours in His study but working on the sofa, where He can see mouse, even if He's not paying a lick of attention to her, His presence reminds her that she's not His sole focus. It also reminds her that He is her sole focus. Now, before people get all pedantic, "what about the children?" let's clarify that a little, during certain times of the day the kids aren't around this is the time that mouse is talking about.

The times when she waits patiently to be of use to Him, to be helpful without being obvious about it, without asking Him a million times if He needs anything, and understanding that He will make His wishes known in His own time. Now this wasn't something that came easily to understand. At one point a few years ago, she did have a complete understanding of this, but since all our troubles, mouse forgot it. Master seemed so different to her, so very present that mouse reverted back to pestering Him, as though she was expecting Him to retreat to the study.

So, yes, it took a rather stern correction from Him to remind mouse of that very basic thing. There's been a lot of groveling since. This new "normal" feels at times, harder than it was before. He expresses Himself differently to mouse, reminding her that He loves her daily now and that actually makes her mistakes feel far more heavy than they did before. Of course, mouse talked with Him about these intense feelings, so He's not hearing about this for the first time.

Our communication is so much better, and it seems a teeny bit unfair to suggest it, because it never felt bad before, but we both realize how little we talked over the last few years about our relationship. We did speak plenty about other things, including punishment time, but no discussion about what we like or don't like. It's hard to explain, obviously. For a long while, it felt like Master did most of the talking, telling mouse what to do, or what He expected of her. Now, it's more reciprocal, He'll ask mouse what she wants more often than He used to. Sometimes He decides differently but she doesn't pout about it at all. It's more about feeling more blessed for the times He says "Sure" than worrying or keeping score over the "no's".

It's nice being more settled.