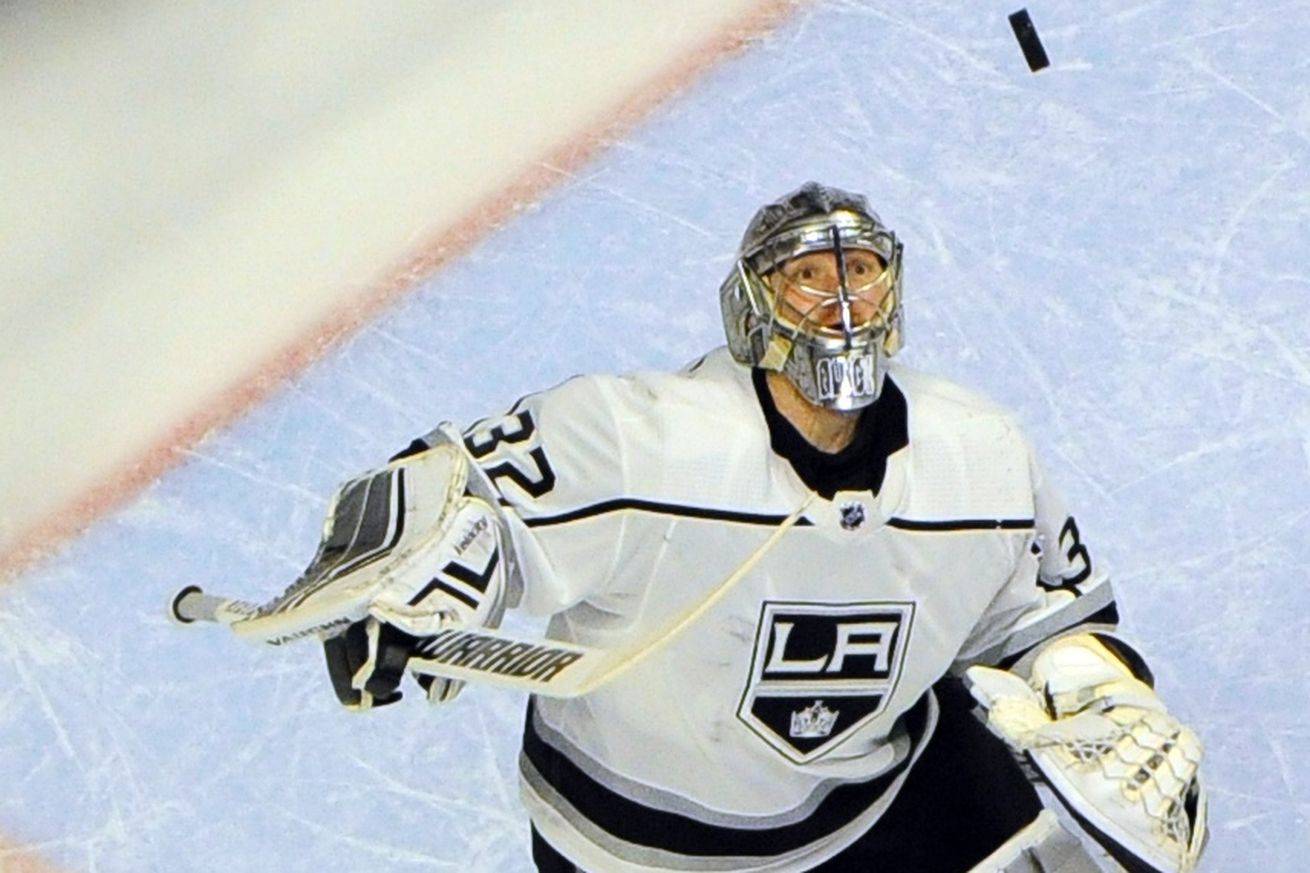 “We have to find a way to be better.” - Interim Coach Willie Desjardins

Thank goodness the trade deadline is finally here. After 3:00 PM EDT on Monday, things will get back to normal. The players can stop moping around wondering if they are next and/or feeling melancholy about Jake Muzzin, Tanner Pearson, Nate Thompson, and Carl Hagelin being shipped off to contenders. I know that John Stevens and Willie Desjardins aren’t Scotty Bowman and Joel Quenneville, but with or without a good coach, they are talented enough not to be blown out by a team that only stood one game above .500 before play on Saturday.

The graphic at the end of the 6-1 loss to the Florida Panthers screamed this:

This game was as embarrassing as it gets. The Kings barely generated chances. They gave up five unanswered goals. Heck they didn’t show up for the third period, getting Jonathan Quick chased and only managing four shots on goal. Drew Doughty—due to make $11 million annually next season—is a minus 14 in his last 23 games. Anze Kopitar is on pace to score 31 points less than last season despite skating with the exact same line.

This team has to find a way to collectively come together in Tampa Bay because if you lose 6-1 to the Panthers (-14 goal differential), you have to be frightened about playing a Lightning team that is a plus 81 on the season.

Where were the positives today? The only two positives that seem to remain are the possibility of drafting Jack Hughes or Kaapo Kakko in this year’s draft. Other than that? I’m still looking for them.

"We have to find a way to be better." - Head Coach Willie Desjardins pic.twitter.com/7r4eah3YjO

The Condensed Game (grab a stiff drink if you’re going to watch):