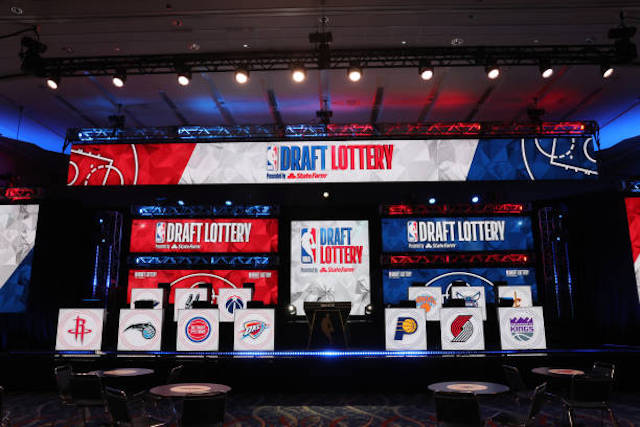 The Orlando Magic have won the 2022 NBA Draft Lottery, landing the No. 1 overall pick.

Right after the Magic, the Oklahoma City Thunder will appear on the clock — before making another selection at No. 12 — and the Houston Rockets will pick their young new star third when the 2022 NBA Draft takes place at Barclays Center in New York City, N.Y., on June 23, 2022.

The Sacramento Kings enjoyed some luck on Tuesday, as they got the No. 4 pick at the expense of the Detroit Pistons — even though the odds of the Kings moving up to the top 4 amounted to just 32%.

Orlando has previously made three selections with the No. 1 pick. The last time they had the honor, they picked Dwight Howard in 2004, who would win the 2020 NBA championship with the Los Angeles Lakers later in his career.

And 12 years earlier, the Magic selected another would-be Lakers legend, using the No. 1 pick to draft Shaquille O’Neal.

Despite failing to secure playoff basketball in the 2021-22 season, the Purple and Gold had no reason to follow the drawing in Chicago, Ill. L.A. sent their 2022 first-round pick to the New Orleans Pelicans as part of the trade package that brought Anthony Davis to L.A. back in 2019.

The pick then landed in the hands of the Memphis Grizzlies, but as it was top-10 protected, New Orleans was almost certain to keep it ahead of the draft. There was about a 99.6% chance it landed in the top 10 after the Purple and Gold ended the season with a 33-49 record, the eighth-worst in the league.

The Pelicans had about a 26% of chance of landing a top-4 pick and 6% to win it all. However, the ball in the lottery machine didn’t bounce their way and they will be the eighth team to select a player on June 23.

Duke’s Paolo Banchero, Gonzaga’s Chet Holmgren and Auburn’s Jabari Smith Jr. have been widely considered the frontrunners to go with the No. 1 pick.

As things currently stand, the Lakers do not have a pick in the 2022 NBA Draft — although it’s always possible they trade into the second round.