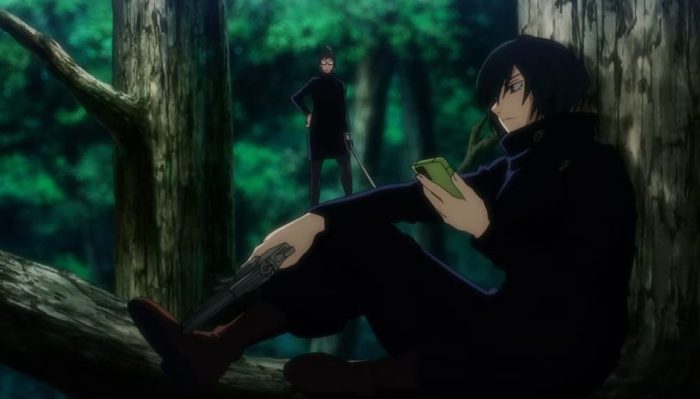 In the world of Jujutsu Kaisen, the Zenin family is a highly regarded clan of jujutsu sorcerers that holds considerable power over pretty much every organization related to Curse exorcism. Mai and Maki Zenin, two twin sisters who failed to inherit the Zenin clan’s powerful jujutsu techniques, clawed their way into the sorcery schools anyway and face off against each other during the Kyoto Sister School Exchange Event in episode 17. Their emotionally-charged battle is fueled by their mixed feelings of jealousy and love toward one another, getting right to the heart of what sibling arguments are all about. Let’s take a closer look!

Mai and Maki were both born into the main sect of the Zenin family but were dismissed as useless because neither of them inherited any of the signature techniques that the clan is known for (unlike Megumi Fushiguro, a branch family member who actually did inherit one). Mai can only manage to reinforce normal bullets with cursed energy and create one additional bullet per day, while Maki can’t even see Curses without special glasses and relies on her own strength with cursed tools to make her way in the world as a sorcerer. They were relegated to servanthood as children because of this, but still have fond memories of that time because they spent it together – Maki even protected Mai from cursed spirits, since not being able to see them meant that she wasn’t scared of them. However, Maki eventually left the family to join Tokyo Jujutsu High, and Mai enrolled in the Kyoto school so as not to be left behind. She grows to resent Maki for throwing away their peaceful existence in order to prove her worth to people who would never acknowledge it anyway and endures constant shaming from the other Zenin members for her perceived shortcomings. Maki just keeps moving forward, unencumbered by expectations and following her dream of becoming the Zenin family head for her own sake.

All of these pent-up feelings the twins have been holding onto for so long finally explode when they meet on the battlefield for the first time. Maki calmly hides in the woods with her sword (actually Kasumi’s sword that she stole during her previous fight), while Mai erratically fires shots from her revolver in a vain attempt to find her. After Mai uses up six shots, Maki takes advantage of the reload time to pounce on her sister, only for Mai to suddenly fire one more shot right at her face. It’s the extra bullet that Mai can make with her cursed energy – a technique that she purposefully withheld from Maki in hopes of besting her someday! Mai thinks that she’s finally won, but Maki’s superhuman strength and reflexes allow her to catch the (rubber) bullet with her bare hands and knock her sister down with the back of her sword. Mai breaks down in tears, at last admitting to Maki that she never wanted to be a jujutsu sorcerer in the first place and wishes that they could’ve just “stayed at the bottom” and lived a normal life together. Maki only states that she would’ve hated herself if she did that and walks away. Nothing really gets resolved and the two still don’t see eye to eye, but that’s just how most sibling arguments are, isn’t it? Both sisters have their own legitimate reasons for their actions that are ultimately rooted in love for each other, but remain at odds because they can’t see past their own tunnel vision. Even though they could repair their relationship by just talking things out, they probably aren’t emotionally ready for that kind of conversation. For now, all they can do is take out their frustrations on each other. 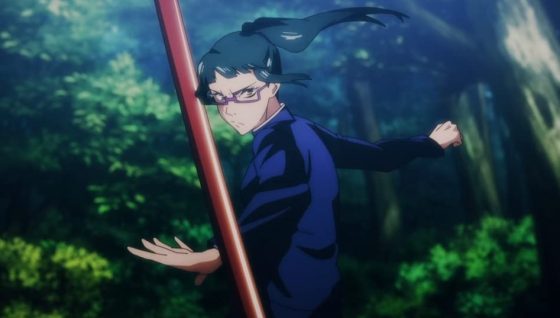 Mai and Maki’s fight in episode 17 is both beautiful and tragic, and we hope that they can eventually get to the point where they can heal their broken sisterhood. If they manage it, we have no doubt that they’d be an amazing team! C’mon, Jujutsu Kaisen – make it happen! What did you think of our analysis? Have you been watching Jujutsu Kaisen this season? Whose side were you on during Mai and Maki’s battle? Let us know in the comments, and thanks so much for reading!