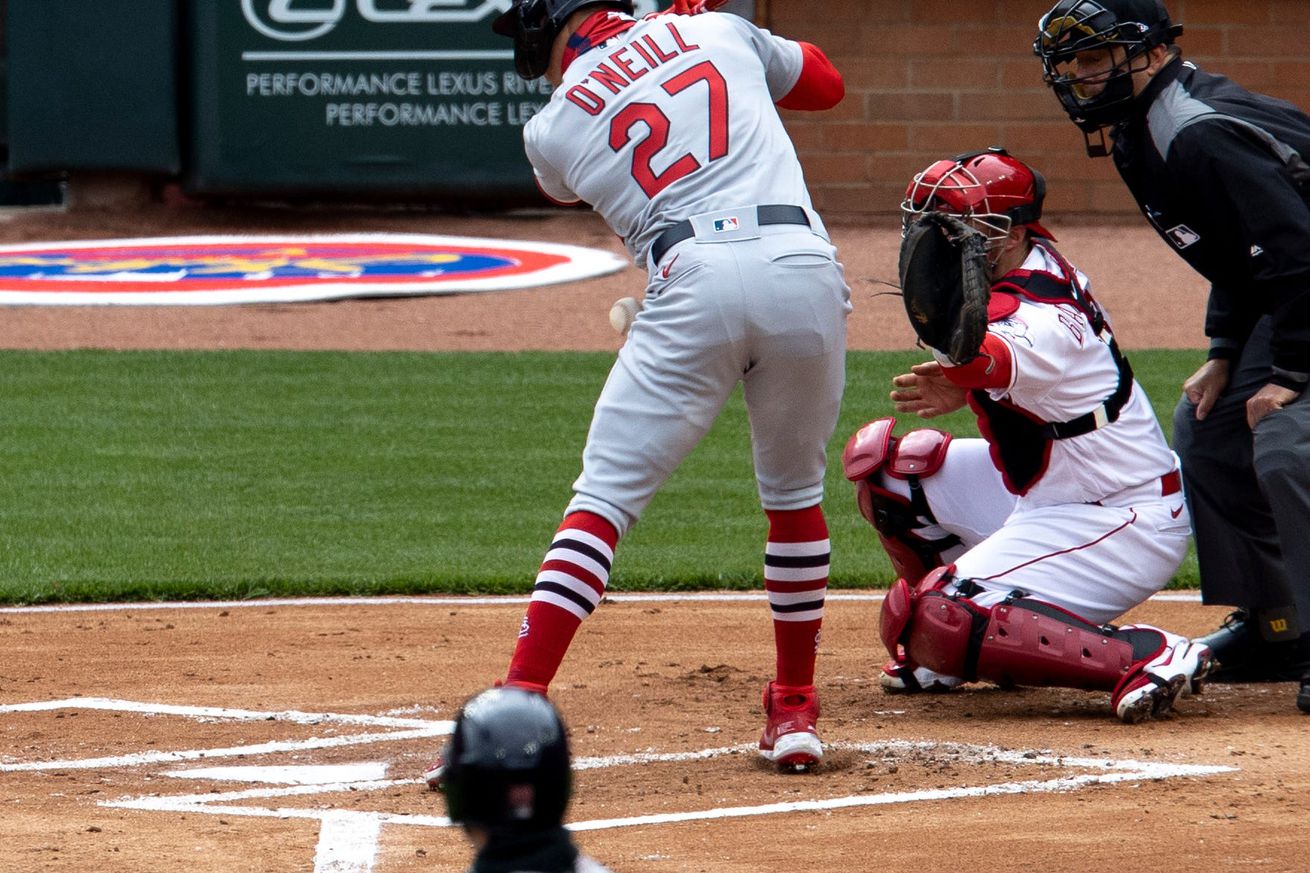 Has the new scrutiny on substances on the ball increased the league’s HBP? Let’s take a look!

When I was writing yesterday about the problems with the three batter minimum rule and how difficult it is to be a Major League pitcher I was reminded of a change Major League Baseball made before the 2021 season. Starting in 2021 the league put an increased emphasis on monitoring for foreign substances on the baseballs. Part of the league’s concern is pitchers gaining a competitive advantage by using substances to get a better grip on the ball. The argument from pitchers is that having maximum control of their pitches is important for safety. This of course begs the question*: are more batters being hit by pitches?

We are now a month into the season and with that comes a month worth of data to try to find the answer to this question. Baseball Prospectus actually had a similar idea and beat me to writing about it, which is both very validating and also a little frustrating. Their article is behind a paywall, but it you are subscribed feel free to check it out here! Hopefully I can kind of add to what they have already looked at, but I haven’t yet read their article to try to remain impartial.

My plan for looking at this is was to start simple and look at the first month of HBP data for each year going back to 2011. From there we will create a ratio of HBP to PA to help standardize everything. Here I have to insert a huge shoutout to former VEB site manager Craig Edwards for basically finding the exact data I was looking for and sending the link to me.

The first thing that sticks out to me is the fact that this number has been steadily increasing from year to year. So far in the first month of 2021, it does not seem like hit by pitches have increased any more than usual. By now you have probably read enough of these to see where I am going next. Let’s look at the cumulative month by month totals for the last ten seasons and check for trends.

Is it just me, or does it look like the number of batters hit by pitches increased month to month pretty linearly, but suddenly after July of 2017 it spiked and then we see that increase carry over to 2018 and on?

My first thought was that was when they changed the ball, but my research shows that MLB admitted to doing that back in 2015. Maybe it is nothing, but it is curious, at least to me.

Regardless, MLB pitchers are once again on track to plunk a larger percentage of batsman than they have the year before and they consistent increase has to be due to something: maybe the increase in breaking balls thrown or maybe there is a higher premium on velocity (though to note: average velocity does not appear to have increased according to my research) and less concern about control. Maybe batters are leaning into more pitches because more confidently because the increased use of protective equipment. It could be any number of things and I do not know if there will be a way to figure it out.

As it stands the percentage of batters that are hit by pitches is still pretty low, even as the number increases over the years. It is not not-a-concern — player safety should always be the first and foremost priority — but it has not reached a level to where it is a problem.

At least not yet.

what else is going on in baseball...

Eduardo Rodriguez Is Back and More Dominant Than Ever | FanGraphs Baseball

what the cardinals are up to...

MLB announced that four teams (of which the #stlcards are one) have reached the 85% plus two weeks threshold for relaxed protocols. Five others are at 85% and waiting out the two weeks.

MLB says 81% of Tier One personnel are partially or fully vaccinated.

Adam Wainwright will be placed on the COVID-19 IL as a precautionary measure after a family member tested positive, sources tell the @TheAthletic. He will not travel to Pittsburgh, but the team is hopeful he will return Monday.

Series preview: Cardinals come to the ‘Burgh for a weekend series | Bucs Dugout