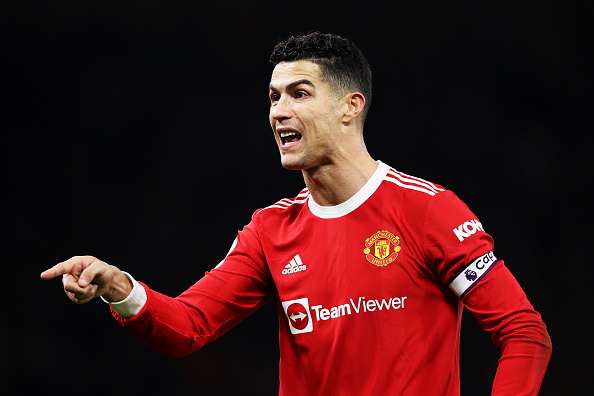 Manchester City ‘dodged a bullet’ by failing to sign Cristiano Ronaldo, according to Trevor Sinclair who claims the Portugal superstar is causing ‘problems’ at Manchester United.

Ronaldo spent six seasons at Man United earlier in the career and went on to establish himself as one of the best players of all time during a nine-year spell at Real Madrid in which he scored a staggering 450 goals in 438 games and won four Champions League titles.

While Ronaldo remains a prolific goalscorer and an elite player, there are concerns over his work-rate and ability to press, particularly under interim manager Ralf Rangnick.

Manchester City were close to signing Ronaldo before he decided to return to Manchester United but Sinclair says that may have been a blessing in disguise for the Premier League champions.

‘I really think that. You look at some of the players who are really struggling for form at Man United, [Jadon] Sancho, [Marcus] Rashford.

‘He’s got to know his role. You’re a footballer, hired by the football club, keep your mouth shut at times – that’s what you’ve got to do.

Sinclair, who made 98 appearances for Man City and 12 for England, added: ‘I think Ronaldo’s causing a lot of problems at the football club.

‘Not just his lack of goals in recent times but the fact that Ole Gunnar Solskjaer’s gone, and then Michael [Carrick] went in and dropped him for a game.

‘I just feel it’s been one of those signings where it’s looked good, but it’s far from good.

‘For me, one of the reasons I think he may not have considered Manchester City – and it wasn’t trophies, because he would have won silverware there – is because he didn’t want to be second fiddle to Pep [Guardiola].

‘Whereas he could go into United and almost feel like he could bully Ole a little bit, obviously Carrick was a stand-in manager, and then Rangnick has gone in there.

‘I think he just wants to do what he wants and what’s best for him, and it’s not the best for the club.’

Manchester United, who have slipped to seventh in the Premier League table, face Aston Villa in the third round of the FA Cup on Monday evening.