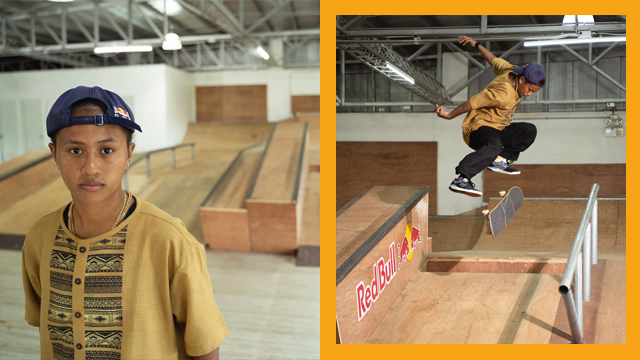 (SPOT.ph) Being an athlete isn't exactly easy in the Philippines. So when skateboard pro Margielyn Didal got the chance to design a skatepark, she took it. Now, a fully fledged skater's haven in the Soul Sierra gardens of Cebu City exists— and it is where the two-time South East Asian Games gold medalist is currently training in hopes of getting on an Olympic podium.

The brand-new skate park was funded by Red Bull and supported by the National Skateboarding Association. Didal herself had a hand in designing the obstacles for the "first-ever training facility in Cebu," as she called it in Red Bull's sneak peek of the place.

Margielyn Didal on What This New Skatepark Means

This new skate park is a safer place where Didal and fellow national skateboarders can train amid the still-raging pandemic. She is set to compete in the U.S. and Europe before the Olympics—a huge feat for a kid who used to skate on the streets of Cebu City.

"Since I started skating I always used to go to our local park, but they shut down and, since then, I’ve just been skating the streets—and getting kicked out," Didal told Red Bull in an interview. "Until now!" she adds. And with a custom-built skatepark, she definitely won't be kicked out for skating anymore.

Aside from getting more medals, the 21-year-old is also aiming to start a permanent indoor public skatepark to help field more interest in the sport. This new one might just be the ticket—fingers crossed more people get to use it when it is safe to do so.

“The NSA (National Skateboarding Association) was formed when skateboarding became an Olympic sport,” explained Carl Sambrano, the association's president. Skateboarding may be a newcomer to the age-old games, but it has certainly received some support. "Regionally, the Philippines is number one. We have the most medals than any other country, in both men’s and women’s," adds Sambrano.

The new skatepark means that athletes now have a place to train in locally, eliminating the need to go abroad in the hunt for better facilities. "From it being illegal in some places to skateboarding facilities being created, it’s now free to skate in the Philippines," said Sambrano.

Hey, Spotters! Check us out on Viber to join our Community and subscribe to our Chatbot.

We are now on Quento! Download the app on Google Play or App Store and enjoy more articles and videos from SPOT.ph and other Summit Media websites.