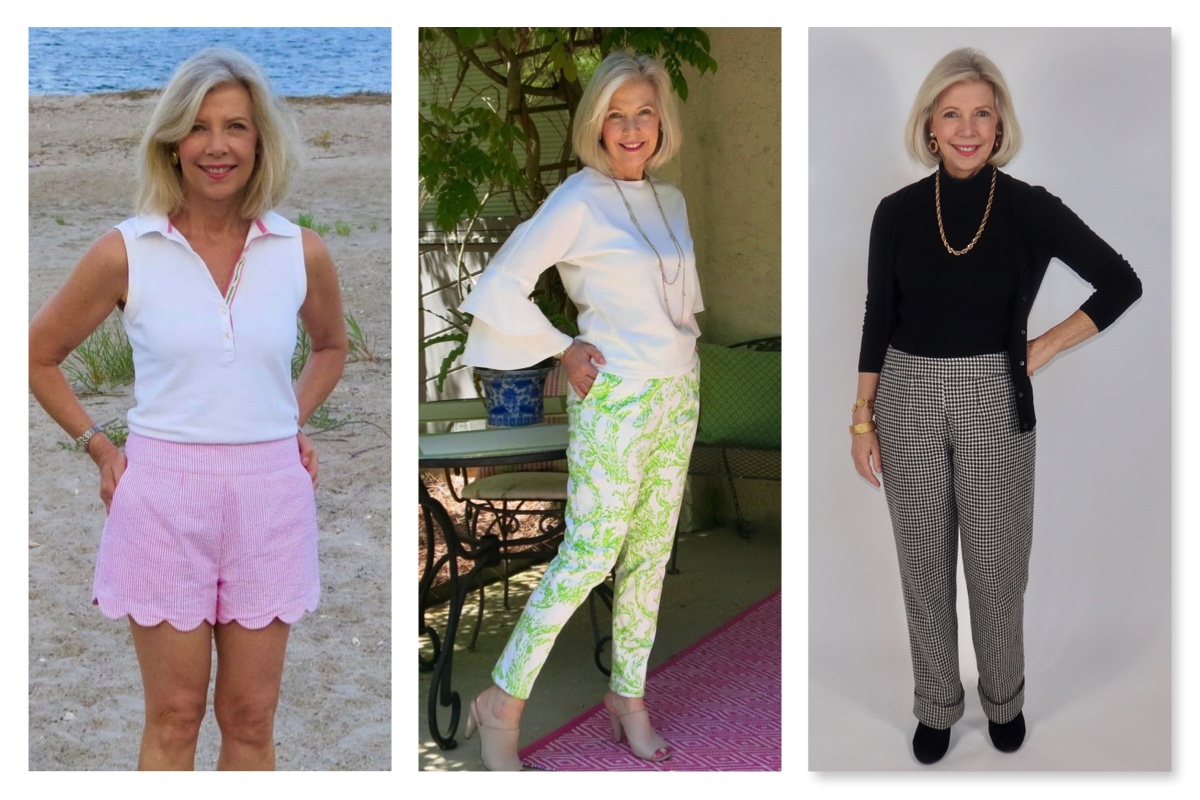 ” I like being a woman, even in a man’s world. After all, men can’t wear dresses, but we can wear the pants.”
Whitney Houston

When I told my husband I needed a prop to enhance the stark white background, he suggested Lulu 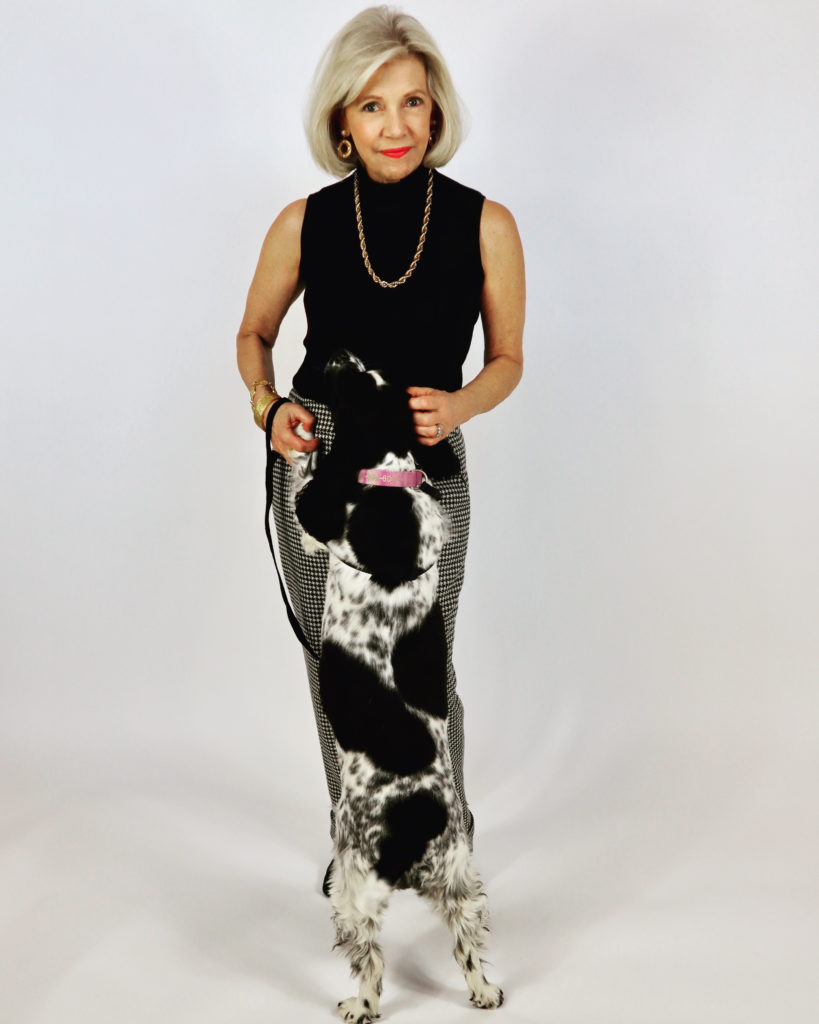 Greetings…. I  have dozens of dress patterns but only a handful of pants patterns. That needs to change as pants play such an integral role in my wardrobe. 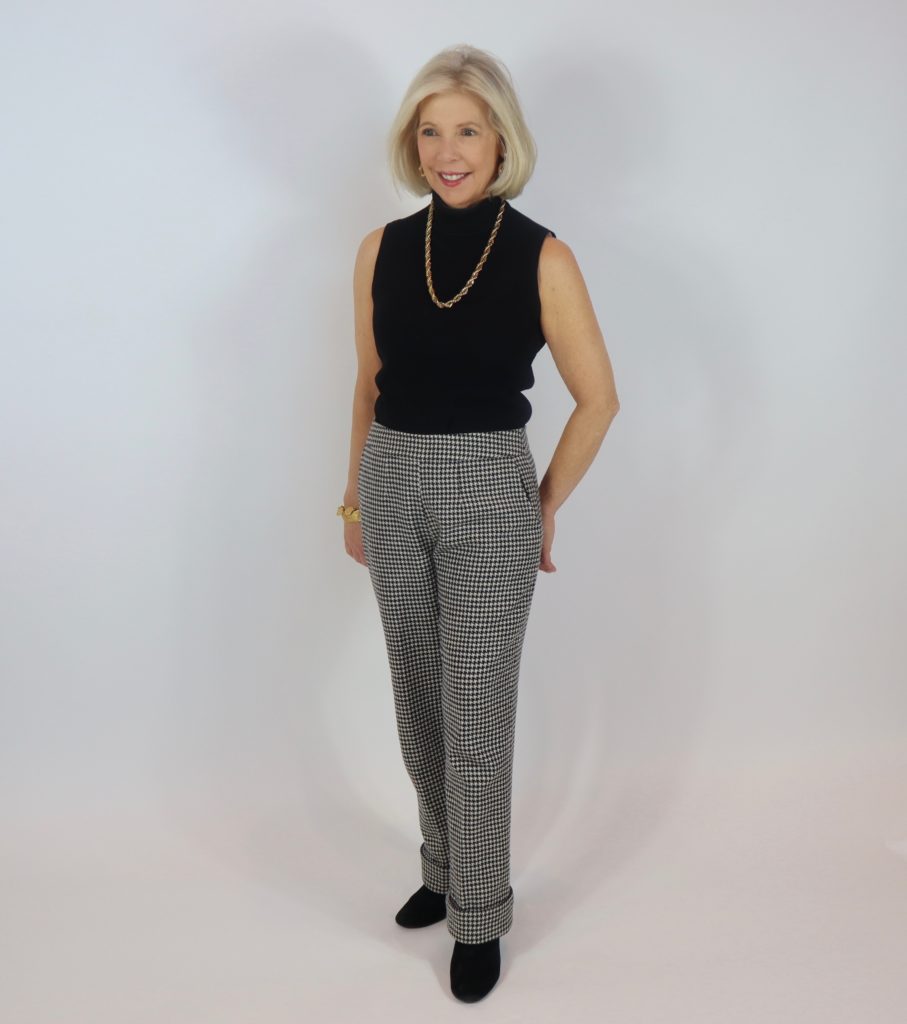 Two years ago I sewed McCall’s 6930 as a pair of shorts. I’ve now sewn this pattern three times in three different fabrics:  seersucker, stretch cotton and now wool. The wonderful wool is an earlier birthday present from my lovely friend Petra. 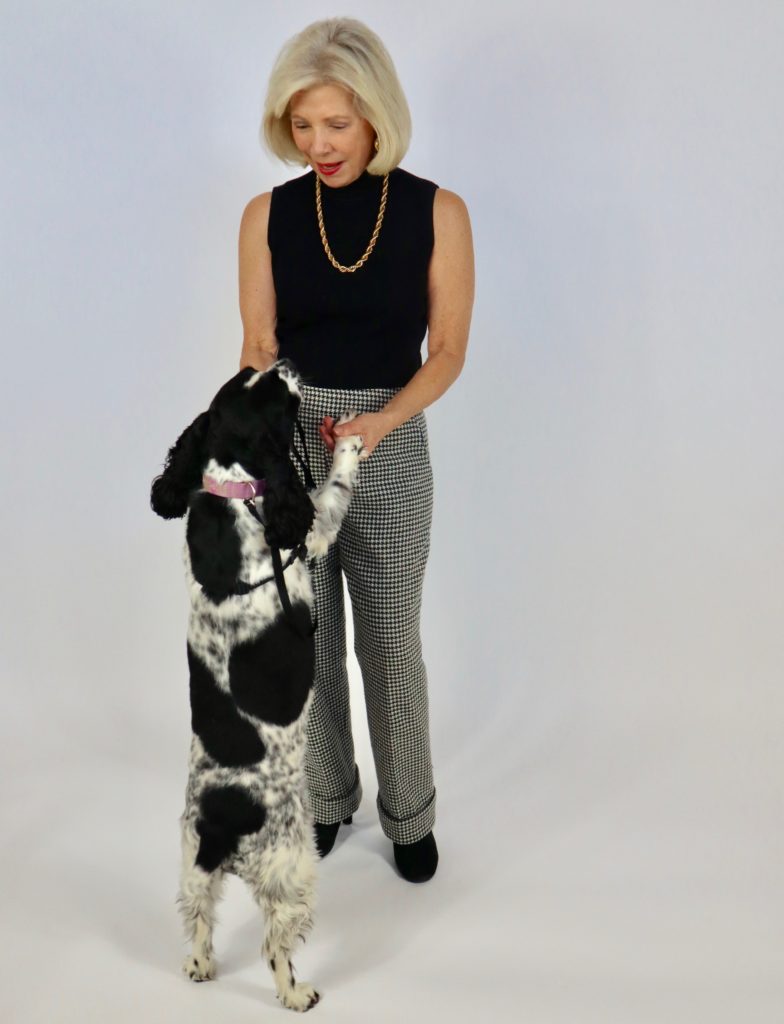 The pattern is designed as a tapered trouser or short, but for cold weather wool pants, I wanted a pair of straight-leg trousers, and the pattern was easily adaptable. 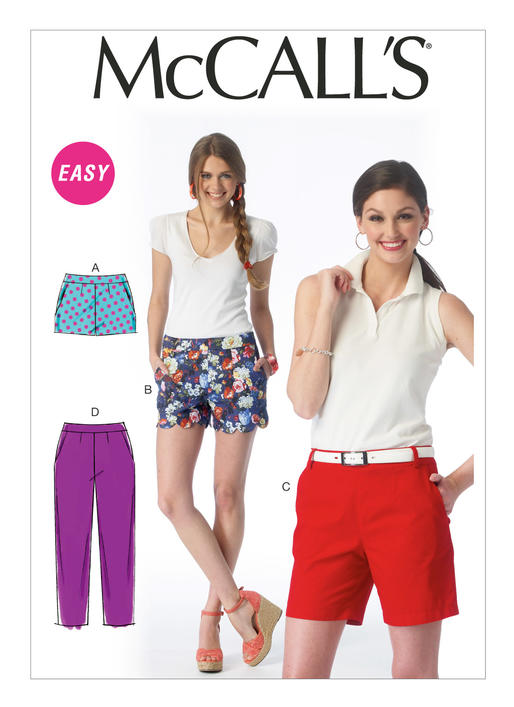 Straight-leg trousers maintain the same width from knee to ankle and look good on nearly everyone because they are more forgiving for most body shapes. To change this pattern to a straight-leg design I simply widened the front and back pattern pieces starting at the knee. I also extended the length by six inches.

I particularly like this pattern because it embodies several details which provide a flattering fit: 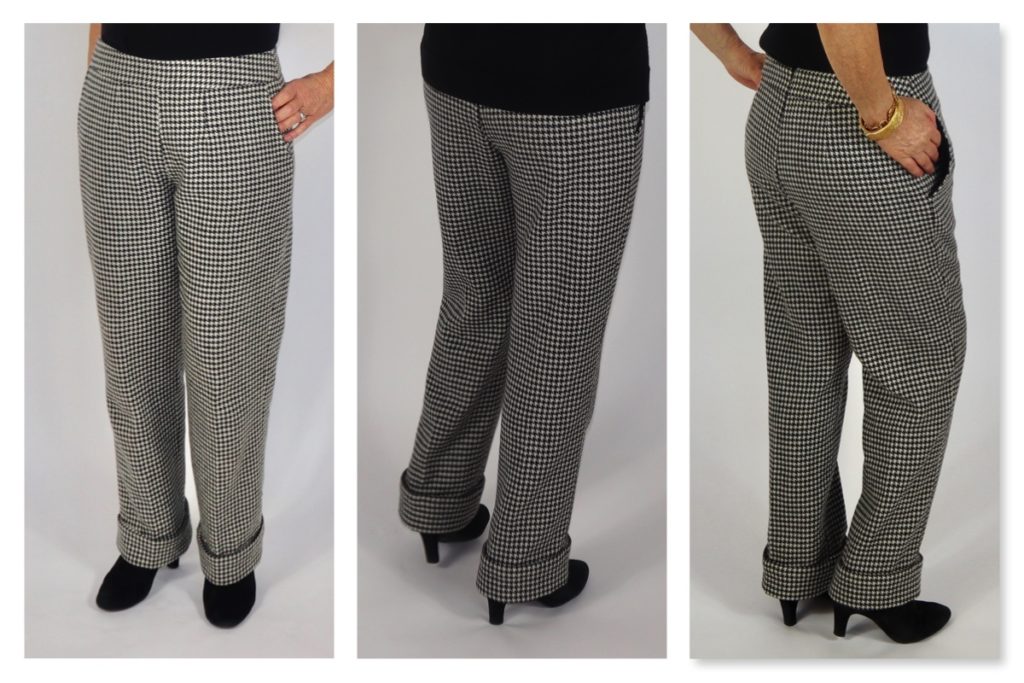 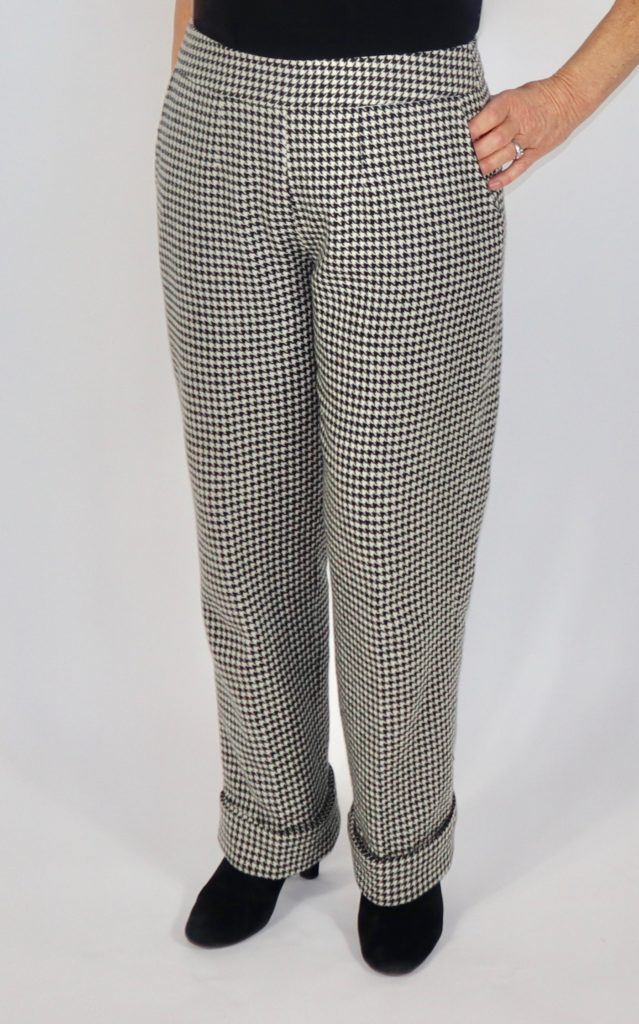 The six-inch leg extension was not enough. I tried to like this too-short finished length but the proportions were just not right. I could only wear the pants with flats and the wider leg needed heels to get the look I was seeking…. so I added cuffs… big cuffs 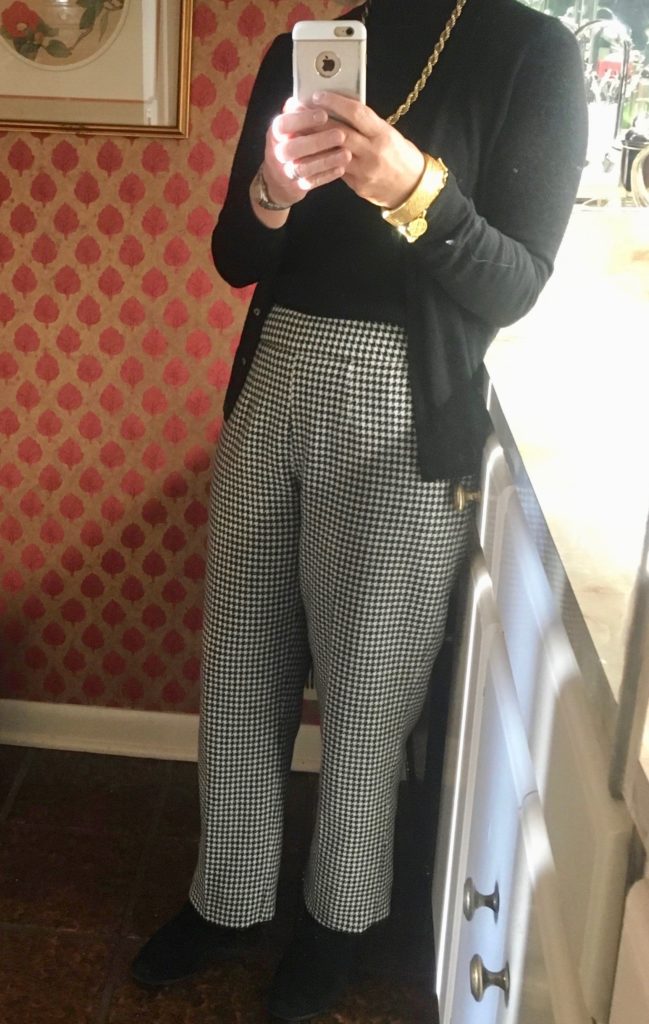 As I started exploring cuffed trousers, I learned King Edward VII is considered the originator of the traditional cuffed pant in the 1890s, before they became an American standard in the early 20th century. Since then, cuffed pants remain a mark of quality in bespoke tailored pants as well as off-the-rack pants.

Brunello Cucinelli, Michael Kors and other designers are featuring huge cuffed pants this season so I felt safe with the 3″ addition. 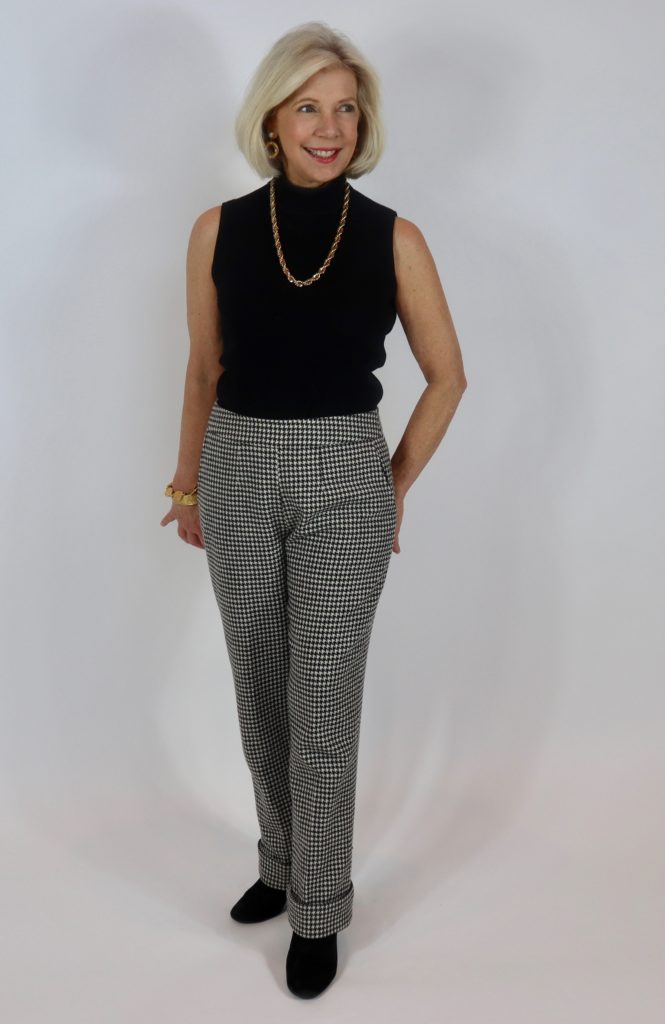 Other pattern alterations included lining the pants, using an invisible zipper and omitting the waist tab, hook and eyes. I followed the same steps I used when sewing the seersucker shorts. The entire process is detailed here.

One pattern three ways and definitely worth more! 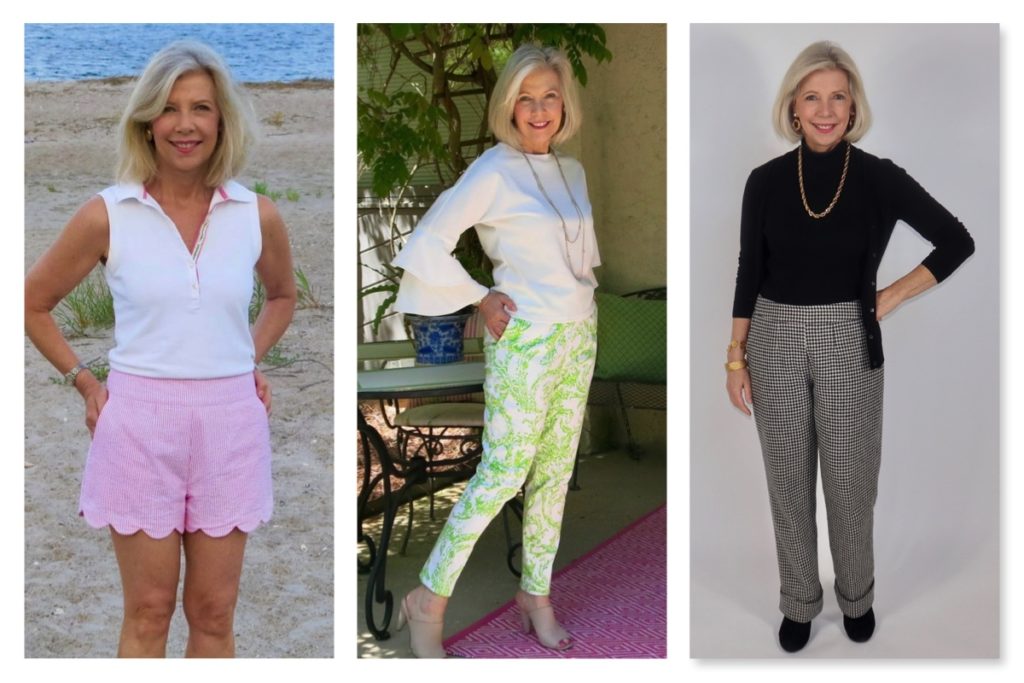 PS…… My turtleneck is the True Bias Nikko Top and Dress, and easy close-fitting turtleneck pattern which I’ll write more about soon.